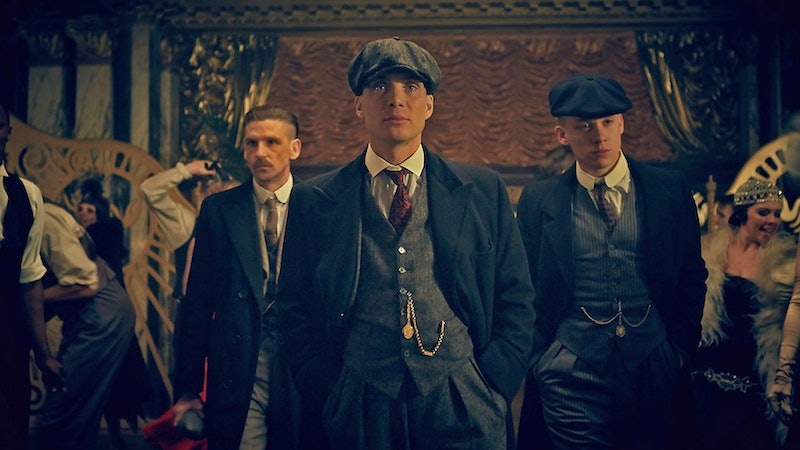 The fifth series of the hit BBC drama Peaky Blinders is set to arrive later this year. Viewers last saw the Shelbys in action back in 2017, when the fourth series of the drama concluded. Since then, viewers have been eagerly awaiting the return of the crime-drama, details of which have been scarce. However, Peaky Blinders's creator recently revealed some major spoilers, sending anticipation for the upcoming season into overdrive.

According to Variety, the man behind the hit BBC series, Steven Knight, made the revelations whilst speaking at the Canneseries TV drama festival in Cannes, France. He teased that lead character Thomas Shelby will undergo an unexpected transformation throughout Series 5, however, he also detailed what viewers can expect from Shelby as far as Series 7. He said, "[Series seven] will tell a different story, where Tommy Shelby — who begins as this nihilistic, looking-out only for his family person — will be redeemed, and he will become good. I want to take him on that journey from the person we saw [in series one], to the person he will become in 1939."

Knight also previously revealed some Series 5 plot points. He told the Express, "1929. Wall Street Crash. That’s how it starts and they lose all their money and so they have to find other ways of making money. It’s set in ’29 into the 30s. Tommy is now a politician, so it’s about some of the political developments that were happening that will eventually lead to the Second World War."

The show's creator also discussed how the upcoming series came together in an interview with Digital Spy, "I can honestly say that it's the best yet. It's really good. It's fantastic and it all fell together beautifully. I think audiences are going to be on the edge of their seats."

As the Radio Times reports, filming for Peaky Blinders Series 5 is well underway. And the show will move from BBC Two to BBC One upon its 2019 premiere. Director of BBC Content, Charlotte Moore, also explained the decision behind the channel switch. She told the publication, "Peaky Blinders is world class drama at the top of its game and the time has arrived for it to move to the UK’s biggest channel. Steven Knight’s epic storytelling is authentic and utterly compelling and I want to give it the chance to be enjoyed by an even broader audience on BBC One. We couldn’t have asked for a better response to series four and the impact it had with young audiences. This move will also give BBC Two more creative headroom to experiment with new drama."

According to the Express, the show's main cast are expected to return to the fifth series of the BBC drama, including Cillian Murphy as Tommy Shelby, Helen McCrory as Aunt Polly, Paul Anderson as Arthur Shelby, Finn Cole as Michael Gray, Natasha O’ Keeffe as Lizzie Stark, Aimee-Ffion Edwards as Esme Shelby, and Sophie Rundle as Ada Shelby.