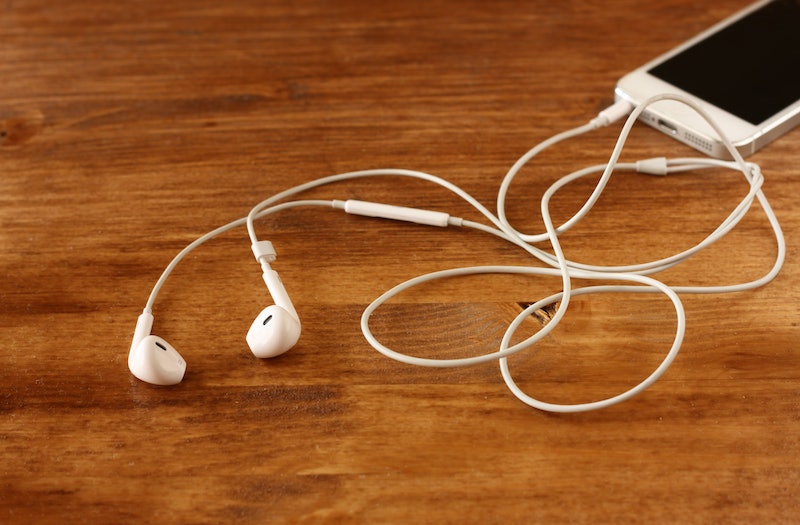 Listen, I know. Just saying the word “podcast” makes a lot of people groan. Before I found podcasts featuring diverse voices, I assumed the only ones that existed were stodgy or dry or just a thing people were doing to bolster their personal brand. (Or they were Serial.) But you know what happens when you assume? You miss out on a lot of good podcasts.

Like most popular media, podcasts have had a diversity problem. Networks rely heavily on cross-promotion to make audiences aware of new podcasts, both within their own networks and on others. This method of growing audiences through cross-promotion may be great for creating a stronger podcast ecosystem as a whole, but it isn’t necessarily great for creating a diverse one. As Charley Locke over at Wired points out, “When a white, male host recommends another podcast hosted by a white, male host to a white, male listener, there’s not much room for a diversity of voices.”

So if you’re looking to make your playlist more diverse or want to be part of conversations about race, here are 11 podcasts you should consider listening to the next time you press play.

Code Switch is NPR’s podcast on race, ethnicity, and identity. It’s hosted by journalists Gene Demby and Shereen Marisol Meraji. They describe the podcast as being definitely not "post-racial," focusing explicitly on how race intersects with culture and society.

Episode to start with: Nate Parker's Past, His Present, And The Future Of "The Birth of A Nation"

Still Processing is a podcast from The New York Times hosted by Wesley Morris and Jenna Wortham. They cover all your pop culture favorites, from RuPaul to Girls to Beyoncé. You’ll laugh, you’ll learn, and if that lineup of topics doesn’t sell you on the show, Morris and Wortham’s fun, natural banter will. They're currently on hiatus but have a special live episode coming out on Jun 12.

Episode to start with: The Kanye-thon

Where you can listen: iTunes

On Black Men Can't Jump, hosts Jonathan Braylock, James III, and Jerah Milligan review movies starring people of color, looking at them through the current context of race in Hollywood and why Jennifer Hudson deserved better than Cats.

Episode to start with: "You Got Served" ft. dancer Ashley Seldon

Where you can listen: Spotify

While not exclusively about race, Hidden Brain is about the unconscious patterns and biases that shape us. It’s hosted by NPR’s Shankar Vedantam, and if he had been my science teacher, maybe I would have retained some of what I learned in AP Biology. Each episode focuses on an aspect of science or human behavior often unexamined or unnoticed, explaining it in an approachable way through storytelling.

Episode to start with: Encore of Episode 20: Remembering Anarcha

Created as part of The New York Times Magazine 1619 project, the 1619 podcast talks about the history of American, staring with the ship carrying more than 20 enslaved Africans arrived in the English colony of Virginia in August of 1619. Nikole Hannah-Jones traces the impacts of slavery as it touches every part of America's foundation.

Episode to start with: "Episode 1: The Fight for a True Democracy"

Where you can listen: Apple Podcasts

Hosts Kid Fury and Crissle West are the pop culture guides you seek. Each episode of The Read analyzes current cultural events, giving you the analytic precision of a Times review with the humor, honesty, and tea of a good Twitter thread. As they put it, “no star is safe from Fury and Crissle unless their name is Beyoncé. (Or Blue Ivy.)”

Episode to start with: “Beychella”, obviously.

If your podcast queue is filled with true crime, next on your list should be NPR's White Lies. The series investigates the 1965 murder of civil rights activist Rev. James Reeb. No one was ever convicted. "White Lies" goes back to Selma, Alabama, where Rev. Reeb as murdered, and works to expose the lies, secrecy, and racism in the case.

Episode to start with: "Episode 1: The Murder Of The Rev. James Reeb"

Where to listen: NPR.org

You probably know host Phoebe Robinson from her podcast with Jessica Williams, 2 Dope Queens. If you’re like, “What is 2 Dope Queens?” you better educate yourself on all of their available episodes right now. Then, get started on Sooo Many White Guys, Robinson’s direct response to the lack-of-diversity issue in the podcast world. Each episode, Robinson interviews a non-white and/or non-male guest. But have no fear, white dudes! She has one token white guy on each season to speak on behalf of all white dudes everywhere. (Gee, what's that like?) While there hasn't been a new episode since March 2019, you have four seasons worth of interviews to catch up on.

Episode to start with: #14 Phoebe and Margaret Cho Hope They Die Alone

If the list of things you love is as long as the thing you love to hate (or hate to love), Tre’vell Anderson and Jarrett Hill's FANTI is for you. From pop culture to politics to problematic faves, FANTI dissects the things that don't always love us back.

Episode to start with: "Tyra, We Were All Rooting For You"

Hosts Fumi Abe and Mic Nguyen talk about Asian diaspora in America through the lens of comedy and pop culture on Asian Not Asian. Episodes feature guests who are funny, smart, Asian, and sometimes all three, like author Kevin Nguyen and comedians SJ Son and Woody Fu.

Hosts Joseph Osmundson, Dennis Norris II, Fran Tirado, and Tommy Pico discuss the intersection of queerness, brownness, and pop culture on Food 4 Thot. The newest season featuring, in Food 4 Thot's words, problematic faves, sex tips backed by literal science, and "Guest Thots who are smarter and hotter than us." It's brain food and junk food, your vegetables and dessert, all in one.

Where to listen: Apple Podcasts

More like this
25 Things I've Reduced My Life To, In Addition To WFH In My PJs
By Ginny Hogan
UK Black Pride 2022 Just Broke A Major Record
By Sam Ramsden
Charlene White & MPs Lead Tributes For Bristol Bus Boycott Organiser Roy Hackett
By Sam Ramsden
Brad Pitt Is A Huge Fan Of This British TV Show
By El Hunt
Get Even More From Bustle — Sign Up For The Newsletter

This article was originally published on Feb. 16, 2017