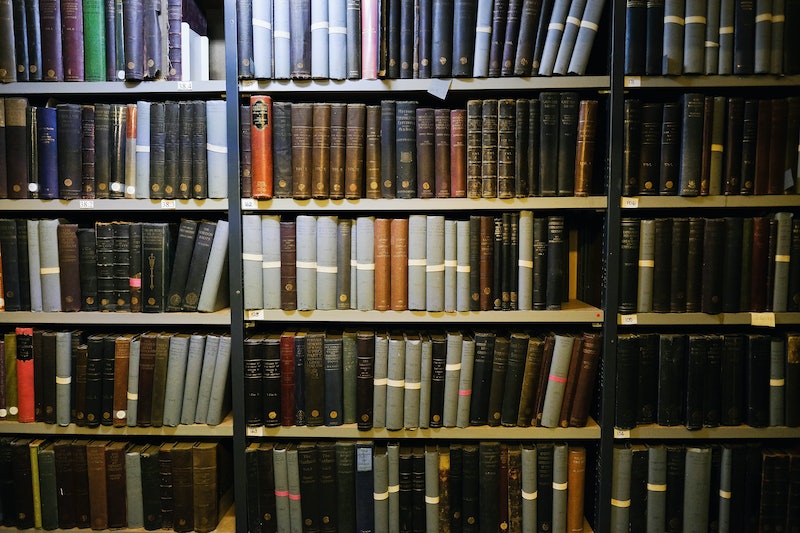 You know that old expression, "One man's trash is another man's treasure?" Garbage collectors in Turkey's capital gave the phrase a whole new meaning when they founded a public library composed of discarded books they collected along their routes in Ankara. Rather than taking the tossed books to the landfill where they were destined to die, a group of sanitation workers decided to give them a second life, and in doing so, created a new community resource locals can't get enough of.

Located in the Çankaya district of Ankara, this unique library, which now houses thousands of books, was started when local garbage collectors noticed how many titles were being tossed in the trash. Disheartened by seeing such great resources wasted, the workers discussed it with their boss and began collecting, rather than dumping, books they found. What began as a modest stack of 20 or so titles quickly multiplied when local residents heard about the project and began donating books directly to the library-in-the-making. Now, the collection is not only over 6,000 titles strong and growing, it is even properly housed in a fully stocked, fully decorated community library where everything, from the books to the artwork to the shelves themselves, are a product of the trash.

Located in an old brick factory that also serves as Ankara's sanitation department headquarters, the library boasts over 6,000 salvaged and donated books in a wide range of genres, interests, age levels, and languages. Visitors, which include local children, municipal employees, cyclists, and students from closeby schools, can spend their visit perusing the thousands of fiction and nonfiction titles, flipping through the popular comic books section, or even using the expansive science section for research. Bilingual visitors have an opportunity to brush of on their English and French, and those looking to relax can enjoy the library's longue, which offers chess boards and a calming space to enjoy a book and a cup of tea.

When the library first opened its doors, it was a space meant for sanitation employees and their families, but it quickly grew into something more. By September of last year, the library was opened to anyone in the community who wanted to browse its ever-expanding shelves. The project got so big, in fact, that even the local government got involved.

Now that the library has grown from a few salvaged books into a massive collection for all of the public to enjoy, it has become an integral part of the community. Not only do locals from all walks of life come to the library, but the library itself has started to lend its resources to schools and other educational programs, as well as prisons.

"Village school teachers from all over Turkey are requesting books," Tasdelen said. The library has seen so much business, in fact, that Ankara's city government hired a full-time employee charged with managing the collection and the increasing requests for book loans.

What started as a modest collection formed by a few book-lovers who couldn't stand to see good titles go to waste has since grown into an important community resource, and it shows no sign of slowing down. In addition to their expanding book collection, the entirely salvaged library is taking their repurposing skills one step further by turning a rubbish truck into a kind of mobile library to better serve the community at large, proving once again that there are no better people in the world than book people.