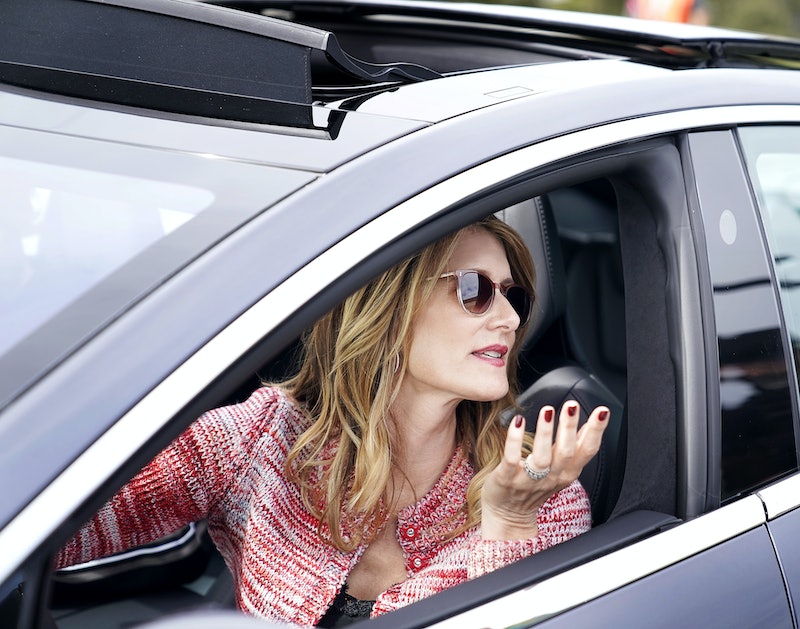 Spoilers ahead for of Big Littles Lies Season 2, Episode 2. In Big Little Lies Season 1, Renata Klein (Laura Dern) was laser-focused on her daughter Amabella and the mysterious bully harassing her at school. In Season 2, Renata is still hassling the principal to ensure Amabella has a smooth year in the classroom, but now, she has a bigger problem: her husband Gordon has been arrested for fraud, and has lost all of their money in the process. The one upside? Based on all of the memes, tweets, and gifs about Renata's ensuing meltdown, fans were living for Dern's performance, despite things being pretty bad for the Kleins right now.

ICYMI: Renata was riding high after her photoshoot until the FBI showed up, put Gordon in handcuffs, and arrested him publicly for securities fraud. Upon visiting him in jail, Renata learned that as a result, they'll lose all of their money (well, her money) by the end of the year. That was enough to send her into a conniption. "I will not not be rich," she shouted pointedly. Later, when Gordon tried to blame his illegal activity on Renata's desire for more money, she masterfully kicked him out of the car and drove away with her middle fingers up.

Between that and her snapping that she "used to like sitting on [Gordon's] face," but that won't be happening anymore, if anyone stole the episode, it was Renata. These tweets and gifs prove it.