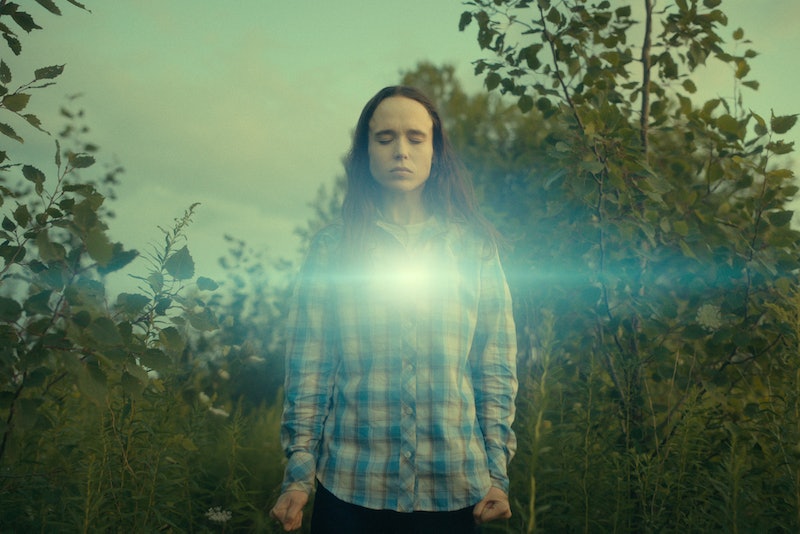 The good news? The Hargreeves siblings are alive and well. The bad news? They’re scattered across different time periods in and around Dallas, Texas. Netflix released new Umbrella Academy photos for Season 2 on June 16 that featured Allison, Klaus, Luther, Diego, Five, and Vanya in quite the retro setting: 1960s Texas. Set to debut on July 31, Umbrella Academy’s sophomore season will pick up after the apocalyptic ending in Season 1 that saw Vanya blow a hole into the moon. While the Hargeeves escaped Vanya’s wrath via time travel and seemed to turn into the child versions of themselves, it appears they’ll be fully back in their adult bodies for Season 2 — only this time in the era of bell bottoms.

Season 2 of The Umbrella Academy, per Netflix’s synopsis, will find the Hargreeves scattered in and around Dallas, Texas, over a three year period following their escape from Vanya’s apocalypse circa 2019. Picking up in the ‘60s, some siblings have been stuck in the past for years, while others built lives and moved on — certain they’re the only ones to have survived Five’s time travel. Five is the last to arrive in the midst of a “nuclear doomsday” caused by the group’s disruption of the timeline. The synopsis continues, “Now the Umbrella Academy must find a way to reunite, figure out what caused doomsday, put a stop to it, and return to the present timeline to stop that other apocalypse” — all while being hunted by Swedish assassins.

In the new Season 2 photos, the gang is decked out in the ultimate ‘60s apparel (big hair! plaid dresses!) and surrounded by the ultimate ‘60s decor (tiled floors! shag carpet!). Viewers are also introduced to, presumably, the three Swedish assassins, Oscar, Axel, and Otto.

The photos also give a glimpse at the newly empowered Vanya and the not-so-deceased Ben, who, after unleashing his power in the Season 1 finale, will hopefully play a bigger role in stopping the impending doomsday.

In an interview with Entertainment Weekly last February, Umbrella Academy showrunner Steve Blackman touched on the cliffhanger ending in Season 1 and offered insights into how the dysfunctional family would proceed in Season 2. “I wanted to have an ending where they sort of came together as a family, but they didn’t achieve the greater goal of saving the world,” Blackman said of the bittersweet cliffhanger. “I thought it told a lot about who this family was, which is they couldn’t quite get it together. Their wonderfully dysfunctional family couldn’t quite win the day.”

As for whether the dysfunctional siblings will win the day in Season 2, fans will have to wait until July 31 to find out.

More like this
Nicola Coughlan Shared A Lady Whistledown Excerpt From ‘Bridgerton’ Season 3
By Grace Wehniainen, Alyssa Lapid and Sam Ramsden
The 'Andor' Timeline, Explained
By Gretchen Smail
Alicent's Green Dress In 'House Of The Dragon' May Be An Act Of War
By Kadin Burnett
Watch The Thrilling Teaser Trailer Of 'Shadow And Bone' Season 2
By Gretchen Smail and Jack Irvin
Get Even More From Bustle — Sign Up For The Newsletter