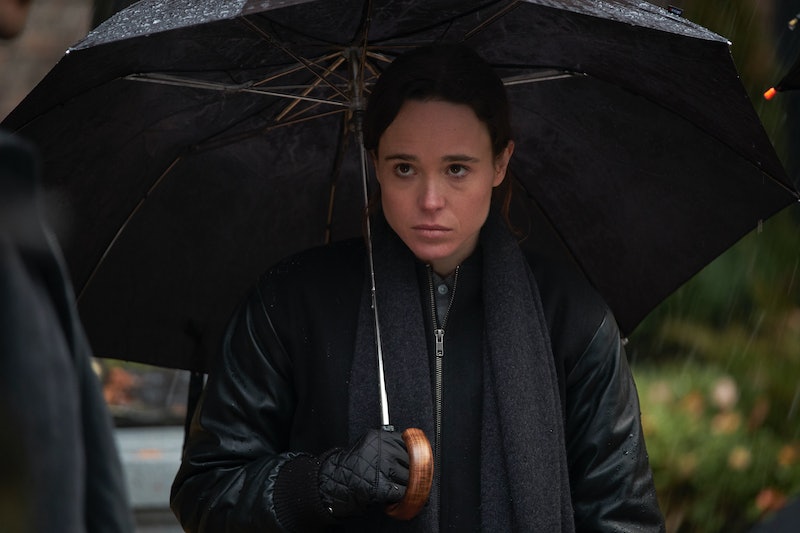 Netflix is committed to providing fans with brand new content this summer, and that includes giving them the long-awaited Season 2 of The Umbrella Academy, which will officially premiere on July 3`1. The 10-episode season will continue the comic book adaptation, starring Ellen Page, Tom Hopper, David Castañeda, Emmy Raver-Lampman, Robert Sheehan, Aiden Gallagher, and Justin H. Min, as a group of young adults who were miraculously born with supernatural powers and raised as foster siblings, trained by strict benefactor Sir Reginald Hargreeves to be superheroes.

The main cast announced the premiere date on Monday, May 18, with a quarantine version of a group dance scene from Season 1 — with each sibling dancing by themselves in their own rooms. Hopefully it's a sign that the Hargreeves will be as united in Season 2 as they were by the end of Season 1.

After an entire season of reconciliations and explosive revelations, the siblings ended up stopping the apocalypse in the Season 1 finale, but only after Vanya (Page) almost killed Allison (Raver-Lampman) and blew a hole in the moon with her newfound superpowers. Vanya was struggling with her identity after Reginald Hargreeves had used Allison's power of suggestion to brainwash Vanya into believing that she was ordinary and had no powers, when in fact she was the most powerful of them all. And, to prevent her from bringing about the end of the world, the siblings all gathered together as Number Five (Gallagher) transported them to parts unknown.

The cliffhanger seemed to indicate that the group had gone back in time to try to change the events leading up to the apocalypse, but that might not be the case. "We don't know where they are. We don't know what happened to them," showrunner Steve Blackman told The Hollywood Reporter after the Season 1 cliffhanger. And, since this date announcement doesn't really give anything away, where — and when — the Hargreeves are remains a mystery.