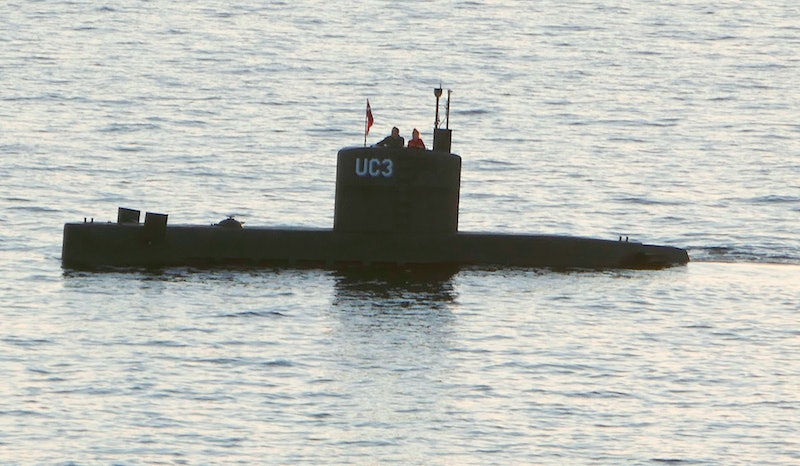 For weeks, investigators and law enforcement have been looking into a deeply disturbing, macabre murder case that's drawn international attention. And as time goes by, the details have only gotten more and more distressing; here are some updates on Kim Wall's death aboard Peter Madsen's private submarine, because from the sounds of things, the story is far from over.

Wall, 30 years old at the time of her death, was a freelance journalist who was writing a story about Madsen, a 46-year-old Danish inventor who, among other things, owns and operates his own submarine. Wall and Madsen boarded the submarine together on the evening of Aug. 10, and by Aug. 11, it was clear that something was wrong, as the submarine ― named the UC3 Nautilus ― had sank, and while Madsen was found alive, Wall's whereabouts were unknown.

Swedish police arrested Madsen, and before too long, he found himself facing a murder charge. Law enforcement authorities have claimed that the sinking of the UC3 Nautilus was done intentionally.

On Aug. 21, a woman's dismembered torso was discovered on a beach relatively close to where the UC3 Nautilus had been found, and authorities determined that it was Wall's. And on Saturday, more than a month later, divers reportedly discovered more remnants of her dismembered body, specifically her head and legs.

Madsen reportedly claimed in court that Wall died in an accident on his submarine, having been hit in the head with a large, metal hatch, and he subsequently "buried her at sea." As Reuters reports, however, examinations of Wall's recently retrieved head have shown no indication she suffered a skull fracture. The recovered pieces of Wall's body, specifically her torso, also reportedly showed evidence of more than a dozen stab wounds.

Needless to say, this discovery sheds some intense doubt on Madsen's story of what happened. Even more disturbingly, investigators also say they've discovered images on a computer in Madsen's laboratory showing women being "strangled and decapitated," according to Reuters, which they "presume to be real."

According to the report, Madsen says the computer in his lab was not his, and was used by other people in his lab, as well.

In short, it's an incredibly disturbing and harrowing story, of the sort that's distressing to reflect on for very long, even though it hasn't quite been determined how it all happened. Back in September, Madsen told a Copenhagen court that the injury that killed Wall was a blow to the head, which occurred when he accidentally lost grip on a heavy, metal hatch as she was climbing up a ladder behind him. To hear him tell it, the hatch struck her in the head, seemingly killing her instantly.

It was a terrible accident, a disaster, no doctor could have done anything. Kim was severely injured. There was a pool of blood where she landed. I touched her neck, but she had no pulse.

Again, however, authorities have said there was no sign of a fracture to Wall's skull. Madsen further claimed to the court that he was suicidal following Wall's death, which led to his decision to allow the submarine to sink. Ultimately, however, he changed his mind and decided to summon help, but not until after he'd opened up valves on the sub to allow water to come flooding in.

According to Reuters, Madsen's attorneys had not had time to review the most recent evidence against him when their report ran on Saturday. It's unclear precisely when Madsen will face a trial. He was officially charged with murder in early September, following his appearance at a courtroom in Copenhagen.