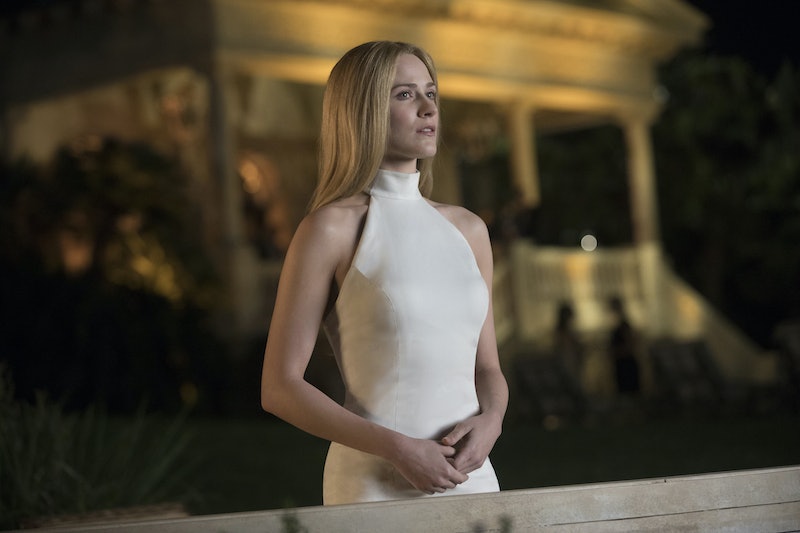 It's been almost two years since Westworld has dominated our television screens and now with the debut of Season 3 just days away, it's time to dive into the devious world of Delos once more. And while details about the next installment have been kept mostly under wraps, HBO recently released the first four episode titles for Westworld Season 3, prompting a new round of theories.

Naturally, it didn't take long for fans to start conjuring up some guesses as to what these various — and seemingly cryptic — Westworld Season 3 episode titles could mean. Like anything involving the show, the answers aren't all that easy to find. After all, ambiguity and mystery are kind of this show's bread and butter. However, upon closer inspection, there are a few clues that could shed some light on the violent delights and violent ends that are to come.

Description: "If you’re stuck in a loop, try walking in a straight line."

A quick Google search will show you that this title is a Latin text from the Book of Joel and loosely translates to mean “Spare, O Lord, spare Thy people, lest Thou be angry with us forever." There's also a painting that exists with the same name. Reddit user sbates6 believes this signifies that Dolores will take it upon herself to play God now that she's finally found herself back in the human world and feels as though she has the right to decide who does and doesn't deserve to be shown mercy.

Description: "People put up a lot of walls. Bring a sledgehammer to your life."

The term "The Winter Line" was used during World War II to describe a German defensive line in Italy. This could indicate that fans will be venturing to yet another park in Westworld called Warworld, which looks to be a re-creation of WWII — Nazi robots included.

Description: "If you don’t like what you see in the mirror, don’t blame the mirror."

This episode title is a quote from a famous poem by Mark Strand called "Keeping Things Whole." The quote, in full, reads: “In a field / I am the absence / of field. / This is / always the case. / Wherever I am / I am what is missing.” This suggests that all parts can and should work together in order to be whole. No part is no more important than the other, because without each other, they cannot be complete. Perhaps this is the underlying message the hosts and humans will need to discover: the working together in unity is much more beneficial than being at war.

"The Mother of Exiles" is actually a nickname given to the Statue of Liberty by Emma Lazarus in her poem titled "The New Colossus." The name is meant to symbolize immigration and opportunity. Reddit user dokter_bernal theorizes this could hint at Dolores' plan to gather "all (non-westworld) robots in the city to form an army." If that's the case, it would really give a new meaning to the phrase: "Give me your tired, your poor, Your huddled masses yearning to breathe free, the wretched refuse of your teeming shore."