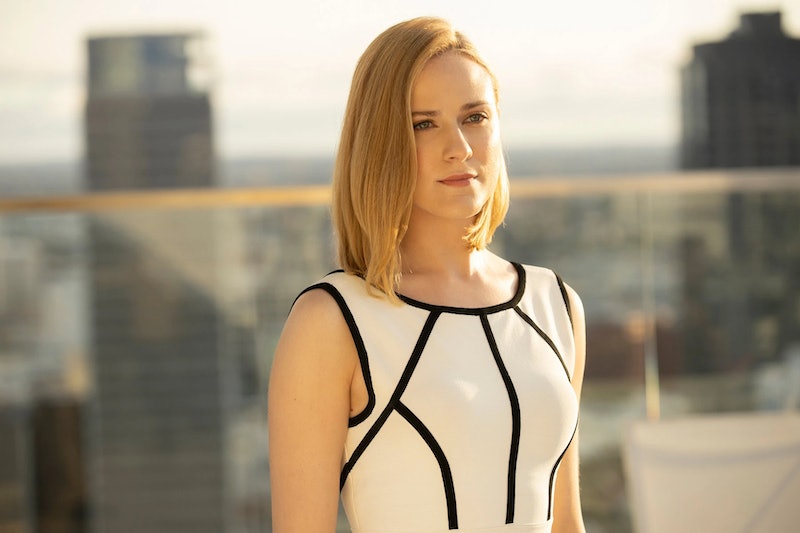 For better or for worse, Westworld is now synonymous with Reddit. In the 21 months since Season 2 ended, Redditors have been busy churning out Westworld Season 3 theories based on every promo, interview, and guerrilla marketing ploy rolled out by HBO. This is, after all, the same community that cracked Season 1's big twist two episodes into the show, leading to a convoluted Season 2 narrative that felt specifically designed to combat these online sleuths.

By comparison, Season 3 seems more streamlined than ever, partially because only a handful of the show's sprawling ensemble cast were left after the Season 2 finale's bloodbath: Dolores, Bernard, and Charlotte (or whoever's consciousness is inside her body) on the mainland, and old William and Stubbs still on the island awaiting evacuation, along with Maeve's presumably soon-to-be-resurrected body. Still, even with this drastically reduced cast, creators Jonathan Nolan and Lisa Joy undoubtedly have plenty of narrative trickery in store.

Besides, having a more straightforward storyline has only fueled the challenge of piecing things together before the season begins. Will Reddit users prove as effective as they were in Season 1? Which of these theories — ranging from sensible to ridiculous — will come true in Season 3? Let's assess.

1. Incite Is Controlling Humanity With AI

Since the season hasn't started yet, nobody knows anything for sure… but one thing fans already know practically for certain is that Incite, the new company introduced in Season 3, is up to no good. A common theory on Reddit is that Incite is using its advanced AI technology to control humanity much in the same way that Ford used code to control the hosts in his parks, keeping them docile and on loops.

The date announcement for Season 3 teased the existence of a system called "Solomon," which was created after a series of "divergences" and has been the "author of history" ever since… until a new divergence emerged to disrupt its plan (presumably Dolores' rebellion). Reddit user Haltopen outlines what many think will be the main conflict of the season, postulating that Dolores will view "this AI controlling humanity as no different than the humans who controlled her in the park," and that her ultimate goal will turn out not to be destroy all of humanity, but rather to bring down Solomon, freeing all conscious beings — humans and hosts alike — to make their own choices and exercise their own free will.

One of the most popular conspiracy theories among the Westworld fandom — and one of the most ardently pushed back against — is the idea that Season 3 is taking place not in the "real" world as we (and Dolores) assume, but rather in what will turn out to be just another Delos park: Future World. Perhaps Caleb, the new human character played by Breaking Bad alum Aaron Paul, is just another guest like William who has found himself drawn into Dolores' storyline.

If this is true, how did Dolores end up inside the park after escaping to Arnold's home in the real world in the Season 2 finale? And after waiting for two seasons to see the hosts make it out of the park, wouldn't it feel cheap to reveal at the end of Season 3 that they were still inside? Reddit user -spartacus- offers an interesting twist on this theory, hypothesizing that "Future World" isn't just another Delos park run by humans, but rather a park — or zoo — that some advanced AI has built to entrap all of humanity without its knowledge, and that the real real world is actually some even more futuristic apocalyptic wasteland. (Shades of The Matrix, anyone?)

3. Charlotte Is Actually… Fill In The Blank

One of the show's lingering mysteries that fans are having the most fun with is the identity of the consciousness inside Charlotte Hale. Dolores escaped from Westworld inside a copy of the Delos executive's body, then reprinted her own body after reaching the mainland, but that copy of Charlotte is still walking around with someone's brain inside of it. Whose? It depends on who you ask. Theories range from Dolores' father Peter Abernathy to programmer Elsie Hughes to a copy of Teddy that wasn't uploaded into the Sublime.

Reddit user lswank has found the Occam's razor of Charlotte Hale theories: that the person inside Charlotte is… Charlotte. Hale's mind was inside one of the books seen in the Forge; it's possible that Dolores read it and used the knowledge she gleaned to program a facsimile of her human enemy, one who retained the knowledge and personality of the real Charlotte, but a more amenable personality that could be bent to Dolores' will… much like how Ford built a more amenable host version of his partner after his death. (In other words, Host-Charlotte is to real Charlotte as Bernard is to Arnold.)

4. Arnold's Son Is Alive And Well

Trailers and reviews have revealed who most of Season 3's new cast members are playing, including Aaron Paul (as construction worker Caleb), Vincent Cassel (as the head of Incite), John Gallagher, Jr. (as the son of the man who created Solomon), and Lena Waithe (as an acquaintance of Caleb's). But what about new cast member Michael Ealy (Almost Human)?

Reddit user TheOtherMe4 thinks that the actor bears a remarkable resemblance to the young boy who played Arnold's dying son, Charlie. Although Ford intimated that Arnold's life was marred by tragedy, and Bernard's implanted memories certainly seemed to suggest that Charlie ultimately succumbed to some undefined illness, is it possible that the boy actually survived? If so — and if he took up his father's pro-robot stance — he could be a crucial ally in Dolores' fight for freedom. (Then again, this theory also gets bogged down in tangents about time travel, so maybe take it with a grain of salt.)

5. There Are Two Williams

As was revealed in Season 2, the technology to recreate a human consciousness was never perfected; the attempts to resurrect Jim Delos never succeeded, with the host version inevitably breaking down after a certain period of time. Perhaps this is why William's wife Juliet had a breakdown and ultimately died by suicide: the copy of himself that William left behind wasn't perfect, and Juliet could tell that what she was living with wasn't her real husband, but rather some kind of imposter.

In perhaps the most bonkers fan theory out there, Reddit user Mobile_Sea shares the idea that perhaps the new character played by Aaron Paul is somehow Dolores' own son. Go ahead, take a moment to collect yourself.

Can hosts even procreate?? Great question. This theory doesn't claim that Dolores literally gave birth to Caleb, but that he's actually a host, and that she created him (in much the same way that Arnold created her and considered her a sort of daughter) by combining her own traits with those of Teddy — her drive and his kindness, her passion for justice with his abhorrence of violence — to create a more balanced host who could perhaps succeed where she cannot and carry on her fight after she inevitably sacrifices herself for the cause.

Is there any evidence of this? Probably not, but it's a neat theory. Find out if it's true — and if any of these fan theories are true — when Season 3 premieres on Sunday, March 15.

More like this
Wait, Is 'Happy Valley' Not Actually Over?
By Darshita Goyal
The 'Freeridge' Cast Shared Their Hopes For A Potential Season 2
By Grace Wehniainen
Netflix Shut Down 'Bridgerton' S3 Rumours About A “Very Dark” Storyline
By Bustle
'Bridgerton' S3 Will Show A *Very* Different Side To Kanthony
By Sam Ramsden
Get Even More From Bustle — Sign Up For The Newsletter
From hair trends to relationship advice, our daily newsletter has everything you need to sound like a person who’s on TikTok, even if you aren’t.