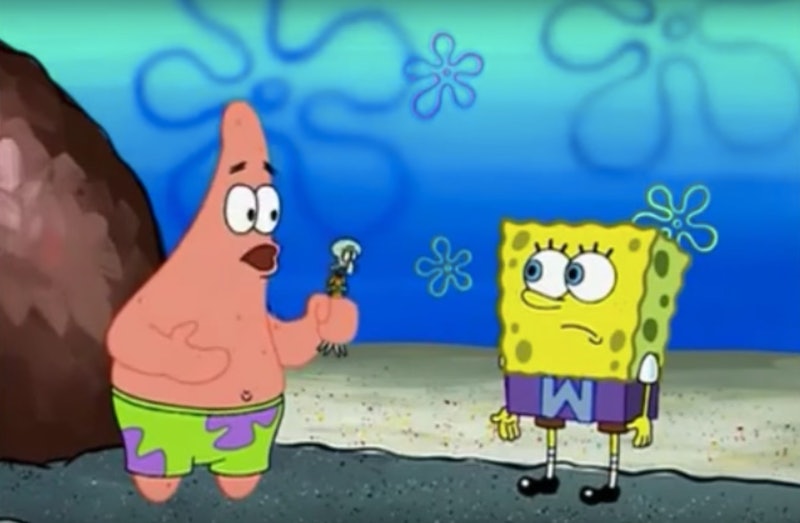 Our generation grew up thinking that living in a pineapple under the sea, or beneath a cushy rock, was perfectly normal for cartoons. Furthermore, having a sponge and a starfish build their friendship over time wasn't the weirdest thing we've watched. Think about it, we've seen beavers and wallabies, all on the Nickelodeon network. It was all fun and games until a 3D artist, Miguel Vasquez, decided to make Spongebob and Patrick look human. Yes, the wide-eyed, silly-looking pair has gone rogue in a human-like transformation that will ruin your childhood.

When I first saw what the artist had done, I immediately closed my laptop. I needed to let this one marinate. Why on earth would someone want these two to be humans? While they both look like more than a little frightening, I was surprised to see how detailed the artist got. Patrick looks like a body-building '90s Conehead, while Spongebob looks like a cereal square that's ready to take down anyone in a staring contest. Obviously, I'm upset, but when the image hit Twitter, the reactions were pretty much in line with mine. Everyone wants to know who could be capable of imagining such a terror.

These versions of Spongebob and Patrick IRL broke the internet in no time at all. Twitter users voiced their beef with the renewed pair.

Someone Call The Artist, Because We Need Answers

Those eyes could cut you.

This Makes It Slightly Better

The balloons make it a bit more settling.

Vasquez has a few more IRLs where these came from on his portfolio site. Being that he appears to still be an art student, this may not be the last time you see your favorite cartoon ruined. You've officially been warned.