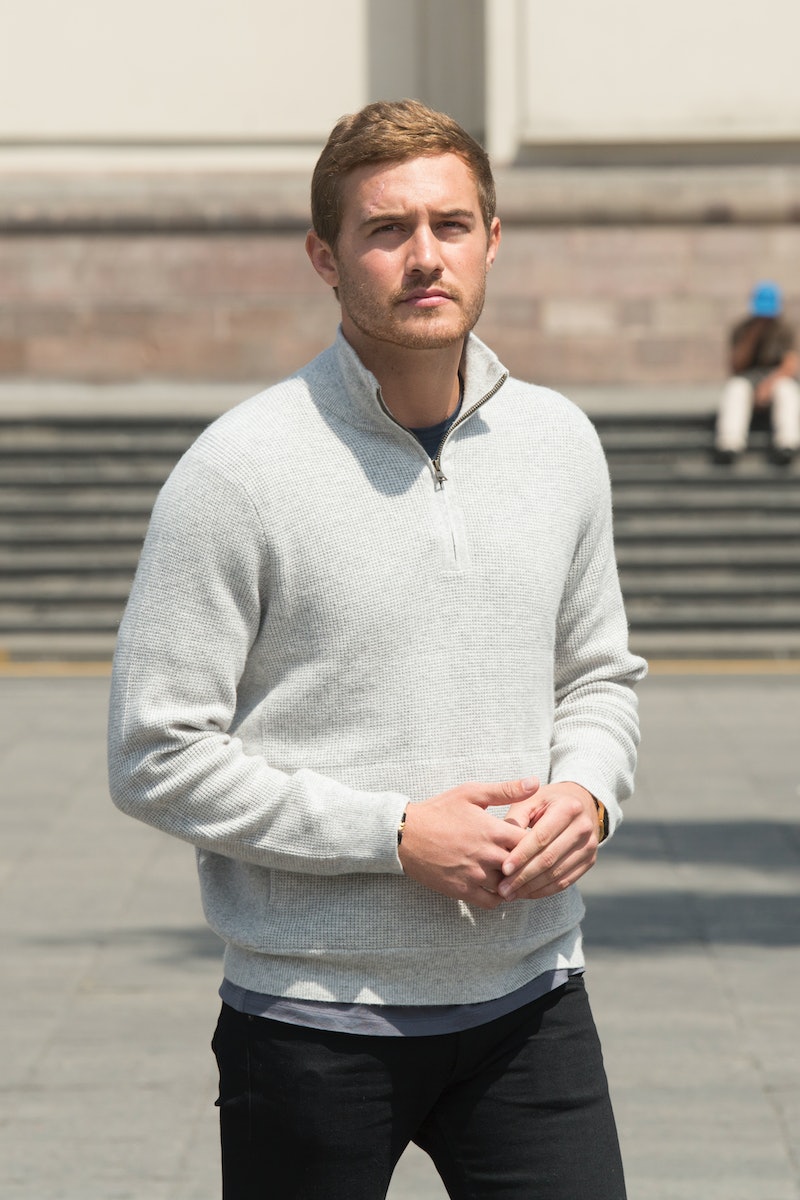 Part one of Peter Weber's Bachelor finale may have answered a few key questions — like who his mom was begging him to bring home — yet, there are still a few critical details that remain up in the air. For example, we still don't know how the season is going to actually end. However, a new Bachelor finale clip hints that Peter may go home alone, meaning he might not end up proposing to anyone — at least not at the final rose ceremony.

During Monday's March 9 episode, Madison opted to self-eliminate from the competition, feeling as though their lack of compatibility would be too difficult to overcome in the real world, despite the fact that they both love each other. This left Peter preparing to face a one-person final rose ceremony with Hannah Ann, and while a proposal may feel like a given to some, the latest promo teased Madison's return, which could complicate his decision. So much so that he may find himself unable to choose anyone at the end of this and walk away from the whole thing single.

At least, that's what this newly released clip seems to indicate as Peter prepares to tell his family what happened during the final rose ceremony.

“So I just got back from Australia, and my family knows nothing yet,” Peter is shown saying in the clip, exclusively provided to People. “This is a huge moment.” And his family is just as anxious to find out who he ended up choosing as he is to tell them about it, with Peter's dad noting, “I’m just on pins and needles right now. I hope we see the happy ending that we all have been hoping for.”

Both of Peter's parents, particularly his mom, Barb, made it clear that their preferred winner would be Hannah Ann, given that he and Madison appeared to have such different lifestyles. They seem to have no idea that Madison decided to leave the show.

“I just wanted to see you guys in person and talk, obviously, about what happened,” Peter is shown telling them in the finale clip. “You know, when I was able to see you guys out in Australia, I listened to every word that you said. But it’s been tough. I knew that at the end of the day, if I follow my heart, then you guys, I know, would back me up and be happy for me.”

The words Peter is using seem pretty vague and cryptic in a way that implies that he could still be flying solo post-show. “I had all this hope that I would be able to really start a beautiful relationship,” he starts to say, before Barb interrupts to ask the question we're all dying to know: “Who is it?!”

But alas, no official answer was given, at least not in an out-right sense. Yet Peter's wording may speak volumes — using "hope" in the past tense is never a good sign — and could very well indicate that there may not be a happy ending at the end of his rose-pedaled brick road.