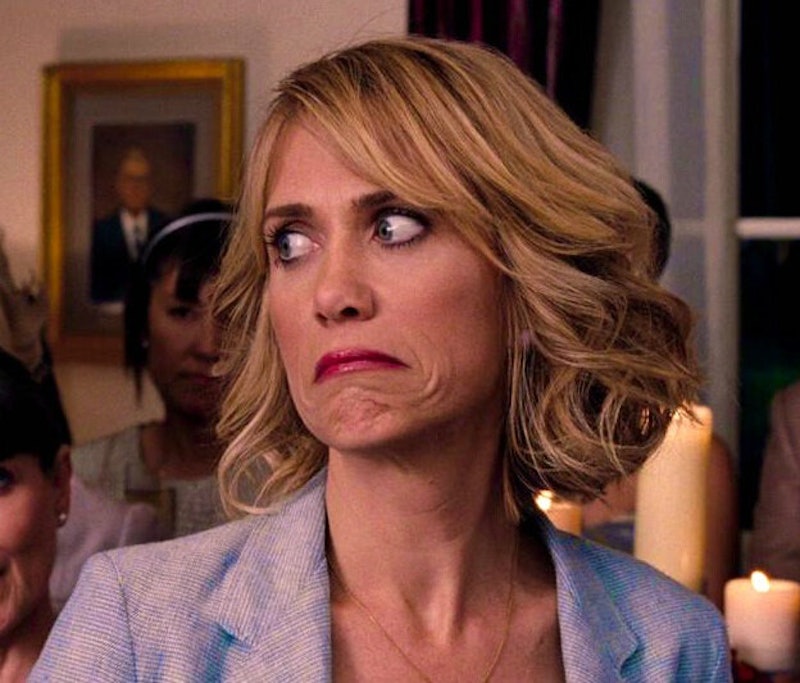 People take photos to immortalize all sorts of important life events, from getting engaged to having a really Instagrammable breakfast, but here’s a new one: This former couple held a break up photo shoot, complete heartbroken expressions, sad clothes, and long stares off into the distance. Just the type of thing you’d love to keep on your mantel, right? The photo-shoot-of-misery has become an almost instant meme, with thousands of people liking, retweeting, and remixing the images on twitter. And I get the uproar. Like, I don’t want to be dismissive of this couple’s pain, but also… WHAA?

Update: Harrison Bach tells Bustle that he meant the images to be a riff on standard photoshoots. "I just wanted to make an ironic humor-based photo album taking an unique look at relationship photos," he says. "People frequently take nice 'nature based' photos of them and their significant other when their relationship is going great. My goal was to take photos in that same setting but this time at the point of the relationship where the couple is broken up."

Earlier: These photos feature Harrison Bach and his ex, Jackie. Bach, a 22-year-old student at Western Michigan University, told Berry that they dated for three years and broke up a year ago. When they were both home for winter break, they decided to do the photo shoot as a joke, though the sadness on display was real. “We took these photos and we were like ‘alright, let’s try to fake our emotions,'” Bach told Berry. “I think the reality came out for a second like ‘oh sh*t we totally did break up a year ago.’ It was real for a second. The emotion was there.”

Bach posted the images on Facebook, but when a friend put them up on Twitter, they quickly went viral.

“It was really just an ironic project to take the same photos people take when they're happy in a relationship, but when it's over and everyone's bummed out,” Bach told Cosmopolitan.

The Twitter response has been a mix of confusion, hilarity, and memes (because of course).

Bach told Berry that a lot of people have misinterpreted the photos. “It’s supposed to be ironic, you know? It didn’t get taken that way and got blown way out of proportion,” he said. “My friends actually really liked it, they got the humor. Everyone else is like ‘damn white people, heterosexual couples are there worst.’ It’s been really awkward.”

Will break up photos be the next big Instagram trend? Honestly, I wouldn’t be surprised. We’re living in a strange time, people.