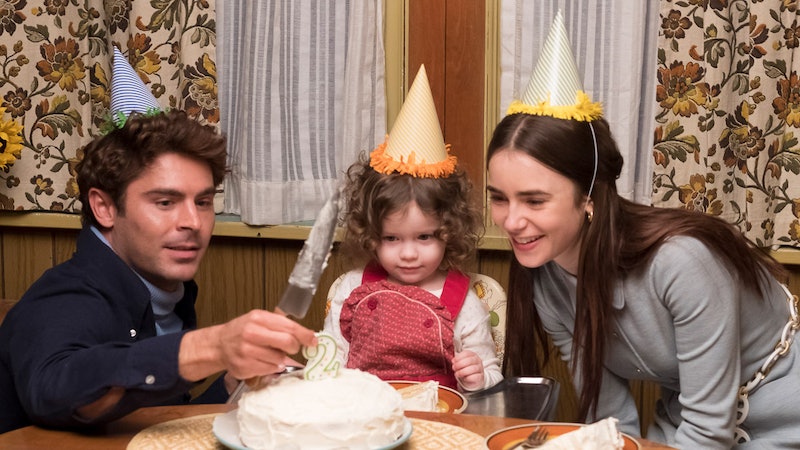 The latest look at Extremely Wicked, Shockingly Evil & Vile, the movie about notorious serial killer Ted Bundy is giving insight into his evil inner workings. Starring Zac Efron as Bundy and Lily Collins as his longtime girlfriend Elizabeth Kloepfer, the movie will explore why Kloepfer refused to believe the truth about Bundy and his crimes for years. A new Extremely Wicked, Shockingly Evil & Vile clip was released this week and shows how Ted Bundy convinced people that he was innocent, particularly those closest to him.

In the clip, Elizabeth asks Ted why a woman in a police lineup recognized him. As her suspicion of Bundy grows, he seemingly has an answer for everything, claiming that the police showed the woman who recognized him his photo twice beforehand. He goes on to say that someone had given his name to authorities in Utah and that he was being followed, gesturing to a running car outside of the building.

This interaction could be indicative of Bundy's pattern of manipulation — in order to cover-up his heinous crimes, many lies probably needed to be constructed. Bundy confessed to killing 30 women, although the actual number of his victims is estimated to be much higher, as reported by ABC News. He was sentenced to death in 1979, and was ultimately executed by electric chair in Florida in 1989, per Newsweek.

The clip also provides an interesting look at the relationship between Ted and Elizabeth, which was also chronicled in the book the movie is based on, The Phantom Prince: My Life with Ted Bundy. The memoir was written by Elizabeth under the pen name Kendall and released in 1981. The former couple's dynamic was built on the justifications Bundy had for the various crimes he committed throughout his life. One gets the feeling that this first clip is just one of many instances in which Bundy came up with a quick excuse for his guilty actions.

Extremely Wicked, Shockingly Evil & Vile premiered at Sundance earlier this year and naturally, controversy surrounded the project. Some thought the movie could be glorifying Bundy, especially when casting a fan-favorite actor like Zac Efron in the role. But in an interview with Bustle's Sage Young at Sundance, director Joe Berlinger says viewing the story of Bundy's crimes through the lens of Elizabeth is a valuable experience. "The fact that somebody like Ted Bundy got away for so long, eluded capture for so long, because he was charming and manipulative and people around him thought he was not capable of these crimes, that’s a lesson you can’t learn enough and a very valid lesson to put out into the world," Berlinger told Bustle.

The movie will be released later this year by Netflix. The streaming service released Conversations with a Killer: The Ted Bundy Tapes, a documentary series also directed by Berlinger. So viewers will have to wait just a while longer to decide how they feel about the controversial movie and the rocky relationship at its center. With the release of this latest clip, the world is beginning to get a feel for what the film will bring to light.