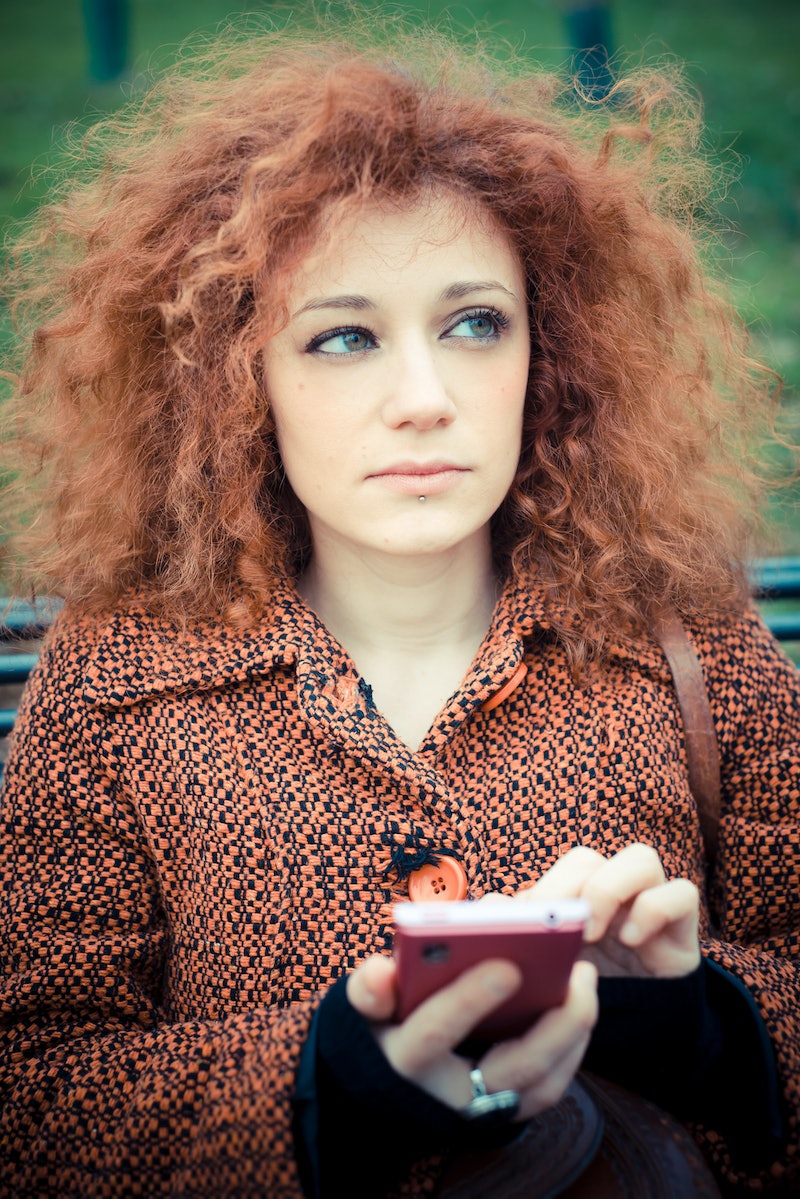 Letting go of an ex completely is never easy. Even though you you've moved on or are in the process of doing so, they always somehow manage to creep back into your mind and the urge to shoot them a casual, "How's it going?" or worse, "I miss you" text becomes super strong. But in my experience, whenever you find yourself asking, "Should I text my ex?" the answer is usually no. Because of that, Sean Drohan, a 24-year-old Princeton graduate created the Google spreadsheet titled, "Things i wanna text my ex". It's an open document where anyone can type out the texts they wish they could send their exes without having to deal with the potential consequences of actually having sent one. (Bustle reached out to to Drohan and has not yet received a response.)

"There's plenty I would like to say to my exes (and too much I've already said)," Drohan said in an interview with Refinery29. "People enjoy anonymous opportunities to cry into the ether. There's kind of this unanswered question of to whom we say these things and why, but that's what's interesting."

The doc is everything you’d imagine it to be. It's a long spreadsheet filled with the heartbroken, angry, and sometimes hilarious post-breakup thoughts many of us probably had at some points in our lives. They're so relatable that people are even leaving comments on each other's messages.

It really is an interesting look into the range of thoughts and emotions people have after being broken up with or breaking up with someone. Here are 15 of the best and most relatable texts people wish they could send their exes: