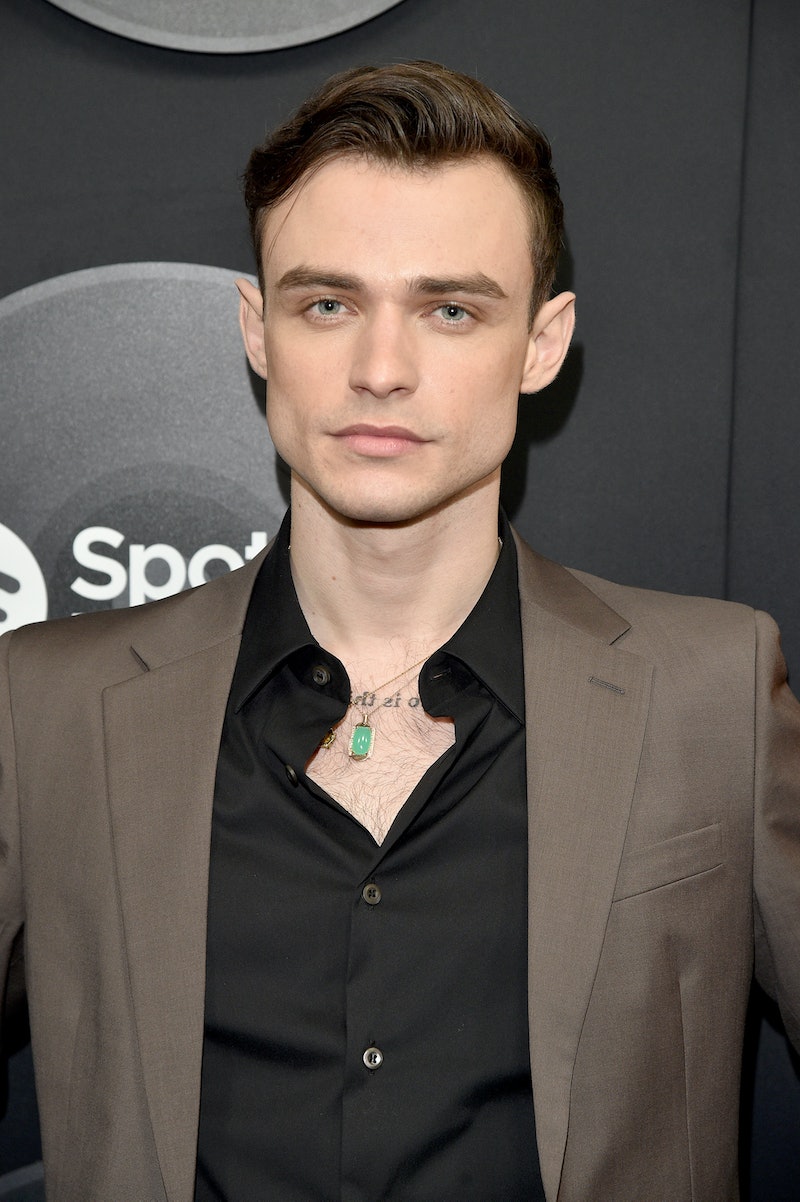 Hey Upper East Siders, HBO Max has a tantalizing scoop for you. On Wednesday, March 11, the highly anticipated streaming platform shared a casting update for the Gossip Girl reboot by announcing four new names to the ever-growing lineup of Manhattan's new elite. One of those new members includes Thomas Doherty, best known for his recurring role on The CW’s Legacies where he plays the ancient and attractive vampire Sebastian. There's no word yet on who exactly he'll be playing in the upcoming reboot, though odds are it won't involve any fangs — at least not in the literal sense of the word.

In addition to Doherty, the other new recruits to the series are Scream Queens alum Tavi Gevinson, It Could Be Worse vet Adam Chanler-Berat, and Zion Moreno, who appeared on TNT's Claws. Like Doherty, no further details about their characters have been revealed, though it's only a matter of time before more significant details start slipping through the cracks. What is Gossip Girl without a little spilling of the tea, after all?

Set eight years after the original Gossip Girl series came to a close, the reboot will follow a new generation of New York private school teenagers who find themselves under the same social media scrutiny of the Gossip Girl site that their predecessors faced throughout the course of six seasons. Though, given how much the world of social media has grown since the series went off the air in 2012, the reboot will include an updated take on how social gossip and the landscape of New York has changed over the years.

As per TVLine, the upcoming reboot's first season will contain a total of 10 episodes and is expected to debut sometime this year; however, an official premiere date has yet to be revealed. It's also unclear if any of the original cast members — Blake Lively, Leighton Meester, Penn Badgley, Chace Crawford, or Ed Westwick — will make a special cameo or reprise their former roles, though series creator Josh Schwartz isn't opposed to the idea. “We’ve reached out to all of them to let them know it was happening, and we would love for them to be involved if they want to be involved," he told reporters at the Television Critics Association in July 2019.

As for whether or not that will actually happen? That's one secret we'll never tell. Xoxo.