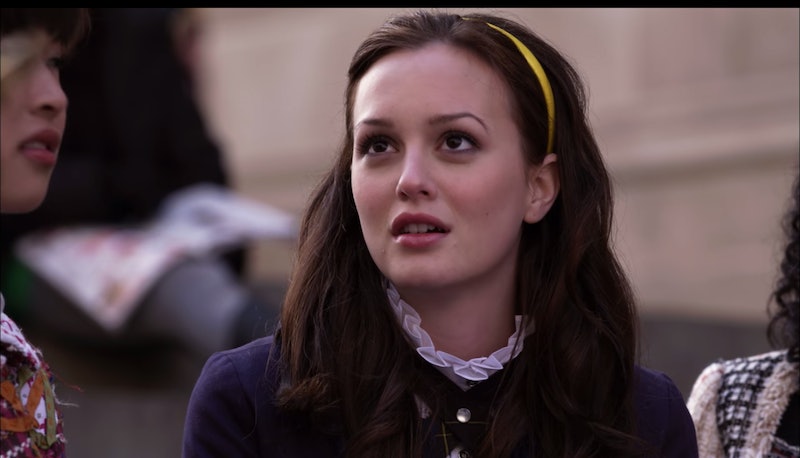 Hey Upper-East Siders, there's big Gossip Girl news. On Friday, July 26, producer Josh Schwartz discussed the Gossip Girl reboot, and described the series as more of a "reimagining" of the popular CW show, as per Deadline. Schwartz, who co-created the original show with Stephanie Savage, told a panel during the Television Critics Association summer press tour that the new version would be an extension of the world created in the show's first six seasons. The creators were reportedly not interested in bringing back the CW cast as adults, and wanted to evolve the story to fit a new generation. There's still hope for fans of Dan, Serena, Blair, Nate, and the rest of the crew, however, as the producer also noted that he'd reached out to the original Gossip Girl stars about potential involvement in the series.

Schwartz, who was participating in the TCA panel to promote his upcoming Hulu series Looking For Alaska, teased that the show would get a modern update, as reported by TVLine. "There aren't, like, new actors playing Serena and Blair. It's not a remake. It’s a continuation of that world," he said. "We felt like a version that was just our cast grown up — regardless of what the challenges would be of assembling those actors again — it didn’t really feel like a group of adults who were being controlled by Gossip Girl would make a lot of sense."

In addition to a new cast, Gossip Girl will also switch networks. The 10-episode Gossip Girl remake will premiere on HBO Max, a new streaming service, as per E! News. The Gen Z characters will be more social media savvy, among other things. Schwartz said:

"There was something really interesting about this idea that we are all Gossip Girl now, in our own way. We are all purveyors of our own social media surveillance state, and how that's evolved, and how that has morphed and mutated and telling that story through a new generation of Upper East Side high school kids felt like the right time."

It was in part the demand online for a remake that pushed Savage and Schwartz to pursue creating more episodes of the popular show. Gossip Girl premiered on the CW in 2007, and aired for six seasons before wrapping in 2012, after 121 episodes. The show became a pop culture phenomenon, and all of the episodes are currently available to stream on Netflix.

The original Gossip Girl cast included Blake Lively, Penn Badgley, Chace Crawford, Leighton Meester, and Taylor Momsen, all of whom have continued to act following the show's end. As Schwartz noted, gathering the actors to appear in a remake would be logistically difficult, but the team did reach out to offer them roles in the project, "We certainly didn't want to make it contingent upon their participation. They played those characters for six years, and if they felt like they were good with that, we wanted to respect that," Schwartz told TVLine. "But obviously, it would be great to see them again."

It's unclear when the second iteration of Gossip Girl will premiere, though HBO Max did order the show to series and it's set to launch on the new streaming service in 2020, per Deadline. Fans may have to get to know a new cast — but it seems likely they can count on plenty of drama, just as with the original.