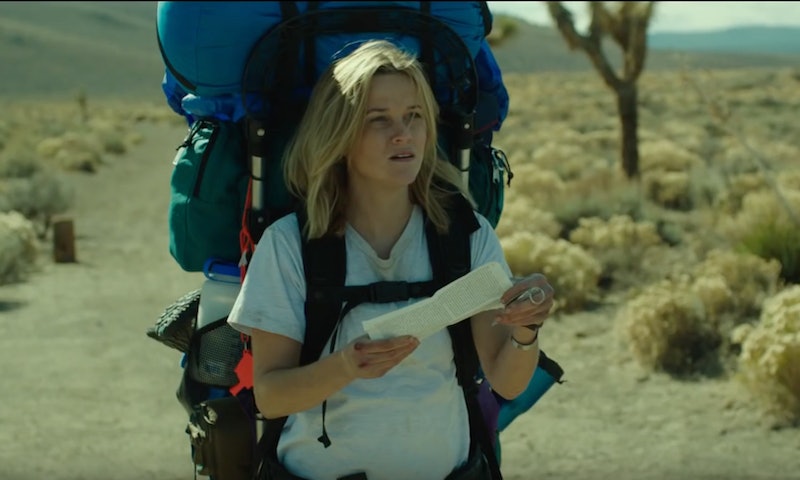 Because so much of history is recorded through the eyes of men (typically straight and white), that perspective has become to be considered universal, able to be told and enjoyed by all. Stories about women, on the other hand, are often considered female-specific and disparate from "general" entertainment, and a great indication of this is at the Oscars. One might suppose that movies featuring acclaimed performances by women would frequently qualify as Best Picture nominees, but in actuality, that's not the case. Instead, the performances by women that merit Best Actress in a Leading Role are rarely from the films also nominated for Best Picture, despite often garnering just as much acclaim as the male-led movies that earn Best Picture nods all the time.

Performances by men nominated for Best Actor are frequently from films featured in the Oscars' biggest category, while women just don't tend to make the cut. What this says is disturbing — that movies with women as protagonists aren't often considered among the "best" films being made. Of course, there are many other ways that Hollywood's sexism is revealed through the Oscars; with so few female directors and writers receiving accolades each year, it's obvious that the awards show, like the film industry, has a serious gender imbalance. However, the fact that movies about women are also frequently not considered the top despite earning plenty of praise is even more troubling, and it reinforces patriarchal ideologies that stories about women aren't as valuable as stories about men.

This phenomenon repeats itself, year after year. In 2015, even though there were eight Oscar Best Picture nominees, only one of the five Best Actress nominees was from a Best Picture-nominated film. The Best Actress winner that year was Julianne Moore, for her role in Still Alice — which, you guessed it, wasn't nominated for Best Picture, despite receiving a score of 89 percent on Rotten Tomatoes. That same year, Reese Witherspoon was nominated for her role in Wild, which received a 90 percent rating from Rotten Tomatoes, yet the movie didn't earn a Best Picture nomination. Meanwhile, male-led movies from 2015 with lower scores, like American Sniper (72 percent) and The Theory of Everything (71 percent), did.

Perhaps this inequality is due to the lack of women voting for the awards. On the official Oscars' website, it's said that the Academy increased its female contingent by 359 percent over a two year period, but that still means that only 28 percent of the Academy's entire membership is comprised of women. With this level of inequality, it's no wonder that more movies about women aren't nominated for Best Picture.

A few female-led movies have broken the mold, but not many. 2016's Room, for instance, starring Brie Larson, was both a Best Actress winner and a Best Picture nominee, boasting a 94 percent on Rotten Tomatoes. And of course, not every Best Actress-nominated movie starring a woman deserves a Best Pic nod, too; The Iron Lady, for instance, scored just 51 percent, with most focus on Streep's performance. But there's still a clear inequality here, and perhaps it lies both in the Oscars' voter makeup as well as sexism in Hollywood overall.

As we all know well, movies starring women are much less frequently made than movies starring men, so there are less contenders for Best Picture in the first place. In 2016, women comprised just 29 percent of protagonists in the top domestic grossing films, according to Women in TV and film. And as a report by USC Annenberg School for Communication and Journalism stated in a 2015 study, "Women described difficulty generating finance or interest in films about females or individuals from underrepresented groups." Female-led films are difficult to get made, and that leads to a lack of them existing, simple as that.

It also doesn't help that the biggest names in Hollywood rarely make movies about women. Except for December's The Post, Steven Spielberg hasn't made a female-led film since The Color Purple in 1985, and Martin Scorsese, meanwhile hasn't since 1974's Alice Doesn't Live Here Anymore. Female filmmakers like Ava DuVernay and Nicole Holofcener are making movies starring female-leads, but it's still not enough. There must be greater space carved out for female filmmakers, so more stories about women are told, and considered major awards contenders.

As the most-watched awards show, the Oscars receives over 40 million viewers each year, and even though it's great that women's roles have become increasingly diverse and complex over the years, it's not enough. The movies they're featured in deserve to earn Best Picture nominations as well, just like men-led films do all the time. Perhaps if we give more women the chance to both tell these stories in the first place and vote for them come awards season, then the Oscars will recognize more and more women-led films as being as legitimate and worthy of the highest level of acclaim.

And thankfully, in 2018, things have a chance to change. The 2018 Oscar nominations will be announced on Jan. 23, 2018, and the show will air on March 4, 2018. It's an exciting year, as several of the front-runners for Best Picture happen to have female leads, including The Shape of Water, Lady Bird, The Post, and Three Billboards Outside Ebbing, MO. Those films could all generate Best Actress nominations for their respective leads, as well.

Even though that's only four movies (out of a likely nine or 10 Best Picture nominees), the fact that more than one story primarily about women is receiving Oscar predictions is a major sign of improvement. Three Billboards, Lady Bird, and The Shape Of Water each feature strong, complicated, female leading characters, in movies that are actually about them. It may be a small step for the Academy of Motion Picture Arts and Sciences, but it's a giant leap for the entertainment industry as a whole.