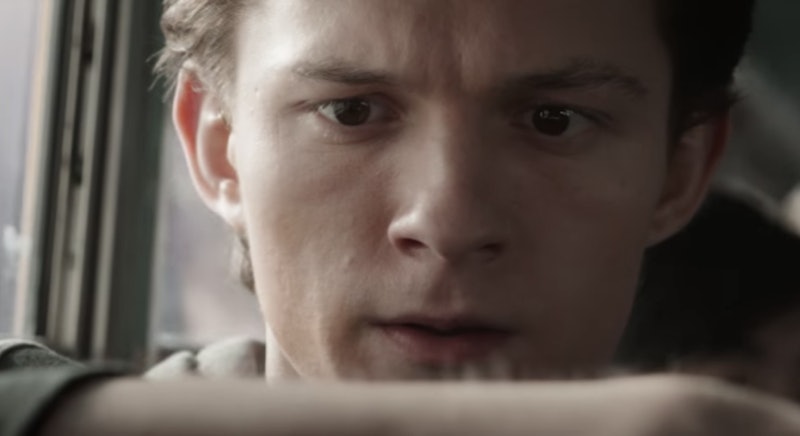 The moment that Marvel fans have been waiting for is finally here, because the first trailer for Avengers: Infinity War has arrived, and one moment in particular is polarizing the fan base. Thanos slamming Peter Parker to the ground has fans so up in arms that they might be able to get rid of the other Avengers altogether and just have the fans go to bat for their idol. That's right Dr. Strange, and Iron Man, and Thor, and Black Widow, and all the rest of the gang — your services aren't needed here, because Twitter more than has it under control.

The trailer for the most recent film in Marvel franchise dropped on Wednesday morning, and, just over a minute and 30 seconds in, there it was. The Titan grasps Peter Parker by the throat — our hero looking tiny in his super-being hand — and slams him into a craggy rock face. We only see the clip for a matter of seconds, and sure, Peter is in costume as Spider-Man at the time, but the contest still seems wildly uneven.

Even with just a glimpse of their showdown, it's hard to imagine what Peter could possibly do to get out of this situation. He appears to be completely alone, he's flailing more than he is struggling, and Thanos is doing this all with one hand. If the mutant-eternal even decides to bring another limb into the equation, things aren't looking good for our friendly neighborhood Spider-Man. Don't forget, the dude is mortal, and this looks like quite the punishing blow.

Enter: his fan base. They aren't ready to give up hope, or even worse — start speculating about whether Peter Parker will die in Infinity War. Get out of here with that type of attitude. Instead, they're bringing the muscle to back their boy up, and show Thanos that if he wants to get to the teen superhero, he'll have to go through them first.

But seriously dude, maybe pick on someone your own size and not... a literal teenager. Ideally also someone who can't be killed, just to make it an even match. He shoots webs out of his hands and loves his family. What could even be your beef? And it isn't just us asking. If these tweets are any indication, pretty much the entire internet wants to know, and they're ready to go right now.

Nothing like all caps to get your point across.

At the very least you gotta tackle someone with a reinforced suit. May we recommend Iron Man, perhaps??

If you want to get to him, you'll have to go through a very angry starfish and his patterned board shorts.

Today, we are all Mean Girls.

Say that again to our face.

You picked the wrong one.

We have eyes on you, Thanos. Don't try anything funny. Or funnier than you have already, when you targeted the youngest and one of the greenest members of the team. But seriously, is this any way to welcome Tom Holland to the franchise?

It certainly isn't, but some people felt slightly less equipped to help than their more vocal Twitter peers. They felt resigned to watch it all go down without lifting a finger. And can you blame them? We aren't all superheroes.

Fetch us our smelling salts.

At the end of the day, Thanos putting hands on Peter Parker is the most polarizing moment in the trailer, by a long shot. And whether it fills you with the hot blood of anger or makes you go weak at the knees, waiting until May 4, 2018 to find out what goes down between these two has never felt more impossible.