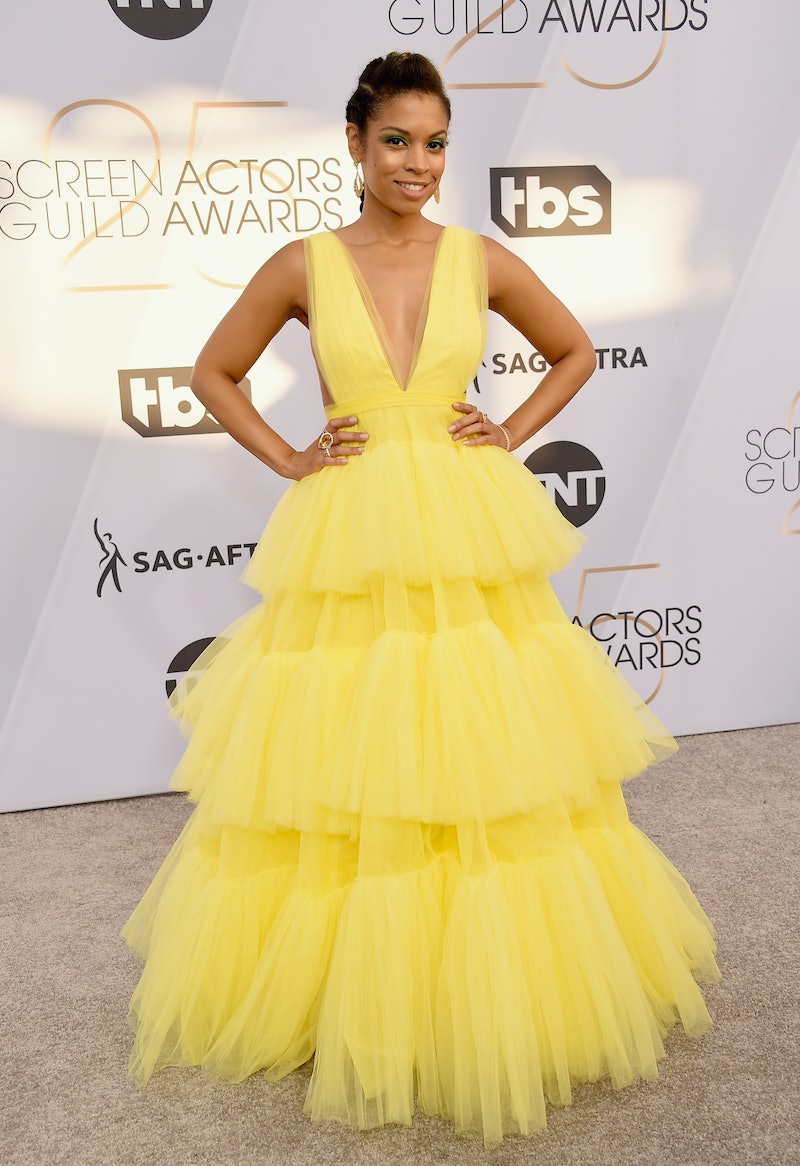 As Season 3 continues to take viewers on a rollercoaster ride of emotions, This Is Us star This is Us star Susan Kelechi Watson offers insight into Beth and Randall's relationship while revealing how she associates those same philosophies to the stories of women in real life. During an interview with Good Housekeeping, Watson addressed her character's on-screen struggles with husband Randall, explaining, “They’re trying to work out where they want to be as individuals, and it’s creating friction."

Watson, who appears as the cover star of GH's upcoming March issue, shed light on Beth's struggle to find her own identity and how it relates to many women in the real world who may have "lost themselves" amidst the work, life, and family balance. Sharing a powerful message, that many many women can likely relate to, Watson continued,

"I’ve heard many women — friends included — who have said once they became mothers, they lost themselves, and how important it is for a woman to know who she is without the other titles. Those titles are beautiful things, but it’s not the definition of who Beth is, so I love her feeling uncomfortable, and on her own search.”

Season 3 has certainly been an interesting ride for Beth, who has more recently found herself amidst a personal struggle with her identity after losing her job. During the current season, fans have also painstakingly watched Beth and Randall, who have long been relationship goals for This Is Us viewers, hit a rough patch in their marriage. Their recent problems have left many to wonder if separation or divorce is their future, thanks in part, to a flash forward which seemed to indicate that the two were only communicating through their adult daughter Tess.

Although it's unclear whether or not Beth and Randall will find peace in her personal life, it seems that the evolution of Beth is far from over.

During her chat with Good Housekeeping, Watson elaborated more on the complexity of Beth's journey in Seasons 3 and 4. Her comments reveal that fans have a lot more to look forward to in terms of the character's growth as an individual. Watson shared,

"This season Beth has become undone in ways we haven’t seen before, and that will continue. We’ll have an episode about where she came from. It’s been wonderful to learn about the dreams she had, who she wanted to become — and how far from that she is.”

Although Beth's prospective narrative on This Is Us is unclear, it seems that Watson is looking to her own personal future with great aspiration — and a few tips from an amazing role model. Explaining that you "have to practice the life you want,” Watson discussed her plans for aging gracefully, telling Good Housekeeping,

“I take a lot [of direction] from my great-grandmother. I would tell my future self to enjoy getting older…but not to get old. Hopefully I become a grandmother, and hopefully I’ll live into my 90s like my great-grandmother did, but not seem old. Stay active, stay involved, surround yourself with people who have a firm life and continue to laugh a lot.”

Watson appears to have it all figured out when it comes to living a fulfilling life off-screen. However, it seems that fans may have to keep their fingers crossed for a happy ending when it comes to Beth and Randall's on-screen romance.