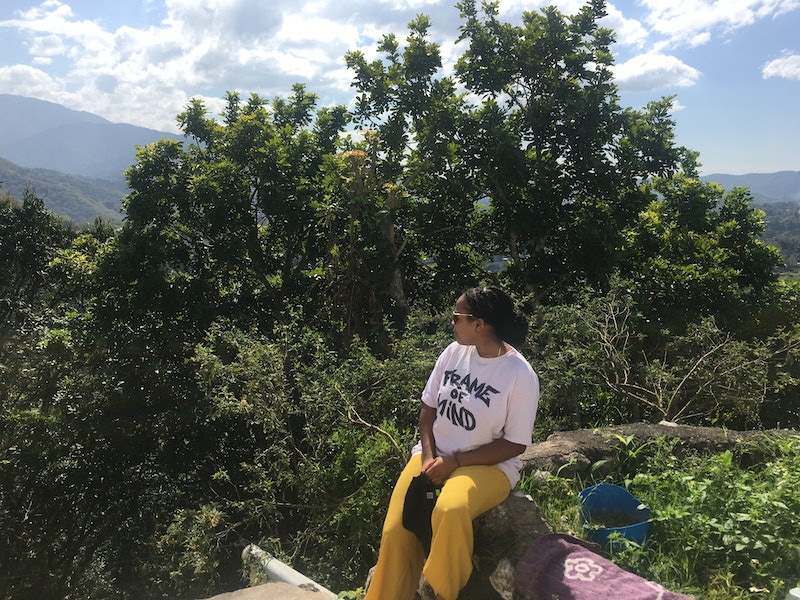 Fitting in and understanding where my home is has always been a bit difficult for me. I’m a third generation Jamaican, born and raised in London and I’m proud of my heritage. My grandparents are part of the Windrush generation and came to the U.K. after World War II. I’ve felt like I belonged in the UK because this is where I was born and live, but I'm also black and Jamaican and understand that that too is a big part of my identity.

Ever since a charter flight carrying over 50 UK residents of Jamaican descent (some of whom have lived in the U.K. since childhood) left for Jamaica in February, the idea of home has been destabilised for me. I am still othered, we are as black British people, and as a result it sometimes it feels like we can never fully call the U.K. our home, no matter how strong our attachment to it.

The Windrush scandal was further proof of how disposable we are as Jamaicans living in the UK. I’m sure most British people of colour are used to the age-old question “where are you from?” In my experience, it's usually asked by white Brits as they try and decipher my heritage, and by doing so they suggest that I can’t really be British. It’s usually done with no bad intention but it further isolates people of colour in the U.K. and I realise that perhaps home isn't as clear cut as simply the country you are born in.

This year, I’ve returned to Jamaica after 14 years in the hope that it will help me better understand myself and where my home really is. Growing up my brother and I would spend every summer with my Grandma and they were some of my fondest childhood memories. We would run around in the gullies, chew on sugarcane and splash about in Castleton river. I do, however, remember thinking this also wasn’t really my home either.

I have a southern English accent which is a far cry from the patois spoken in Jamaica and if I’m honest, I still struggle to understand what everyone is saying here. I recall finding the weather too humid because it was worlds away from drizzly the London I was used to. And the people I met in Jamaica knew I was not from there. Although I looked similar, my accent, my clothes and even the way I walked made it painfully obvious that I was still just a foreigner. I have memories of family friends assuming I was rich because we were from England even though we were far from wealthy. It was a reminder that my identity was somewhere balancing in limbo.

Regardless, being in Jamaica is like exhaling. Although London is one of the most multicultural cities in the world, the U.K. is only 10% black. So here in Jamaica I blend in. I don’t have to worry about standing out or being seen as “other” because of the colour of my skin. I’m surrounded by people who look just like me. It’s a land rich with my culture and that of my ancestors. How can you know who you are if you don’t know where you came from?

Understanding home as a third generation Jamaican will always be a difficult space to navigate. I am British, that is my home and where I live and what I know. But I’m Jamaican too — It’s my culture, my family and my ancestral home. I’m only at the start of my trip back to Jamaica but I’m hoping to find out more of who I am and where I come from. Maybe these are the first steps to fully understanding home.