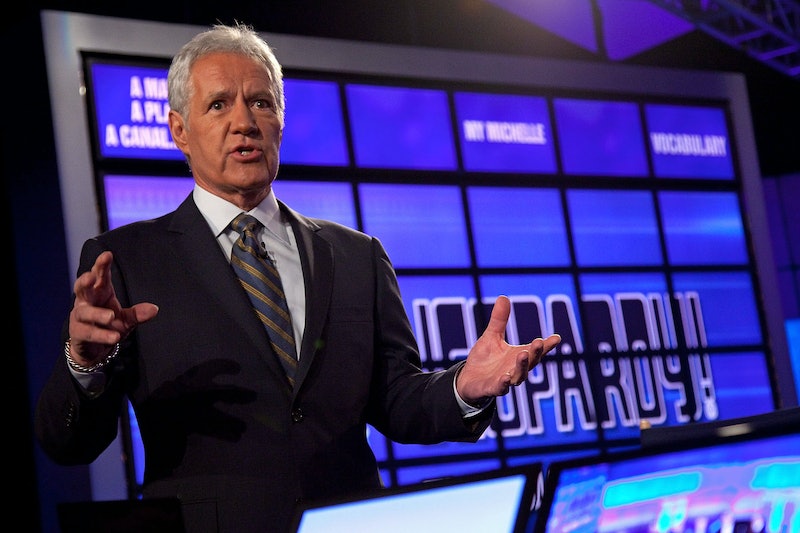 If you're an avid watcher of sitcoms or dramas, you should be well-aware that spoilers often come with the territory. If you miss an episode the night it airs, you stay off social media unless you want to know what happened. If you haven't seen the show's series finale, don't leave your house. Well, now, even Jeopardy has spoilers, as Variety recently reported, and this one just revealed one famous contestant's fate.

No one really associates game shows with spoilers. More often than not, the winner is decided within a single episode. You get complete resolution right then and there, which makes the genre pretty low key in terms of investment.

However, contestant James Holzhauer has been slaying Jeopardy as of late — so much so, that he's been steadily on the verge of breaking the show's all-time win record. Holzhauer has won $2,462,216 over the course of the last 32 games, as per Variety, which makes him only the second person in Jeopardy history to accumulate more than $2 million.

Because of Holzhauer's ascent towards game show history, the episode set to air on Monday, June 3, has been one of significant anticipation for loyal viewers. The 33-year-old pro sports gambler was only $58,485 away from breaking the win record, and now we know in advance whether or not that comes to fruition — thanks to a clip that was leaked on social media on Sunday, June 2. @TheRandomIntel shared the video on Sunday evening, but the video has since been disabled.

So, the "Final Jeopardy" question appears to be: "The line, 'A great reckoning in a little room,' in As You Like It, is usually taken to refer to this author's premature death." No clue over here, but Shakespeare isn't my strong suit. The correct answer is, apparently, Christopher "Kit" Marlowe, and all three contestants got it right.

The first contestant ended up with $17,000 after collecting the winnings from his bet. Holzhauer was up next, and made what long-time host Alex Trebek called, "a modest [wager] for the first time," which put him at $24,799. The final contestant, a woman named Emma, had $26,600 before the last round, and maintained an impressive poker face throughout the reveal. Seriously, though — she didn't show one ounce of emotion one way or another until the absolute end.

After Trebek spent a moment hyping up the dramatic conclusion, Holzhauer's fate became clear: He is no longer the champion, and will remain the second most-winning contestant of all-time. Emma's successful wager put her at $46,801 — $22,002 more than Holzhauer. You almost feel bad for the guy for a hot minute, until you remember that he's going home with more than $2 million.

It's unclear why anyone would go to the trouble to leak this kind of thing — it seems a little sadistic to do to a show that's so pure at its core, doesn't it? — but it happened, and here we are. No longer are spoilers contained to sitcoms and dramas, they've infiltrated game shows now, too. Nothing is sacred anymore. Oops, hang on — let me rephrase that in the form of a question: What is, "Is nothing sacred anymore?"