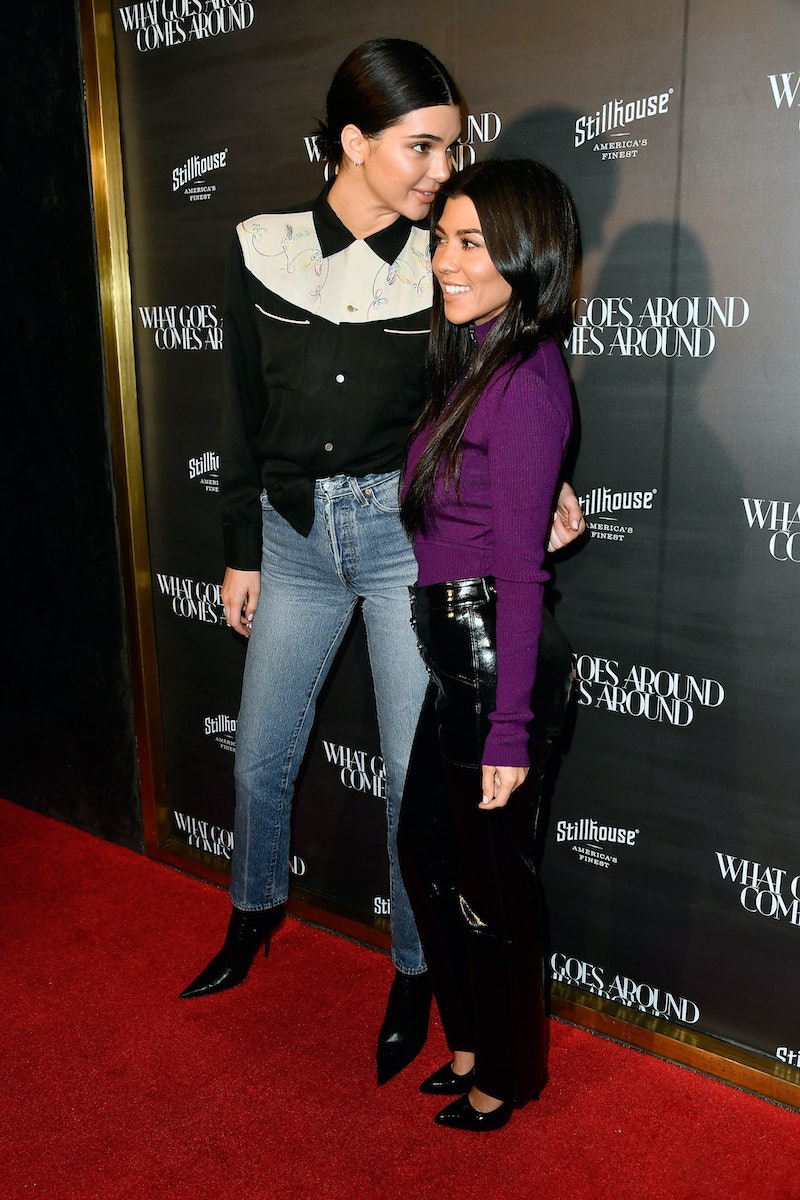 Someone check on the state of Kendall Jenner's mattresses. After Kourtney Kardashian and her three kids moved in with Kendall when the California wildfires broke out, they all got on the model's last nerve. And the way she handled things is all too relatable for introverts. Kendall's reaction to Kourtney overstaying her welcome shows how difficult it can be for some people to address confrontation, but the sisters worked things out in the end.

During Sunday night's Keeping Up With The Kardashians episode, Kourtney explained to her friend Larsa Pippen that she and her three children — Mason, Penelope, and Reign — were staying with Kendall while their house was restored after the fire damage. The work included steaming the rugs and making sure the air was safe to breathe, and the family was at Kendall's house for more than a week.

Kendall was a gracious host during the episode, but it grew increasingly clear that she wanted her house back to herself. The last straw seemed to come when Kendall's vegetable oil went missing, and she also couldn't find one of her mugs. Of course, unbeknownst to her at the time, Reign had also peed in one of Kendall's beds, which had to have been more aggravating than the vegetable oil fiasco. Especially since, while Kardashian did replace the oil and the mug, she didn't talk to Kendall about the bed during the episode.

As a self-identified introvert, I was nodding along with Kendall's increasing discomfort throughout the episode. Having company is wonderful, but it's hard to beat the peacefulness that comes with having the house to yourself at the end of the day. But, like Kendall, I would have been very hesitant to tell a houseguest to leave. Confrontation is really hard!

In the end, Kendall ended up talking things through with her mom before going to her sister. And even then, she couldn't bring herself to directly ask Kourt to leave, instead mentioning her frustration over the vegetable oil. Kendall has been open about her anxiety on KUWTK in the past, so it's more than understandable that the topic was a difficult one to broach with her sister.

Fortunately, after talking to Pippen, Kourtney realized on her own that it was time to leave her sister's house. And she tried to make amends by buying her a couple of large vegetable oil jugs. (It's still unclear if Kourtney ever told Kendall about the mattress, though after Sunday's episode, she definitely knows.)

Living with a group of other people can be great for extroverts. You're never alone, and there's always something going on. But introverts need and crave space and time to themselves, which Kendall was definitely lacking during Kourtney's visit. (Kourtney and her kids were apparently all sleeping with Kendall in her bedroom — basically an introvert's nightmare.) The model has her house back to herself now, though. And the next time Kourtney and her kids pay Kendall a visit, it probably won't be for days (or weeks) at a time.