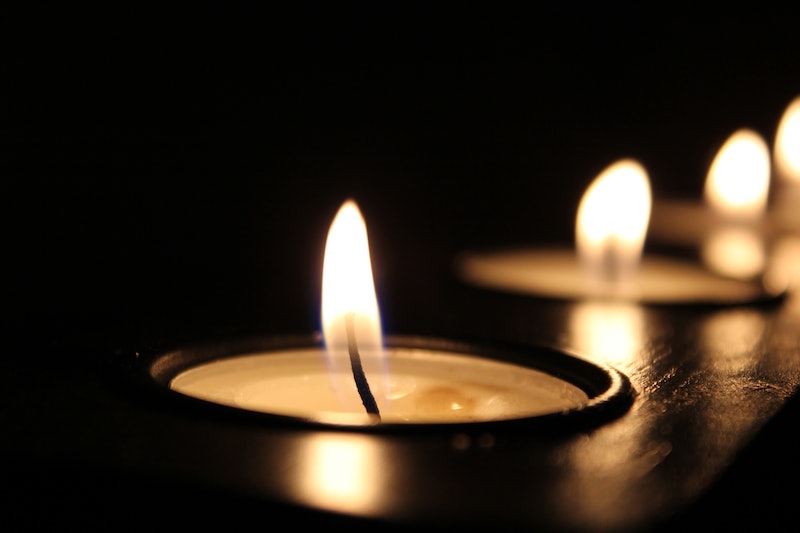 Pexels
By Lara Rutherford-Morrison
May 10, 2017

After Russell Davison’s wife, Wendy, passed away following a long struggle with cancer last month, he slept with her body at home for six days. Now, the grieving husband’s Facebook post about coping with his wife’s death is going viral, with readers responding to both Davison’s moving tribute to his late-wife and his broader discussion of how society deals with death. Though his decision to keep Wendy’s body at home may be a relatively unusual one, Davison’s story reveals how having a more open, frank approach to death and dead bodies may aid the grieving process.

After being diagnosed with cervical cancer more than a decade ago, Wendy died at the age of 50 in her home in Derby, UK, on April 21, surrounded by loved ones. In a lengthy Facebook post about her life and death, Russell Davison recalled a decision they made three years ago to “start living in ‘The Now’ and make the very most of every moment [they] had left together.” The couple bought a caravan and traveled across Europe with their dog, Elvis. “We have been to fifteen counties from Bosnia to Sweden and spent 2 full winter seasons snowboarding in the Austrian Alps (neither of us could snowboard before!),” he wrote. “We have brought our boys out to see us many times and we have had the absolute time of our lives, the sort of thing dreams are made of. I regularly asked Wendy if there was anything else she would rather be doing and she always said she was doing exactly what she wanted.” In September 2016, the Davisons were forced to return to England when Wendy’ pain became too much to bear.

Davison described Wendy’s as a life well lived, writing, “Wendy smashed it! She lead her life in the most remarkable way milking every last drop of fun, excitement & love there was in every moment.”

In the post, Davison discussed the unusual arrangements he and the family settled on after Wendy’s passing: They kept her body at home for six days, allowing family and friends to come visit her, and Davison to sleep in the room with her at night. Wendy’s body was cremated privately in April, and, this weekend, they will hold a celebration of her life for family and friends. “[H]aving Wendy’s body here and being able to sit with her all day, have her friends and family come to sit with her, chat with her, chat about her and light candles and incense on her alter is proving to be such a beautiful and comforting experience for me, the boys and all that are taking part,” Davison wrote. He added, “Something very beautiful is happening right now in our house and I can’t help feeling Wendy is making that happen.”

Davison’s post advocates a more open approach to death. “Death seems to be such a taboo subject in our society, no one seems to want to talk about it,” he wrote. “… As I said Wendy (and me) [were] not afraid of dying so we were certainly not frightened about talking about dying. We have been fooled by TV and films etc into thinking there is something to [be] scared about dead bodies, there is not I can assure you.”

Since Davison posted the essay in April, hundreds of people have commented to offer condolences, thanks, and memories of Wendy. You can read Davison’s full Facebook post here — but be sure to grab some tissues first. You’ll need them.