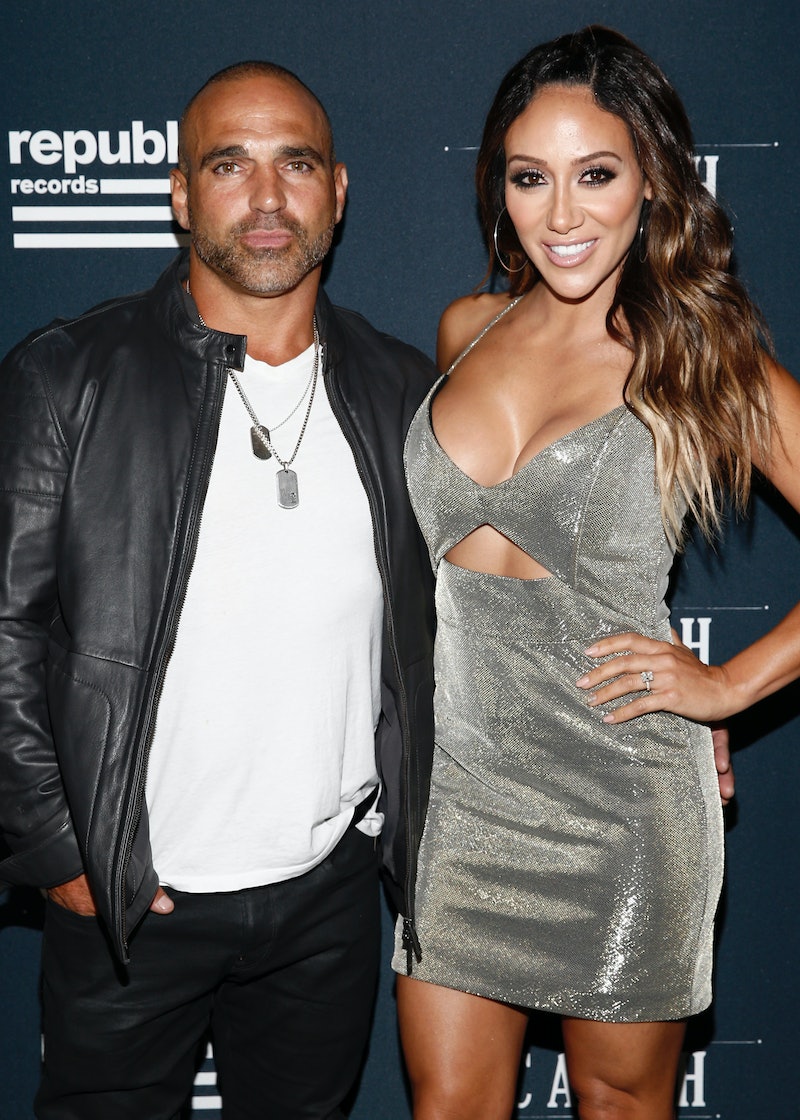 Do you feel dizzy? Does the room seem to be whirling around you? No, you don’t have the spins. You’ve got a case of the possible spinoffs. The on-again, off-again whispers about The Real Housewives of New Jersey stars Melissa and Joe Gorga potentially getting a spinoff? Oh, the whispers are whispering again. So cup your hands over your ears and listen hard.

As Real Housewives gossip and news site All About the Real Housewives pointed out on Monday, Melissa reportedly told Life & Style earlier this month that she thinks a house flipping show could be the Gorga family’s next endeavor. In the March 1 issue of the magazine (the digital version is available online now), the New Jersey Housewife said,

"Now everybody wants to know when Joe and I are going to do the flipping house reality show. And I think it might be coming. We’ll see!"

"I think it might be coming" is in no way a confirmation or announcement or official declaration, but this comment sure is a splash of fuel on the spinoff speculation fire. A fire the Gorgas know all too well.

One year ago, Page Six reported that Melissa and Joe were mulling over the idea of doing their own show, but according to the publication’s insider, the couple apparently decided to not go through with it. The reportedly scrapped spinoff was a home flipping show. Page Six’s source claimed, “Joe was going to build the houses with his construction business and Melissa was going to get her real estate license and be the interior designer.”

But not unlike Danielle Staub after several seasons away from RHONJ, the chatter surrounding the Gorgas home flipping show seems to be back with a vengeance. Twelve months after Page Six reported the Gorgas' home flipping show had been squashed, Melissa let Life & Style know that "it might be coming."

Could the latest round of spin-off talk fizzle out like last year’s spinoff talk? Sure. If Danielle and Teresa Giudice’s reconciliation taught us anything, it is that literally anything is possible.

Speaking of possible things, a show where the Gorgas flip houses in front of a Bravo camera crew seems like something that could totally happen, especially given Bravo’s new and ever-growing slate of home renovation programming. Moreover, Joe and Melissa are reality show veterans who know how to deliver good TV, and Bravo sure does love to give established Real Housewives stars spinoffs.

I, for one, would be very here for a Gorgas spinoff (as long as they do not leave RHONJ, that is). Who wouldn't want to watch Melissa and her perfect ponytail take a sledgehammer to drywall only to find some vermin hiding in the walls? And who wouldn't want to see Joe try to put man caves in every house and/or say "this is where the magic will happen" every time he walked into a to-be-renovated bedroom (come on, don't act like he wouldn't do either of those things). May Melissa's recent remarks to Life & Style be the beginning of a beautiful, popcorn ceiling-covered spinoff.