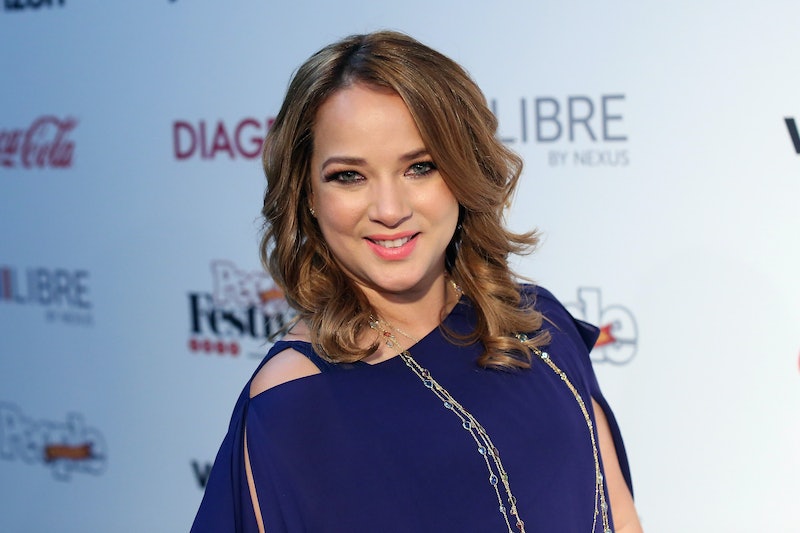 Adamari López recently Instagrammed a photo of herself while wearing a bathing suit on vacation. The internet being what it is, some unhappy people took the image as an opportunity to criticize her body. Now, the Telemundo morning show host is clapping back at body shamers in a powerful way. Her message? “I will not stop showing who I am, and I will continue to live happily every stage of my life.”

López co-hosts the Telemundo morning show “Un Nuevo Día” and has appeared in multiple Spanish-language soap operas. At the end of May, she posted a photo on Instagram of herself vacationing on the beach in Mexico with her partner, Toni Costa, to celebrate her 46th birthday. The image shows her sitting on the shore, wearing a big, floppy hat, sunglasses, and (gasp!) a bathing suit. (TBH, the photo looks like an amazing way to ring in a new year.) The post garnered over 100,000 “likes” from fans, but others made disparaging remarks about her weight.

Thankfully, López isn’t bothered. “After facing cancer, I have gone through several physical changes,” she told TODAY. “My body has changed. I went from being thin (size 0-2) to size 6, and my weight has been up and down ever since. During my pregnancy, I gained more weight and I haven’t committed myself to losing it yet.” She said that, if she decides to lose weight, it will be for herself and “not to satisfy the people who think I should lose weight.”

López also pointed out that, when people go out of their way to be cruel others, it often says more about them than the objects of their criticism. “I think that when people criticize, they criticize themselves more,” she told TODAY. “I do not take it personal. Most likely, those individuals that criticize so brutally have a void in their lives, which reflects in trying to destroy or denigrate others, when in fact it is a reflection of what they have in their heart.” She added, “The size or shape of your body doesn't define you as a person, it doesn’t determine who you are or what you can contribute to the world.”

In an interview with NBC San Diego, López said,

I believe that I have a lot of worth as a woman and that nobody has to be with me because I am fat or skinny. And I am very calm and happy doing the things that I enjoy and showing myself as I am because I’m happy with myself.

“I am happy with myself.” Is there any response that can shut down critics and trolls more effectively than that? Such a simple idea, and yet so powerful. I think most of us could stand to take a page from López's positive attitude.