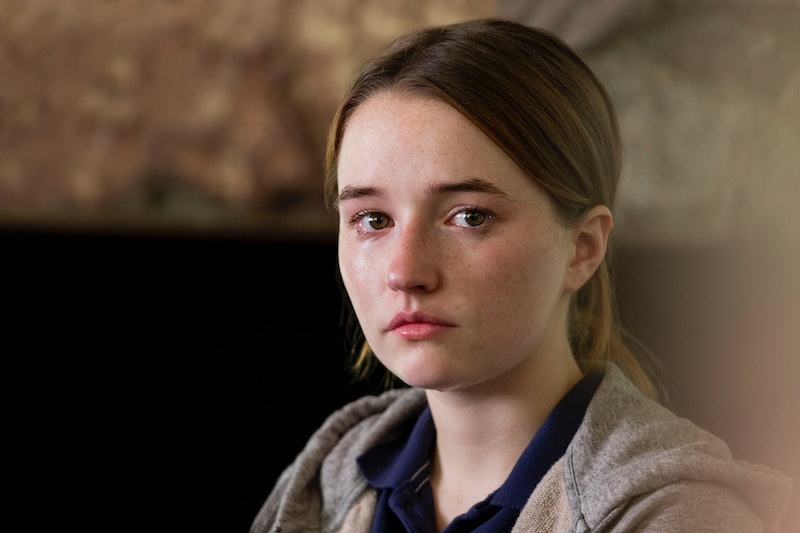 When people say that they are victims of sexual assault, one's proper reaction should be to believe them and listen to their story. Sadly, especially in the legal system, these claims are often dismissed or inappropriately questioned, a truth that Netflix's new series Unbelievable aims to put on blast. Netflix's Unbelievable trailer is all about getting justice for rape survivors. The show stars Emmy winners Toni Collette and Merritt Wever as two kick-ass detectives who won't let the voice of sexual assault victims be silenced, and will premiere on Netflix in September.

According to a press release obtained by Bustle, Unbelievable follows detectives Grace Rasmussen (Collette) and Karen Duvall (Wever) who work together to catch a potential serial rapist after finding out that the intruder rapes they're currently investigating in different towns have eerily similar stories. Meanwhile, hundreds of miles away, another victim, teenager Marie Adler (Booksmart's Kaitlyn Dever), files a police report claiming that she was sexually assaulted by an intruder in her home. But her story is quickly met with doubt from the investigators and even her own family, leading to a downward spiral that looks all too heartbreaking.

The new limited series was inspired by a true story reported by T. Christian Miller and Ken Armstrong in their Pultizer Prize-winning article "An Unbelievable Story of Rape," published in 2015, and told in an episode of radio show This American Life, entitled "Anatomy of Doubt". The names and personal lives of everyone involved has been changed in the series, but the details about the brutal assualts and investigative work in the show follow the true facts of the case.

In a new interview with Refinery29, showrunner Susannah Grant and executive producer Sarah Timberman said that they hope Unbelievable sheds light on the often painful process of having to report a rape, and makes viewers rethink how they approach sexual assault victims and their stories.

“There a couple of things you hear said about the process of reporting a rape," Grant explained. "One is that the investigation feels like a second assault. And you also hear that the process of going through the kit also feels like an assault. So, rather than just accept that, we really wanted to break that down and communicate that on a more visceral level, so you can experience why that’s true in an emotional way."

As shown in the trailer, especially as it concerns Marie's story, the show will also highlight how investigators and police officers are often not prepared to properly handle a sexual assault case, making the victim feel like the suspect. “The questioning of sexual assault victims as suspects is an old pattern in law enforcement,” Timberman said. “There’s no telling how someone who is the victim of assault or a violent crime might behave, and to draw wrong conclusions can lead you down a tragic path.”

The first episode of Unbelievable will premiere Friday, July 19, at New York's 51Fest, a new film festival designed to highlight and celebrate women's stories, and the entire series will hit Netflix on September 13.