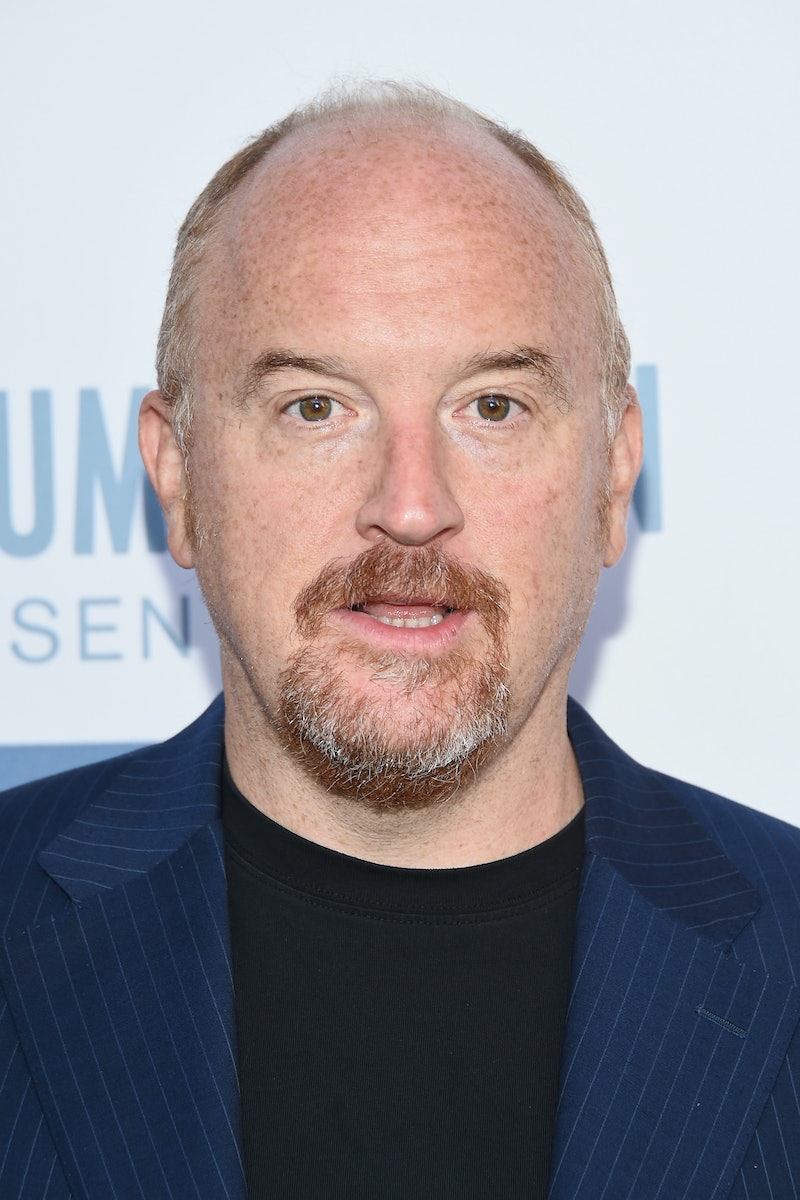 The joke, which can be heard in this video of a performance from 2011, begins with C.K. describing how “Sexual perversion is a problem” in this country, and goes into how people “have to jack off to everything,” including news on TV. The full bit goes:

Sexual perversion is a problem. You can’t stop it. People gotta do what they gotta do. This country’s pretty perverted. We have to jack off to everything. Sex is in everything. You watch the news and there’s like a woman telling, like ooh and in Libya, and I’m like yeah well tell me about Libya. Tell me about Libya. Say Libya again, come on. I’m fucking right up to my screen, my flat screen. Come on, say Libya again. [Grunts].

The joke is, on its surface, that C.K. is sexualizing a news report about Libya — which, you know, is not sexy. But the more insidious side of the joke is that C.K. is bringing the image of woman delivering the news report about Libya into his sexual practice — without her consent. The idea that somehow it’s OK to sexualize or masturbate to a woman who’s just doing her job — reading the news on camera — which could be seen as a precursor to the notion that you can do the same to a woman in real life who, say, is meeting with a potential professional mentor, as some of the women who claimed that C.K. masturbated in front of them were doing. Jokes like these break down the barrier between what is and is not part of a consensual sexual practice. They legitimize the idea that women exist purely for male pleasure, in and out of professional settings, allowing men in power to take advantage of those blurred lines to sexually harass or assault women in real life, not on video.