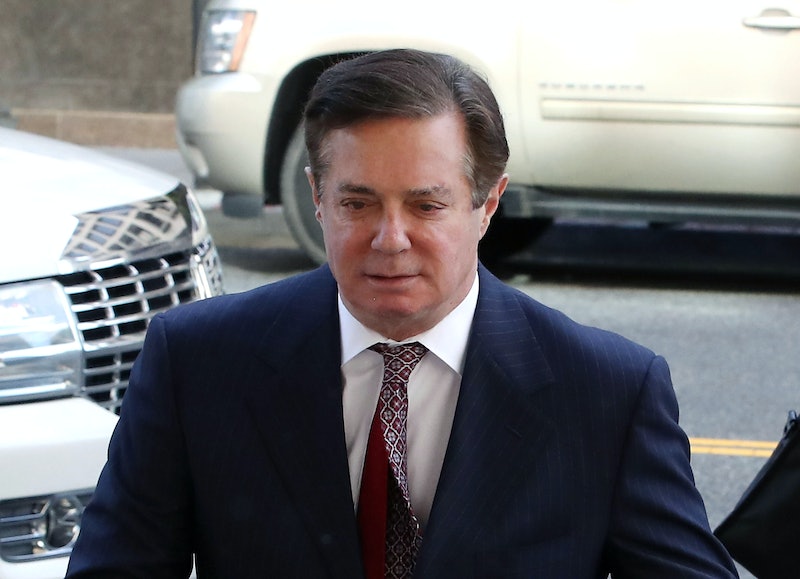 President Donald Trump's former campaign chairman faced his final sentencing hearing on Wednesday. In a Washington D.C. federal court, Judge Amy Berman Jackson sentenced Paul Manafort to almost four more years in prison. Along with his previous sentence, Manafort is now due to serve a total of seven and a half years behind bars.

Wednesday's hearing marked the second time in a week that the former political consultant appeared in court. A federal judge in Virginia sentenced Manafort to 47 months on Thursday for a series of crimes including bank fraud and violating lobbying laws. Many analysts argued that this judgment was relatively lenient, especially compared to long sentences frequently dealt out to low-income people and people of color. Prosecutors had called for Manafort to spend between 19 and 25 years behind bars.

Though some legal analysts saw Manafort's Wednesday court appearance as a final chance to deal out proper amount of justice, Judge Jackson's actions were somewhat limited. According to CNN, she wasn't allowed to sentence him to more than 10 years for the final two charges he pleaded guilty to: conspiracy witness tampering and conspiracy against the United States. But Jackson was expected to air on the higher side of possible prison time.

Jackson did not deliver the highest possible sentence, and some analysts argued that her ruling seemed overly lenient. Near the beginning of the hearing, she declared that Wednesday's court proceedings couldn't act as "a review or a revision of a sentence that was imposed by another court." She gave Manafort a total of 73 months, 30 of which overlap with his preexisting 47-month sentence, according to CBS News. That leaves 90 months — or seven and a half years — in total. Because Manafort has already been in prison for nine months, he has 81 months left.

Jackson offered some harsh words to Manafort, arguing that he "sought to undermine, not promote, American ideals," according to CBS News. She also argued that "it is hard to overstate the number of lies, and the amount of fraud" involved in his crimes, per Talking Points Memo.

Manafort was criticized for declining to apologize after his first sentencing last week, though he did tell the court, "Saying I feel humiliated and ashamed would be a gross understatement." Judge T.S. Ellis III noted his lack of an apology before announcing that sentence. On Wednesday, the former campaign chairman tried to alter his tone.

"I want to say to you now that I am sorry for what I have done and for all the activities that have gotten us here today," Manafort told the court before receiving his new sentence. "While I cannot undo the past, I can assure that the future will be very different."

Separately, prosecutors in New York indicted Manafort on 16 counts of residential mortgage crimes on Wednesday just after Jackson's sentence was announced. According to NBC News, Manafort has now been accused of illegally acquiring millions of dollars in a mortgage scam that involved falsifying business records. While Manafort's federal sentences could potentially be overturned by a presidential pardon, Trump would be unable to pardon any sentence his former campaign chairman may receive at the state level.