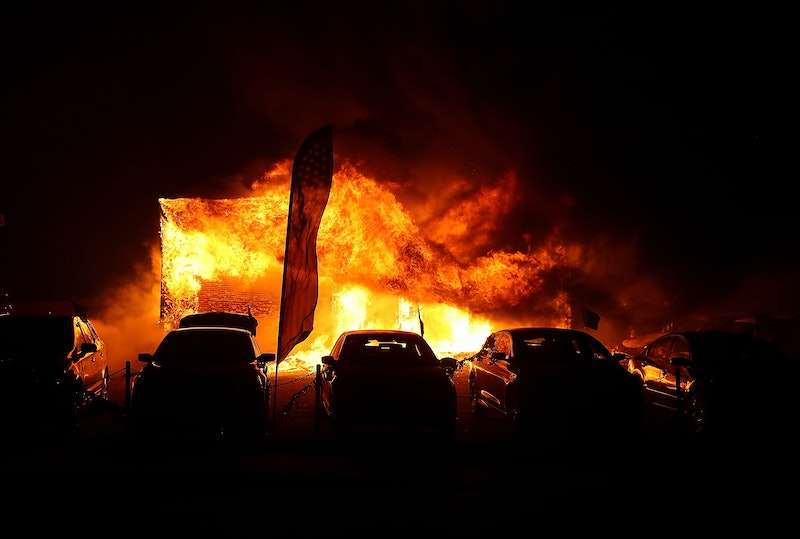 It's impossible to say what caused or contributed to the shift in public attitude. But over the last several years, America has been rocked with a seemingly endless string of horrific natural disasters, many of which scientists say were exacerbated by global warming, while President Trump's decision to withdraw from the Paris Climate Accords drew significant media attention to the topic of rising global temperatures.

The phrase "global warming" refers specifically to the trend of global temperatures increasing over time, whereas "climate change" is a broader term that encompasses not only global warming but other planetary changes caused by human activity, such as rising sea levels and extreme weather events. However, the terms are often used interchangeably, and although the Ipsos study is titled "Climate Change in the American Mind," many of the the poll questions asked about Americans beliefs in "global warming."

The survey, conducted in November and December 2018 by Ipsos for the Yale Program on Climate Change Communication and the George Mason University Center For Climate Change Communication, found that 73 percent of Americans believe in global warming, compared with just 14 percent who don't. The poll found that 62 percent of Americans are aware that global warming is primarily caused by humans, while 23 percent deny or are unaware of this. Seventy-two percent of respondents said that global warming is personally important to them, while 28 percent said that it's either "not too" or "not at all" personally important.

Dr. Anthony Leiserowitz, who heads the Yale program, attributed the shift in public opinion to several factors: Extreme weather events, such as the California wildfires and Hurricane Maria; two recent alarming reports about climate change's projected impact going forward, one from the United Nations and one from the U.S. government; and Trump, whose many derisive remarks about climate change are "driv[ing] more media attention to the exact issue."

It's worth noting that public attitudes on global warming have not been steadily increasing over the last 10 years. The Ipsos study found that, in general, belief in and concern about global warming was at similar levels in 2008 as now, but fell significantly during Barack Obama's presidency before returning to 2008 levels after the election of Trump.

For instance, the share of Americans who say global warming is personally important to them was 70 percent in 2008; it then fell below 60 percent a year later and hovered around that level until 2017 before reaching its current high of 72 percent. Similarly, the share of Americans who said they're "extremely" or "very" sure that global warming is happening was 51 percent in 2008, but plummeted to 33 percent the next year and stayed below 50 percent until the end of 2018, when it reached 51 percent again.

Also on Tuesday, Science published a study by the Hebrew University of Jerusalem showing that air pollution has been cooling the earth much faster than previously believed. It was the latest of several studies finding that climate change is proceeding faster than earlier estimates.