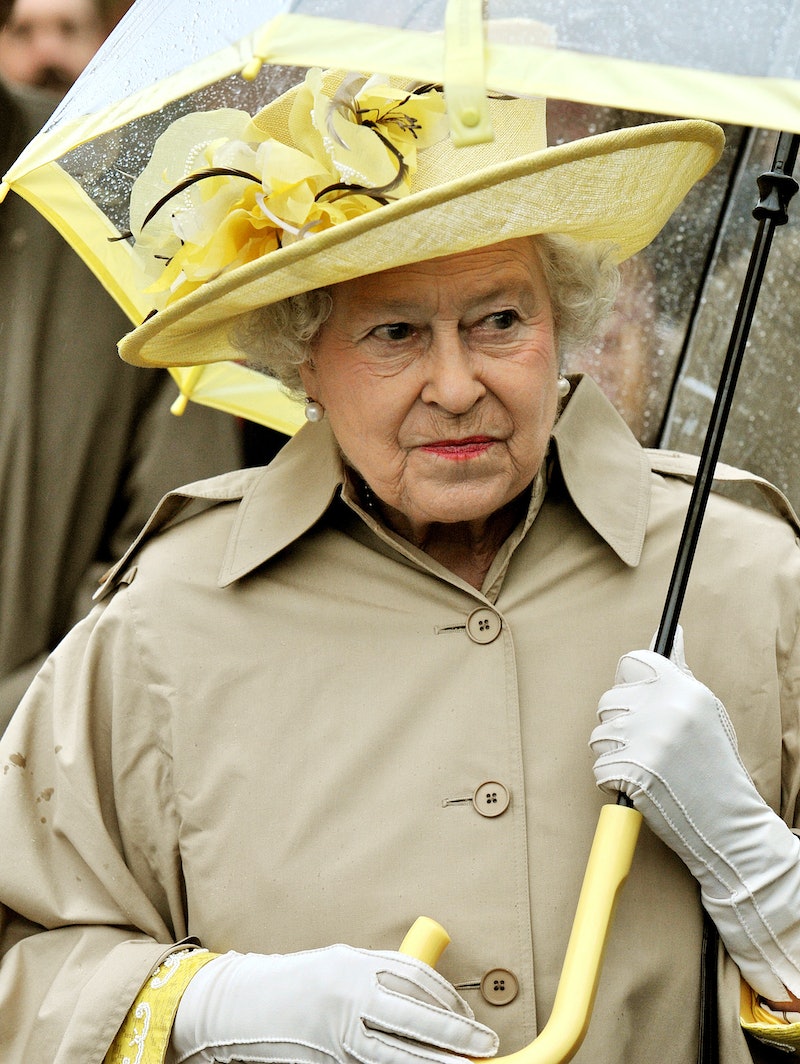 If you're still riding high on royal family fever post-Harry and Meghan's wedding, ABC has the show for you. The two-night special titled The Story of the Royals starts Aug. 22 at 9:00 p.m. with Part 2 airing Aug. 23 at 9 p.m. The synopsis promises that the series "captures the mystique of the monarchy through its many loves, losses, extravagances, challenges and charms." It's far from the first documentary on the royals, and it won't be the last. Viewers have been fascinated with the monarchs for years, which is why, in 1969, the Royal Family documentary was shown in the U.K... and then taken off the air forever when Buckingham Palace reportedly freaked out.

According to Express, even though Queen Elizabeth had given her consent to have her family followed by BBC cameras for 18 months, she reportedly decided post-airing that it was too much of a glimpse into her private life. The Daily Mail reported that the two-hour documentary and the 38 hours of unedited footage have since been locked away in the Royal Archives at Windsor, not seen in full since 1969.

Few clips remain of the groundbreaking documentary, which featured a rare glimpse at everyday life for the royals. According to The Telegraph, scenes featured mundane events like a breakfast chit chat with a young Prince Charles, Prince Phillip grilling for a barbecue, and the queen being, gasp, a mother.

The Daily Mail reported that the intent behind the film was to modernize the royal family and make them more accessible for a new type of U.K. citizen. Trusted advisors recommended the idea to the royal family, who were very reticent. According to the Daily Mail, the queen's mother declared it "the most ­terrible idea."

In recent years, Princess Anne has retroactively called it "a rotten idea," per Express. "The attention which had been brought upon one ever since one was a child — you just didn’t need any more." But, since the queen had been trying to force herself to modernize and let the cameras in — through events like her Christmas telecast — she acquiesced to the idea.

The 18-month labor followed the family in Buckingham Palace, Windsor Castle, Sandringham, and Balmoral, per the Daily Mail. The 38 hours of footage were edited down to two, which Smithsonian reported was still considered "too long" by the queen. The viewing public apparently disagreed and Smithsonian reported that 37 million people sat down to watch the BBC broadcast on June 21, 1969. Though public support for the monarchy rose following the movie, Smithsonian reported that the queen seemingly felt that over-normalizing the royal family would be a mistake. The film was pulled, never to be seen in full again.

But, over the years, the queen has released snippets from the documentary to commemorate certain events. Per Express, two clips were released in 2011. One was given to the National Portrait Gallery to honor the queen's Diamond Jubilee and showed the queen eating breakfast with Prince Charles, Princess Anne, and Prince Phillip. Another was released to celebrate Prince Phillip turning 90.

Part of the documentary also showed her meeting then-President Nixon. According to The Telegraph, she could be seen saying, "World problems are so complex, aren't they now?" Below is a clip of that meeting, though it doesn't include that line.

You can also see some black and white promotional clips at around 1:45 in this video:

National Portrait Gallery curator Paul Moorhouse lamented to The Telegraph that the full film remains under lock and key.

"Legend has it that the Queen doesn't want parts of it to be shown. Regrettably, the film hasn't been seen for a long time. It just disappeared. There is a reluctance for this to be revisited. I wish we could show it in its entirety. It tells you a lot about family life. And it redefined the nation's view of the Queen — the audience were amazed to be able to hear the Queen speaking spontaneously, and to see her in a domestic setting."

A rep for the royals told Express earlier this year, "This is a special program to mark a special moment in time. [Excerpts] have been subsequently approved for landmark documentaries and events."

So, perhaps the public will be treated to other clips in the future. But, for now, we'll just have to settle for the tidbits we've got.