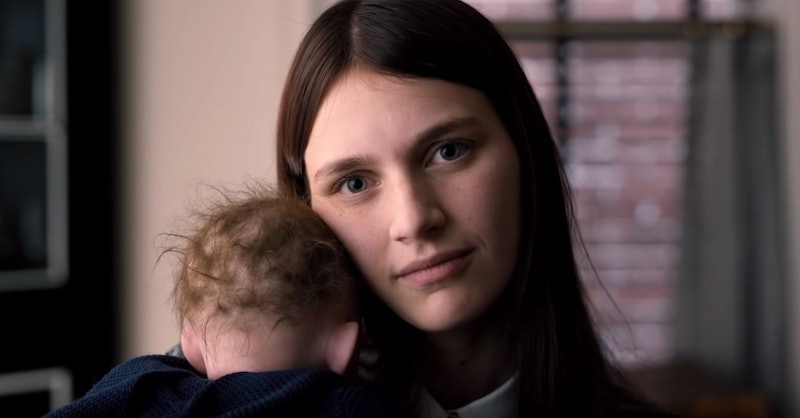 The star of M. Night Shyamalan's new Apple TV+ series Servant is a baby doll that looks a little too lifelike. The latest Servant trailer reveals how its creepy baby was made. And the horror is definitely in the details.

The half-hour psychological thriller, which premieres Thanksgiving, Nov. 28, is about grieving Philadelphia couple Sean and Dorothy Turner (Toby Kebbell and Lauren Ambrose) trying to deal with the loss of their 13-month-old son Jericho. To cope with her sadness, Dorothy's grief counselor suggests she get a lifelike baby doll to help her adjust. Since this is a M. Night Shyamalan project, one might guess that there is more to this doll than meets the eye.

As this new trailer, "Making Jericho," shows choosing the way too realistic doll's eye was a project in itself. In the clip, fans get to see how the baby doll, which is real, not CGI, came together so masterfully. How the doll maker sculpted its little hands and chiseled its little toes. How he applied each little eyelash with a tweezer before choosing an eye that's as blue as the sky.

"Made with love," the YouTube description of the trailer reads. If that doesn't send shivers all the way down your spine, then we need to talk.

While this trailer showed the craftsmanship that went into making this prop, the first Servant trailer teased Jericho's backstory. From the minute viewers meet Jericho in this teaser, he is a doll. Something fans shockingly learn when, towards the end of the clip, his father grabs him by the legs and holds him upside down.

As Sean tells their new nanny Leanne (Game of Thrones’ Nell Tiger Free), the titular "servant," the Jericho doll is for his wife. It's "the only thing that brought her back," he tells the young woman who is more than willing to go along with the ruse. Leanne's willingness is almost as disturbing as the doll — almost.

The 10-episode series is about this couple who have been through "an unspeakable tragedy [that] creates a rift in their marriage and opens the door for a mysterious force to enter their home." So yes, there is sure to be a twist.

But Shyamalan told Entertainment Weekly that Servant is a show with "a real emotional high concept." He said, "For me, the supernatural stuff is all just an excuse to talk about things that worry us or confuse us or that we wish about." Let's start with that creepy baby.