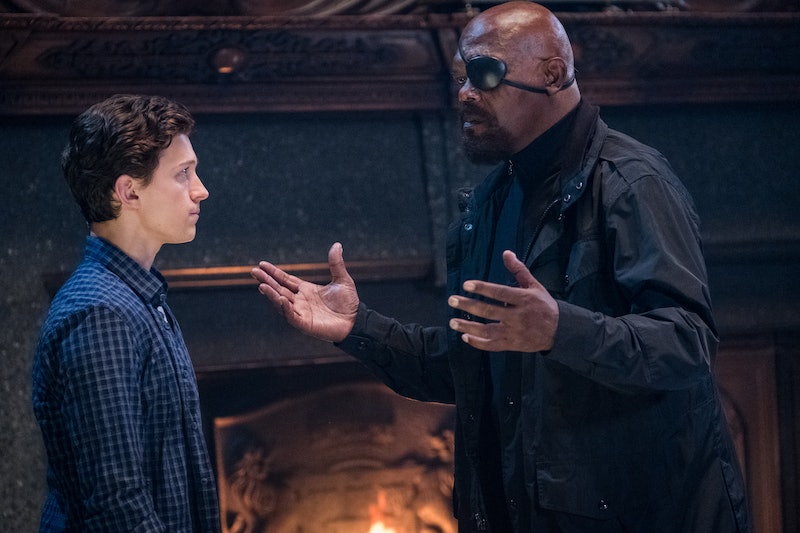 Even though the Skrulls seen in the MCU are good so far, the alien species is actually pretty evil in the comics. And in the Secret Invasion storyline, the Skrulls become one of the biggest threats the Avengers have ever faced after infiltrating the planet, taking on the identities of prominent people in S.H.I.E.L.D. and other major organizations, and even posing as some of Earth's Mightiest Heroes. As already established in Captain Marvel, the Skrulls are shape-shifters who can copy any being down to their DNA, making their infiltration even more dangerous. In short: the Secret Invasion is the Avengers' worst nightmare, which what makes it the perfect battleground for the next phase of the MCU.

There are major hints within the 23 MCU movies that point to the Secret Invasion, with the biggest being the Skrulls showing up again in Far From Home. Other hints include Captain America being gone, just like he is in the comics, and Hawkeye becoming Ronin. And Marvel Studios President Kevin Feige has also commented — super vaguely, of course — on a possible Secret Invasion storyline. In an interview with /Film in March, Feige said that despite Skrulls being good in the MCU, there could always be a few bad apples, leaving room for a potential invasion of Skrulls, just maybe not the Skrulls we know. “I think it means that the Skrulls are as diverse and a multilayered as any other intelligent life form. Certainly like humanity itself. And we happen to see good ones," he teased.

While Fury does know about Talos taking his spot while he's sipping a cocktail on a fake VR-like island, it could also be the case that some of our favorite Avengers have been kidnapped (or killed) and replaced by Skrulls. In the comics, the Skrulls have taken on the identities of only a few characters that are currently in the MCU, including Henry Pym, Captain Marvel, and even Jarvis (human Jarvis, not JARVIS). But there are already plenty of fan theories about who else could be a Skrull in the films, like Rhodey and Sharon Carter.

The Secret Invasion storyline wouldn't just be a mind-blowing follow-up to Endgame, it would also provide Marvel with the perfect opportunity to introduce new characters to the MCU. The Fantastic Four, which Disney recently acquired through the Fox merger, play a major role in the fight against the Skrulls in the comics, and so does Deadpool. What better way to get these beloved characters into the MCU than by the Secret Invasion?

The next movie in the MCU is, according to IndieWire, rumored to be the long-awaited Black Widow film and won't hit theaters until 2020. Until then, fans will just have to rewatch their favorites for more Secret Invasion clues.