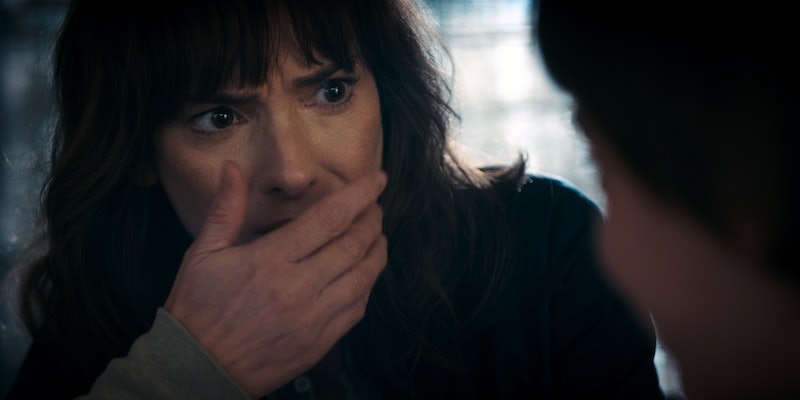 Netflix has teased Season 3 of Stranger Things a few times already, and as enticing as the upcoming season seems, whatever the future holds for the kids of Hawkins, Indiana, remains one big mystery. But, on the morning of Tuesday, March 19, a new Stranger Things Season 3 teaser dropped on Twitter that makes the upcoming season, set to come out on July 4, seem even more puzzling than before.

The tweet includes a video clip of a horde of rats running through an abandoned warehouse as if escaping a predator of some kind. It's certainly foreboding on its own, but then when you add in the tweet's caption, "it's almost feeding time" with an upside down smiling emoji, the teaser quickly becomes creepy AF.

Before the new teaser was released on Tuesday, most of the teasers for Stranger Things' third season focused on the vintage Starcourt Mall that will certainly play a big part in upcoming episodes. Straying from its normal fall setting, the new Stranger Things season will take place in the summertime. The summer of 1985, specifically, which one cryptic video of an '80s computer word processor teased with the message, "One summer can change everything..." While that video, released on New Year's Eve of 2018, seemed mysterious, this new teaser video is even more obscure.

Fans have taken it upon themselves to directly respond to the Stranger Things Twitter account and express their frustration with the rat-racing video's lack of information.

One user, @Cat_Cosplay, masterfully edited a photo of a cat to look like a Demogorgon, which could potentially explain the flood of rats. The Stranger Things Twitter account responded, "And this is why the rats are running!!!!" While the cat aspect is likely not the reason why the rats run in the teaser clip, a regular Demogorgon could definitely explain it.

This new teaser clip actually isn't the first rat-related clue Netflix has released for Stranger Things. In early December of 2018, the same Twitter account released a video that lists each of the episode's titles for Season 3. Among the season's eight episodes, one will be titled "The Mall Rats," which could easily refer to the slang term for kids who hang out at malls — the title of a 1995 Kevin Smith movie Mallrats. But with this new teaser, it seems like the episode title could be a much more literal clue.

Even if rats do play a part in the new season though, fans are demanding more information than this seven second video.

It seems that fans are just going to have to wait for a full length trailer to come out before they can really get into the thick of theorizing, but how much longer can they be expected to wait? Spoiler alert for Season 2 of Stranger Things. After last season ended with the monster looming directly below Hawkins Middle School in The Upside Down, fans are itching to find out more about the haunted underworld whence Eleven (Millie Bobby Brown) came.

As much fun as it would be to chill out and watch Lucas (Caleb McLaughlin), Max (Sadie Sink), Dustin (Gaten Matarazzo), Mike (Finn Wolfhard), and Eleven (Millie Bobby Brown) hanging out at the '80s Starcourt Mall over the summer in Season 3, this new teaser at least hints that Stranger Things will only continue its streak of haunting those children with evil monsters and creepy crawlies. Eleven closed the gate to the Upside Down at the end of Season 2, but maybe these rats in the teaser are running away from something that got out.