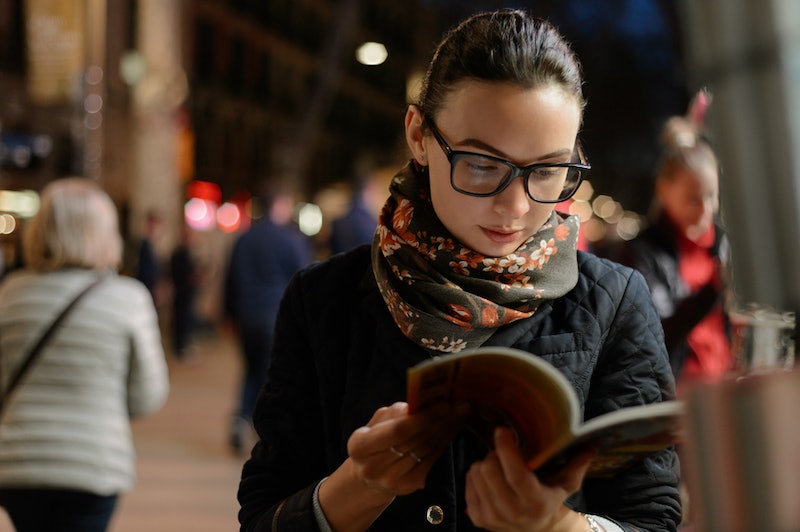 There’s a lot of advice to be found in books for women who work in male-dominated workplaces: lean in, be a girlboss, find your magic, etc. But, to be honest, I learned the most about working in male-dominated spaces from books I read while I was still a child — namely, Tamora Pierce’s fantasy novels, and especially the Protector of the Small series.

Protector of Small begins when 10-year-old girl Kel enter training to become a knight of the realm — the first woman to do so legally. As she moves through the rigorous ordeals of knight's training, she becomes a champion for those who cannot stand up for themselves.

In the books written before Protector of the Small, Pierce introduced readers to another young woman, Alanna, who disguised herself as a boy to complete the knight’s training. Alanna proved that women were just as capable — physically, mentally, emotionally, and spiritually — as men when she became one of the most accomplished warriors in the realm. But Kel doesn't disguise herself as a boy for her training, which gives readers an entirely different perspective on what it means to fight for gender equality in the workplace. In Kel's story, the weight of public opinion hangs heavily upon her.

Since Kel’s gender is known to everyone, she completes the knight’s training amid an onslaught of scorn, harassment, and abuse. There are many people in the realm who don’t want her to train as a knight at all, and there are many men within the training program who feel she does not belong there.

Of course, as a white women, Kel's experience doesn't run parallel to the modern experience of every woman. Women of color endure an even greater degree of discrimination in the workplace. In Forbes's "Women in the Workplace 2017" report, researchers discovered that women of color are underrepresented in management positions and receive far less support from their managers. For instance, 40 percent of white women reported that their managers defended their work, compared to only 30 percent of Asian women, 36 percent of Latina women, and 28 percent of Black women. While examining the challenges encountered by Kel, it is important to remember that a woman of color or a woman from another marginalized community would have an additional set of obstacles to overcome.

When the Protector of the Small series begins, readers learn that female knights have been legal for a decade. Despite this, Lord Wyldon, the training master, is reluctant to allow Kel into the program. "Girls are fragile, more emotional, easier to frighten," he says. "They are not as strong in their arms and shoulders as men. They tire easily. This girl would get any warriors who serve with her killed on some dark night."

He allows her to enter knight training — on probation — and he lays down a special rule for her: She cannot be alone in the room with a boy with the door closed, because he "won't tolerate flirtations" as if such behavior would be solely Kel's doing. In the real world, women are constantly expected to be responsible for their behavior and men's behavior. This has never been more clear than now, amid the #MeToo movement. The assumption that women shouldn't be trusted alone with men can be incredibly damaging to their careers. With their safety and reputation on the line, women are locked out of opportunities for networking and growth that are available to their male colleagues.

But the training master isn't the only man to treat Kel differently because of her gender. On her first day in the castle, she finds that her room has been vandalized by her fellow trainees. "No girls. Go home. You won't last," someone has written on her wall. The boys call her "The Lump" and mock her behind her back. Some even go so far as to sabotage her equipment.

Through it all, Kel keeps training. "I am stone," she reminds herself throughout the series. This mantra will likely be familiar to women who have had to endure such harassment in the workplace. When I first entered the workforce, my mom gave me a bit of advice I'll never forget: "Never let anyone see you cry at work." Professional women have become adept at "shrugging it off" and "getting back to work," even in the face of intense harassment.

In fact, women are judged harshly for showing any displays of emotion or assertiveness in the workplace. A study by the Society for Women Engineers found that "[w]omen engineers were less likely than white men to say they could behave assertively (51 percent vs. 67 percent) or show anger without pushback (49 percent vs. 59 percent)." One female participant commented: “I raised my voice during a meeting and I was reprimanded for getting emotional. But two male leaders… get into a yelling match in the same meeting and it’s no big deal.”

But while Kel has less room to express her emotions, she also must perform to the best of her abilities under the constant gaze of everyone around her. This gaze puts an intense amount of pressure on her in her training. When she does well in the trainees first hand-to-hand combat class, everyone stares at her, and instead of feeling proud of her success, she feels embarrassed. "She had done the very thing her brother had warned against," the passage reads. "The other pages thought she was showing off." Of course, none of her male colleagues thought twice about being "too successful" or "showing off."

This is another tightrope women have to walk: People claim that women can't keep up, but when you do succeed, the men immediately become threatened. A 2015 study published in Personality and Social Psychology Bulletin found through a series of hypothetical scenarios that men were implicitly threatened by female superiors.

But in addition to all this, Kel must constantly define her own limits about everything, because there is no precedent for women in that space. For example, when she first arrives at training, she consciously decides to dress a overly feminine as possible for dinner because "she was a girl. She had nothing to be ashamed of. And they had better learn that first thing." These kinds of calculations are something that women have to deal with every day — especially when they are the only woman in the room.

And then of course, there are the myriad of micro-aggressions that Kel endures. One of her fellow knights-in-training calls her by demeaning pet names, like "sweetheart," without her consent. One of her teachers refuses to address her by the pronoun "her" because they believe knights are always men. These are the kinds of small, exhausting aggressions that women must sometimes endure in male-dominated space.

And through it all, Kel continues to prove that women deserve a seat at the table, and that women bring their own unique skills to any workplace. She excels in her training, she takes charge, and she heroically saves the day time and time again. She even begins a campaign to end bullying at the school, and when asked why she worked so hard on her own instead of asking for help, she replies, "I thought maybe I saw it differently because I'm a girl."