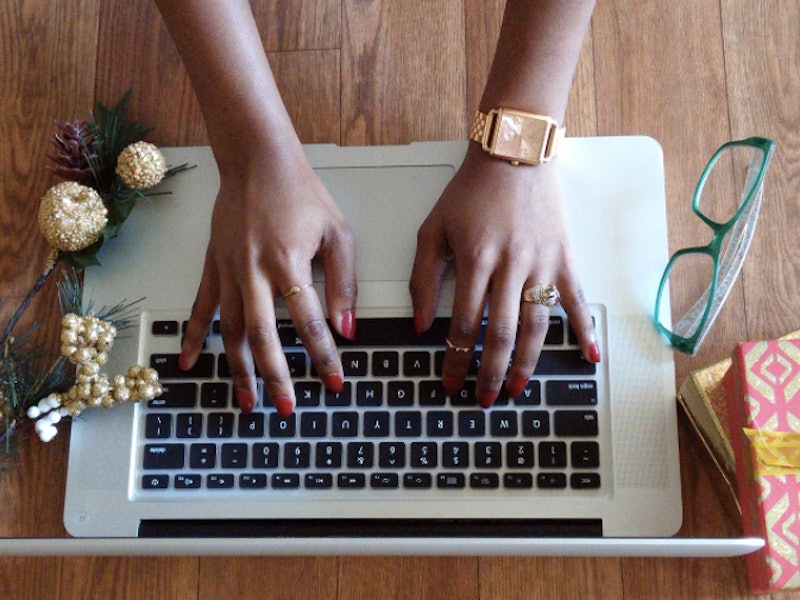 While there are plenty of ways people can and should keep track of their mental health, some methods can become overwhelming — even something as simple as writing in a journal can seem like too difficult a task, and it's all too easy to abandon it and feel even worse for "failing" at something. Enter this teen's marvelous idea to use a bullet journal to track mental health, which is simple, efficient, and actually much more telling of the fluctuations in mental health than a lot of other comparable methods.

If you're new to the bullet journal system, it's fairly simple: it involves making daily, monthly, and future logs with a series of symbols to remind yourself of important tasks and scheduled appointments, and has been heralded for its efficiency and ease. While it's great for keeping track of your life in general, 16-year-old Kyra Bailey hacked the system by making her own color codes to track her general state from day-to-day, ranging from red on "amazing, fantastic" days to purple on "depressed, sad" days to green for "sick" days. Her 21-year-old brother Markale Bailey recently walked in and saw her bullet journal tacked on the wall and thought the idea was so innovative that he tweeted it out for his followers to gain inspiration from, where it has since gone viral. (Bustle has reached out to Kyra and Markale for comment, and will update upon reply.)

"My sister is a very creative human being," said Markale to BuzzFeed News. "I wanted to show the people on Twitter how creative Kyra is and ... hopefully inspire other people to keep a tracker of themselves of their lives also or something similar."

Since Markale shared it, a lot of Twitter users have responded expressing their enthusiasm for the idea, saying that they might try it themselves. The low commitment and ease of it make it all the more practical for people who might be struggling with mental health issues to feel motivated to keep it up, and it could prove an invaluable resource when talking to a mental health professionals about possible coping strategies or treatment plans.

Kyra told BuzzFeed News she was initially inspired by an Instagram about doing "your year in pixels," which went viral on Pinterest after blogger Camille Babarit created it. And while initially Kyra thought she would forget to keep it up, so far she's been going strong: "Using the tracker really helps my mental health, it makes me feel like every day I'm a new person," she told BuzzFeed News.

If you're not confident in your ability to measure out rows and columns as pin straight as Kyra's, you can always open a new Excel doc and print it from there to make your own version of this. Thirty-one rows and 12 columns will get you through a year, and at the end of it, you'll have an easily managed, clear visual of the progress of your mental health.

And if you're looking for more tips on bullet journaling, this video can get you started.

Here's to a happier, healthier, and decidedly more color coded 2017!