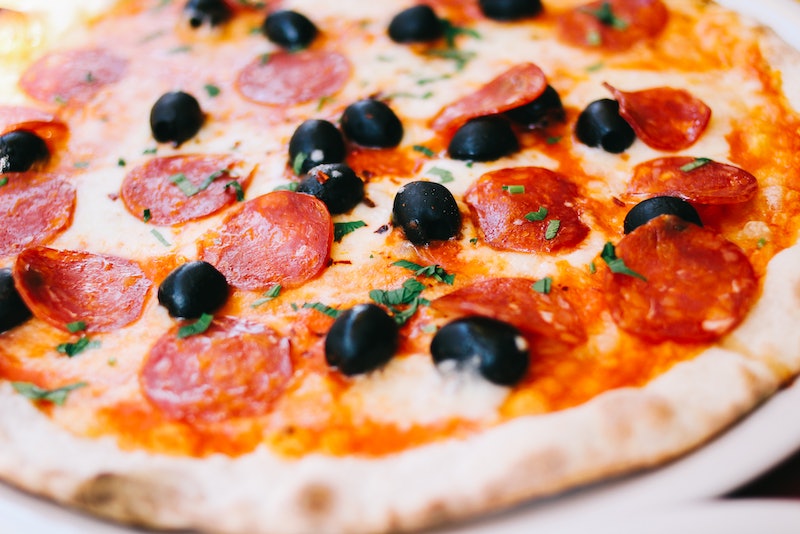 Way back in the Dark Ages known as the early 2000s, I thought my college application essays were pretty darn good. I’ve got nothing on Carolina Williams, though — the Tennessee teen’s essay about pizza helped her get into Yale University. Perhaps more specifically, her essay about the experience of ordering her favorite pizza from Papa John’s helped her get into Yale, because, well, life is in the details, right?

Unsurprisingly, Williams has gone viral for her ode to the glory of pizza — although it took the internet a hot second to catch onto the story. Williams tweeted out screenshots of her essay and her acceptance letter on May 9; it’s only the last couple of days, however, that it really began to gain steam, with media outlets ranging from NPR to Vice Munchies picking up the story and running with it.

The essay prompt was simple, straightforward, and open-ended, as most college essay prompts tend to be: “Write about something that you love to do.” The only restriction was that it had to be 200 words or less (which perhaps makes it less an essay and more a short answer question, but eh, semantics) — and, as Williams told the Tennessean, “Honestly, I thought I should go with the first thing that popped into my head. It was completely genuine.”

Clearly, that sincerity shone through, because when Williams’ acceptance letter arrived, it included a handwritten note from an admissions officer stating, “As a fellow lover of pizza, I laughed out loud (then ordered pizza) after reading your application.” And honestly? Same. I have just read Williams’ complete essay, and now I, too, really, really want to order a pizza:

According to AL.com, Williams’ parents and friends encouraged her to start a Twitter account specifically so she could tweet the news at Papa John’s. So that’s exactly what she did — and guess how the pizza chain responded? By offering her a pizza party for her dorm and an internship, of course:

And also a ton of swag:

As silly as the story may sound, though, it’s actually a terrific reminder of how powerful outside-the-box thinking can be. What’s more, her essay writing tips (as detailed by the Tennessean) are actually all suggestions I’d recommend as well:

Showcase yourself as a unique individual.

Don't be afraid to take risks.

Give yourself enough time to rewrite your essay.

So: Is Williams actually going to Yale? Nope — even though she did like Yale when she visited, she chose Auburn University. “As soon as I came to Auburn, I loved it immediately,” Williams told AL.com. “I loved how friendly everyone was there. Everyone had so much school spirit. They’re so passionate about Auburn itself. I’ve never met a person who went to Auburn that didn’t like it there and I thought that spoke a lot about it.” She also earned two scholarships to Auburn, the Presidential Scholarship and the Edward and Catherine K. Lowder Endowed Scholarship — no small thing. Then again, considering that Williams was in the top 10 of her graduating class at Ravenwood High School, it’s perhaps also unsurprising. She plans to study business and hopes to be the CEO of her own company one day.

Now if you’ll excuse me, I have a phone call to make…