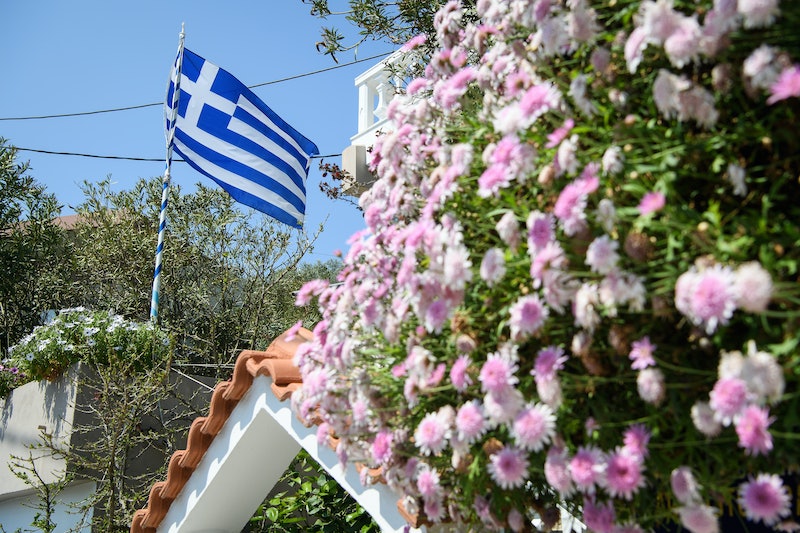 If you’ve been dreaming of running away from it all and starting over somewhere beautiful and secluded, have I got news for you: Antikythera, a tiny Greek island, will pay you to move there and set you up with everything you need to get your new life started. As part of a project meant to bolster the island’s dwindling population, the program is offering accepted new residents a monthly stipend of €500 for their first three years — and I won’t lie: The offer is… tempting.

Jokes aside, though, Antikythera’s situation is urgent. Located right by the larger island of Kythera (its name literally means “opposite Kythera”) about halfway between Crete and the Peloponnese, it’s just 20 square kilometers in size and with a population of only 24 permanent residents. The majority of those residents is over the age of 70, according to the Antikythera’s mayor, Andreas Harhalakis — which, said Harhalakis according to Greek City Times, means the island is facing a population crisis. “If nothing is done, the island will be deserted,” the mayor said, requiring them to “close the door to Antikythera” in as little as five years.

Hence, the repopulation project: According to Harhalakis, “major incentives” will be offered to people — specifically families — to encourage them to move to Antikythera in the next few years. Lonely Planet reports that “the process of selection is careful and gives precedence to Greek people,” but that those chosen for the program will be given a house, a plot of land on which to either farm or start a business, and a monthly stipend of €500 — about $564 USD — for their first three years on the island. One family has already moved to Antikythera from Athens, which resulted in the island’s school reopening for their three children. The school had previously been closed for 27 years.

Antikythera is most well-known for an ancient shipwreck discovered off its coast in 1900. From this wreck were recovered numerous artifacts of importance, including the Antikythera mechanism — a device dating back to 200 BC that’s believed to be the world’s oldest analogue computer — and a bronze sculpture referred to as the Antikythera Ephebe. However, as the Los Angeles Times points out, that’s not all the island has to offer. For one thing, it has its own source of water — a characteristic uncommon of small Greek islands, which often have to rely on water brought in on tankers. It also has its own power station, sees hundreds of species of migratory birds stopping by during their migration cycles, and makes for an excellent location from which to study climate change due to its geographical position. And there are a lot of fascinating landmarks and monuments on the island, as well, including the remains of an ancient fortress, a temple dedicated to Apollo, a number of medieval monuments, and a whopping seven churches.

That said, though, it’s definitely a place where you’re going to find a slower, more unplugged pace of life. According to Andreas Harhalakis, who spoke to Greek news outlet Iefimerida about the repopulation project at the end of 2018, fishers, livestock farmers, builders, and bakers would be able to make a tidy living on Antikythera; as Harhalakis put it (via Google Translate), “These people could secure a decent payday in Antikythera.”

The island has three settlements: Potamos, Galaniana, and Charchaliana. Potamos functions as the island’s main base of operations; according to Lonely Planet, that’s where Antikythera’s main harbor is, as well as its arrival point. Kythira.info also notes that the Community of Antikythera office is located in Potamos, but that a number of officials work in Kythera proper. Contact information for the Community of Antikythera can be found here.

Antikythera is far from the only town to have begun offering incentives to people willing to move in order to repopulate flagging areas. The Italian town of Ollolai, for example, has one Euro houses on the table; meanwhile, Ponga, a village in Spain, is offering between €3000 and €6000 Euros for couples willing to move there and start a family.

The fact that many of these towns and villages could vanish forever without new blood is no laughing matter — so here’s hoping a few folks find the quieter life to be found in these areas appealing. And, I mean, wouldn’t you jump at the chance to move to a gorgeous, historic place in Europe if you could?

More like this
American Girl Doll Memes Are Going Viral On Instagram & Tiktok
By Emma Carey
This TikTok Hard Seltzer Hack Involves A Milk Frother
By Alexis Morillo
How To Take A .5 Selfie On An iPhone
By Emma Carey
YouTuber Runs Into Margaret Sanger’s Grandson While Filming
By Alexis Morillo
Get Even More From Bustle — Sign Up For The Newsletter