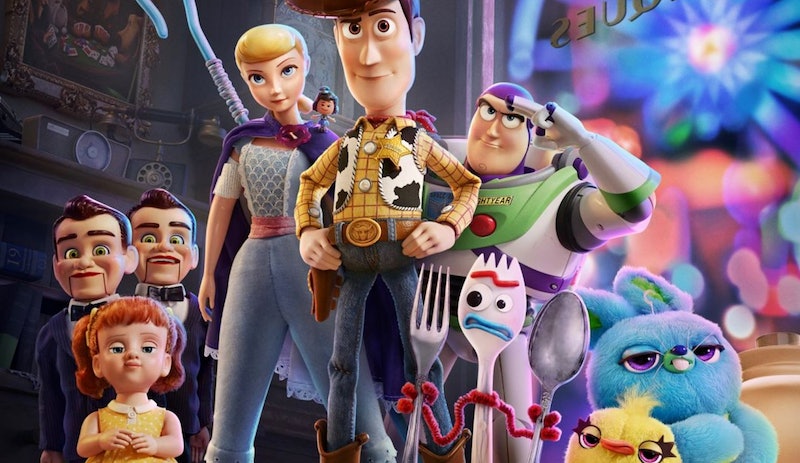 Fan theories are so sick. And I mean sick in both the good and the bad sense. Yes, the darkest, creepiest corners of all of our imaginations are put on display thanks to our good old buddy the internet, the perfect forum for gaining insight into what the hell kind of bizarre thoughts fans have. And this new Toy Story vampire fan theory may be about to annihilate your childhood memories. Brace yourselves, because this is effed up.

Josh Cooley, who is director of the latest film, spoke to Digital Spy, telling them all about the theory. When asked by the publication about the idea that toys were immortal, Cooley's response was beyond wild and an insight into the murky AF lives of these little toy creeps. "I heard somebody say these toys are vampires and instead of blood, they live off the joy of children," Cooley said.

Jesus effing hell, what in the name of eff is that? Woody? Buzz? Slinky dog? Guys, I feel goosebumps right now. Remove any teddies from your room right this second.

Cooley admitted when he spoke to Digital Spy that it was, in fact, a "horrible way to think of it".

Remember, though, you guys, this man works for Disney. So his own personal view is a heck of a lot cornier but also super cute: "I'm going to say something extremely cheesy: as long as there's children's love in the world, toys will always be alive," Cooley said.

Cooley's second response bodes well for the fourth instalment of the hit movie series. So, what's going down with Woody and the gang?

Fans will remember that Andy isn't the owner of the toys anymore. Nope, they are all now owned by a girl called Bonnie. In the fourth film, Woody, Buzz, and all the gang head off on the road trip of a lifetime. This time round there is a new toy called Forky who is a creation of Bonnie's making and you guessed it — it's a fork. Woody reunites with old pal Bo Peep and it all, as you might have guessed, gets a bit lit.

Toy Story is all about family fun, entertainment, and of course some hard hitting emotions. Who hasn't cried during the previous films? Guys they really know how to eek out tears from even the steeliest of viewers. Looks like number four is more of the same. And this info is coming from the top. From actual Woody himself, Tom Hanks.

Speaking to Ellen Degeneres on her TV show, Hanks revealed that the final scenes were hard to record. Refinery 29 reports that he even had to turn away from the production team. "The last few sessions were saying goodbye to Woody and Buzz and Bonnie's room and Andy and everybody, and it was emotional," Hanks said. "So I had to turn my back on [everyone in the recording room]."

The mere thought of Tom Hanks being upset would make anyone cry. Make sure you bring tissues, and someone you are comfortable ugly crying in front of, to the cinema.