Following his near-flawless performance during the men's free skate on Sunday, 28-year-old Olympic newcomer Adam Rippon took home the event's bronze medal on Monday, Feb. 12, alongside his fellow athletes from Team USA. But while the champion figure skater might have only made his official Olympic debut last week, this throwback video of Rippon professing his Olympic dreams as a young teen suggests he's had his eye on the prize for quite some time now. And judging by the outspoken, openly gay athlete's current track record of inciting bouts of adoration on social media, it seems safe to say that a glimpse into Rippon's teenage sweetness will probably only make fans love him more.

In a 2003 video uncovered by Sports Illustrated, an earnest 13-year-old Rippon spoke to a reporter from his local news station (he hails from Scranton, PA) about his Olympic aspirations. At the time, Rippon had only been skating for about three years. Still, as evidenced by his already remarkable technique at the ripe old age of 13 (duly captured in the video), the young Olympian-to-be was already turning heads on the ice. When he spoke to the local station, Rippon had just recently returned to his hometown after successfully completing his first competition tour abroad.

"After [a competition] we went to Lausanne and we saw the Olympic museum," Rippon told the reporter. "And then, when you see, like, all these things about other people who have won the Olympics and everything, you think that you've done a great thing. But you're still so far away."

Not quite so far away anymore, evidently. Because, as of Feb. 12, the 2016 U.S. national figure skating champion is now — officially — an Olympic bronze medalist. Rippon debuted his hard-earned figure skating chops at the 2018 Winter Olympics in PyeongChang, South Korea, over the weekend, delivering a razor-sharp, polished, and surprisingly emotional routine that impressed fans and judges alike. (Seriously, for those who've been sleeping on this year's Olympic figure skating program: Rippon's performance was definitely not one to be missed.) 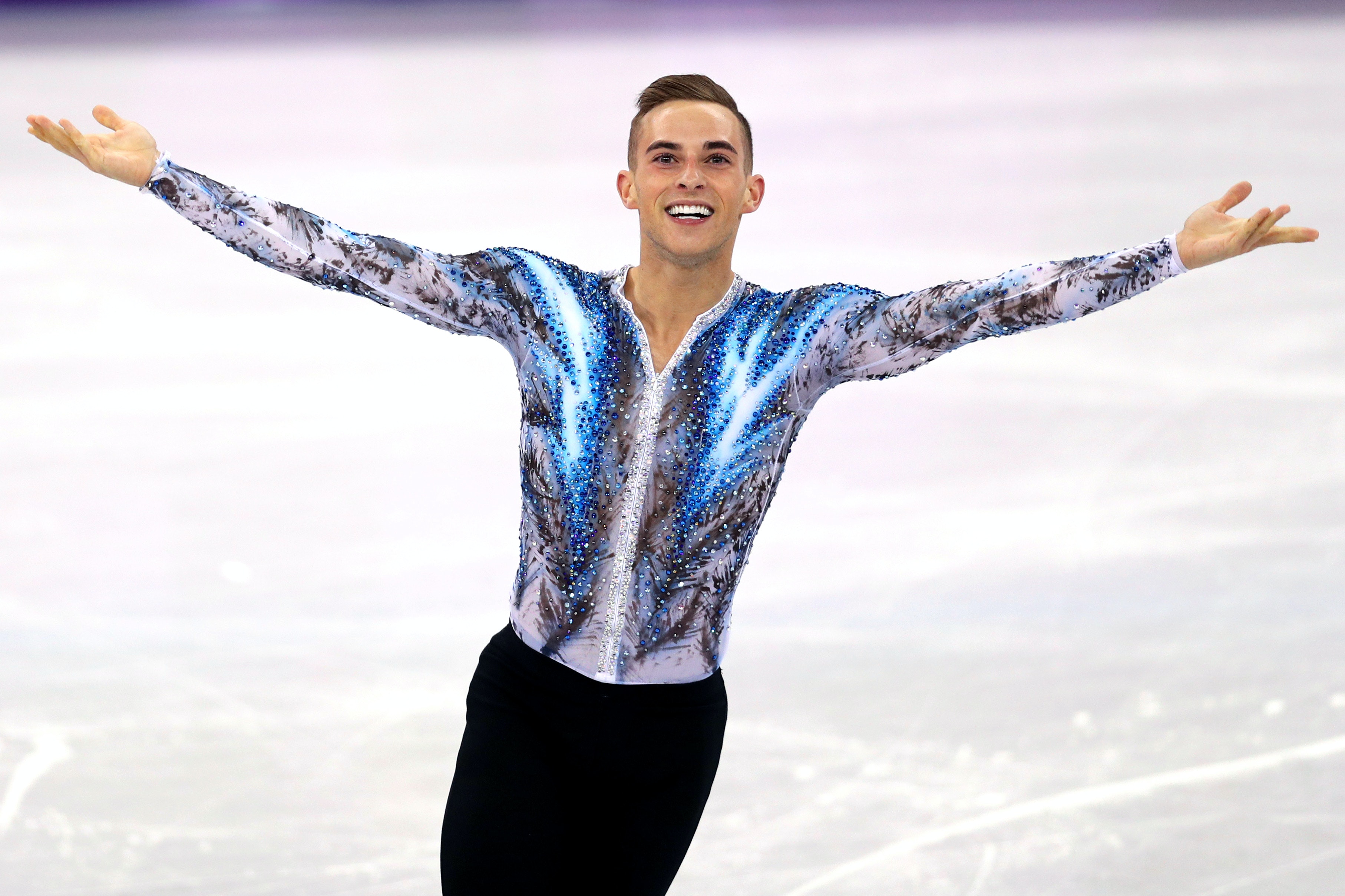 Despite the outpouring of international praise levied upon the Olympic newbie, the event's judging panel controversially gave Rippon's performance the third-best score of the evening. And while the U.S. team went on to snag the event's bronze medal (trailing Canada, who took home the gold, and the Olympic Athletes from Russia, who took silver), Rippon's individual score still managed to ignite a wild bout of fury from fans online who believed he'd been "robbed" of higher numbers.

Rippon responded to those claims on Monday, Feb. 12, during an appearance on Good Morning America. And with the characteristically cheery, down-to-earth attitude that has made him a newfound fan-favorite on social media, his reply was equal-parts ironic and good-natured. "I think we need to get those people who think that I was ripped off on a judging panel immediately," Rippon cracked, "Maybe before the individual competition."

This week's Scranton-helmed throwback video comes on the heels of another viral interview clip featuring Rippon, immediately following his showstopper debut performance on Sunday. Speaking to an NBC reporter post-routine, Rippon said he felt like he needed a "Xanax and a quick drink" to quiet his nerves on the ice.

And while his comments regarding Olympic figure skating were markedly less wholesome than they seemed in 2003, fans were adequately charmed nonetheless.

Compounding the buzz over his Olympic debut, Rippon has become something of a social media star in recent weeks, largely due to his quick-witted commentary on Twitter. The latest viral tweet to come out of Rippon's Twitter account graced social media on Tuesday, Feb. 13. In it, he penned a message to his adversaries, jam-packed with all the makings of a supreme social media clap-back: sincerity, nerve, and a little bit of personalized flair.

Even though Rippon's dynamic Olympic debut didn't snag him a gold medal, he will have the opportunity to wow international audiences once again during this week's individual figure skating events. And if Rippon's news-making interview comments up until this point are any indication, perhaps fans can look forward to more where those came from.