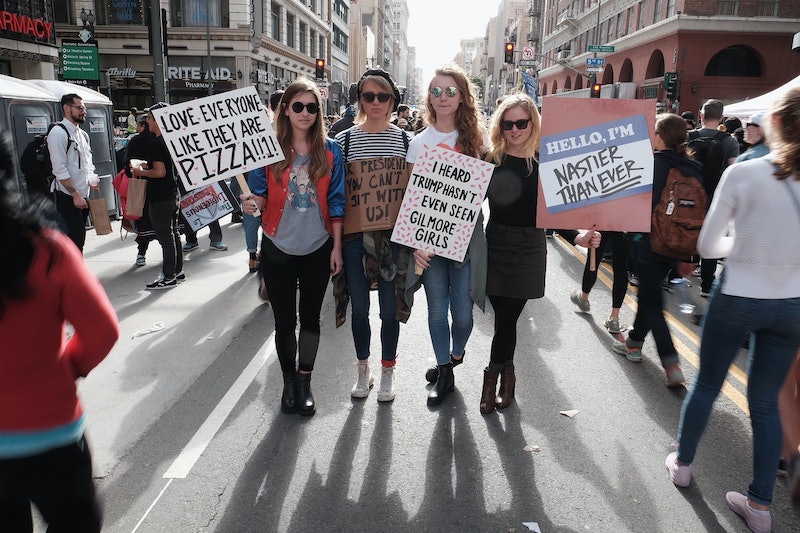 Has running for office ever crossed your mind? Maybe in the last couple of months, you've looked at the government and thought that there were a few things that you could fix. Well, now there's a way to go a step farther. If you don't know of VoteRunLead, have a look now. This program teaches women how to run for public office, and it's offering a totally free web series giving women valuable advice and training on how to use the skills they already have in the world of politics.

They're not just talking about getting women to run in an abstract sense, at an undetermined time in the future. They're looking for women to run for office now, and the campaign captures that in its name: Run As You Are. What they've gathered is that more women than ever have political aspirations now, but they tend to discount their qualifications when they imagine putting them to use in the political milieu.

The CEO and founder of VoteRunLead, Erin Vilardi, has a strong opinion about that. “This is a perfect time for women to run for office,” she said. “They don’t need years of political experience, they don’t need to wait until their kids are grown, or they’ve achieved that next career milestone; now is a great opportunity for women to throw their hat in the political arena and say ‘I’m running today.’”

There are a lot of reasons why the Run As You Are series is coming at exactly the right time. More and more women have gotten seriously interested in running for office in 2017, ostensibly due to the current political climate. And with the midterms coming up in 2018, there's still enough time to prepare for a run — if you get started now. If you want to think about a bigger picture reason, though, consider the gender balance of power in government right now.

"At the current rate, it will take at least 200 years to obtain gender parity in government since men make up 80 percent of the House and Senate, 80 percent of mayors and 75 percent of state legislatures," said Vilardi. The only way to fix that, of course, is to have more strong female candidates on the ballot. VoteRunLead already has some experience helping women win elections; Ilhan Omar, for example, the first Somali American legislator in the country, is someone who has spoken during VoteRunLead's training. She's become an inspiring figure for millions as a representative at the state level. Just think of her potential — and of your own.

So no matter what stage you're at in terms of considering the possibility, check out VoteRunLead and give them the chance to inspire and train you. The Run As You Are web series is only a few hours of your time and zero dollars of your money, so what do you stand to lose? Nothing — but there's a lot that you could gain, and that the country (or state, or city, or school district) stands to gain by having you in office. The first session will be held on April 5 at 6:30 p.m. ET.