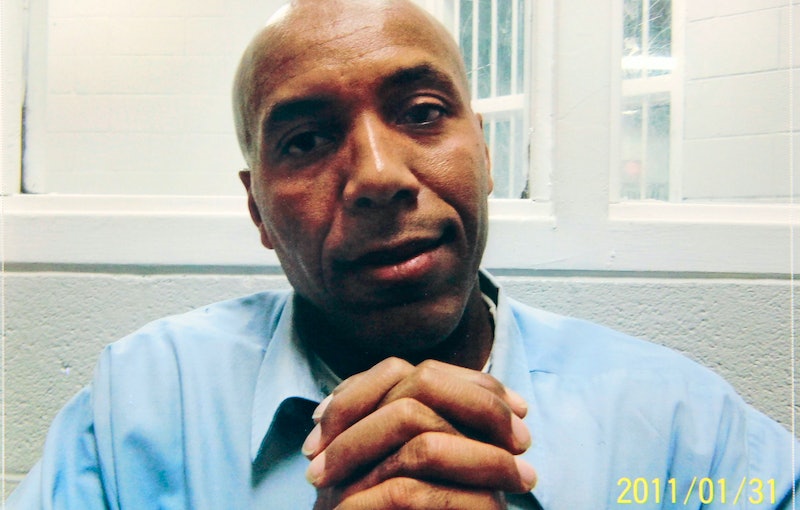 As chronicled in Netflix's new docuseries, The Innocence Files, Thomas Haynesworth was mistakenly identified as the perpetrator in a series of sexual assaults in 1984. He spent nearly 27 years in prison for crimes he didn't commit before new DNA evidence finally cleared him. Initially, he was just given parole, but as the New York Times reported, Haynesworth fought for a full exoneration of all three of his convictions because he didn't want to have to register as a sex offender for crimes he didn't commit. In December 2011, he was fully exonerated.

The following year, Haynesworth was awarded $1,075,178 for his time spent in prison, according to the Potomac Local News. "Now, as Mr. Haynesworth begins the next chapter in his life, it is morally right for Virginia to provide him with a means to financial security and the ability to move on with his future,” Governor Bob McDonnell said at the time. However, Haynesworth made clear that it didn't erase what he'd endured. "No amount of money can bring back the 27 years," he said. "I'm not bitter about the situation. I'm just happy with where I am in my life."

After his release, Virginia Attorney General Ken Cuccinelli offered Haynesworth a job, per the Washington Post. Slate reported that he started in the mail room and worked his way up to deputy of operations. As of 2018, he was still working in the Attorney General's office, per WRIC.

Additionally, Haynesworth travels around giving talks about his experience and social justice reform. The Collegian reported that, in April 2019, he spoke on a panel alongside his former accuser Janet Burke. She said that she felt horrible when she learned she'd identified the wrong man, but Haynesworth didn't hold a grudge. "I just told her, 'You don't need to apologize, 'cause we are both victims in the system,'" Haynesworth said. "She made honest mistakes." According to WRIC, the two now talk almost daily, and they do advocacy work together on the topics of wrongful convictions and justice reform.