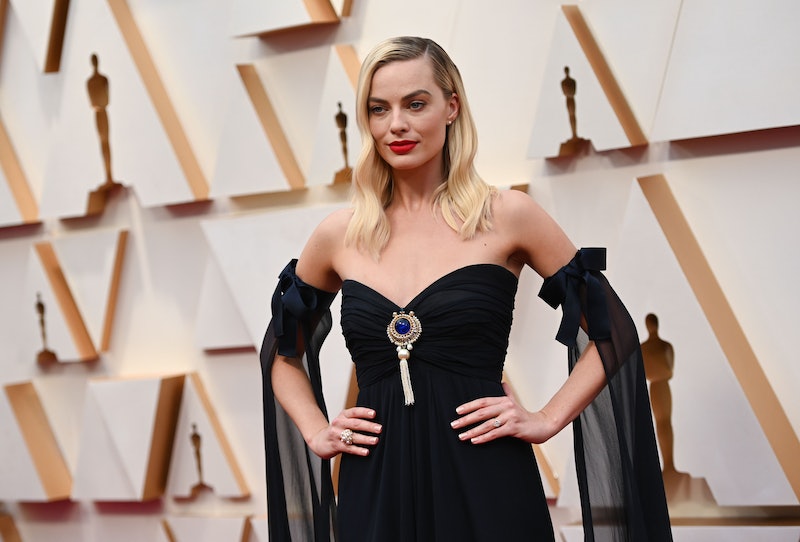 Visualize this: Margot Robbie with a mullet. Robert Moor, host of the podcast Joe Exotic: Tiger King shared his wish list of actors to play Joe Exotic in the miniseries. While the miniseries has already cast Saturday Night Live’s Kate McKinnon as Big Cat Rescue CEO Carole Baskin, Joe Exotic’s nemesis, the role of the titular wildlife park owner has yet to be filled. In a March 30 episode of Andy Cohen‘s SiriusXM show Radio Andy, Moor said he thinks Bird of Prey’s Margot Robbie would be perfect for the role.

“Names we were throwing around were like Sam Rockwell. My preferred casting — and this is a bit off the wall — would be Margot Robbie,” Moor said. “I think Margot Robbie should play Joe in like a gender switch.” When Cohen quipped that Robbie “ain’t ugly enough to play Joe,” Moor implored Cohen to “look at her eyes.” Moor said, “That’s the thing: if you look at her eyes, she has these eyes that are just like Joe’s. I think she would do a great job with it.”

Moor added that John C. Reilly would make an ideal Bhagavan “Doc” Antle, the animal trainer and private zoo owner. “I like that one a lot,” Moor said.

Moor’s podcast follows the rivalry between Exotic (real name Joseph Maldonado-Passage) and Baskin that culminated in Exotic’s prison conviction for a murder-for-hire plot against Baskin. While the upcoming miniseries is still in development and isn’t attached to any networks or streaming services just yet, the release of Netflix’s docuseries Tiger King: Murder, Mayhem and Madness has generated interest among the quarantine masses.

While the murder-for-hire plot fell through, Exotic was sentenced to 22 years in prison in January for the attempt, as well as for various animal abuse violations. Since the release of the Netflix docuseries, TMZ reported on March 25 that Exotic has filed a lawsuit against the U.S. Fish and Wildlife Service for $94 million and requested a presidential pardon from Donald Trump.

All convictions and lawsuits aside, the Netflix docuseries has gripped celebrities and viewers alike. While Robbie may be Moor’s ideal Joe Exotic, other actors have expressed an interest in the role. Dax Shepard tweeted on March 25, “If I don't get cast as Joe Exotic in the eventual biopic, Hollywood is broken.” Edward Norton then replied, “Um, step aside, pal. You’re way too young and buff and you know it. You could probably pull off Maldonado still, actually.”

More like this
Margot Robbie Breaks Her Silence On *That* Viral 'Barbie' Moment
By Maxine Harrison
Jonathan Bailey’s BTS ‘Bridgerton’ Photos Celebrate 6 Months Of “Kanthony”
By Stephanie Topacio Long
'Grey's Anatomy's New Intern Got Advice From Dr. Bailey Herself
By Grace Wehniainen
Paul Mescal, Man Of Mystery
By Samantha Leach and Heather Hazzan
Get Even More From Bustle — Sign Up For The Newsletter