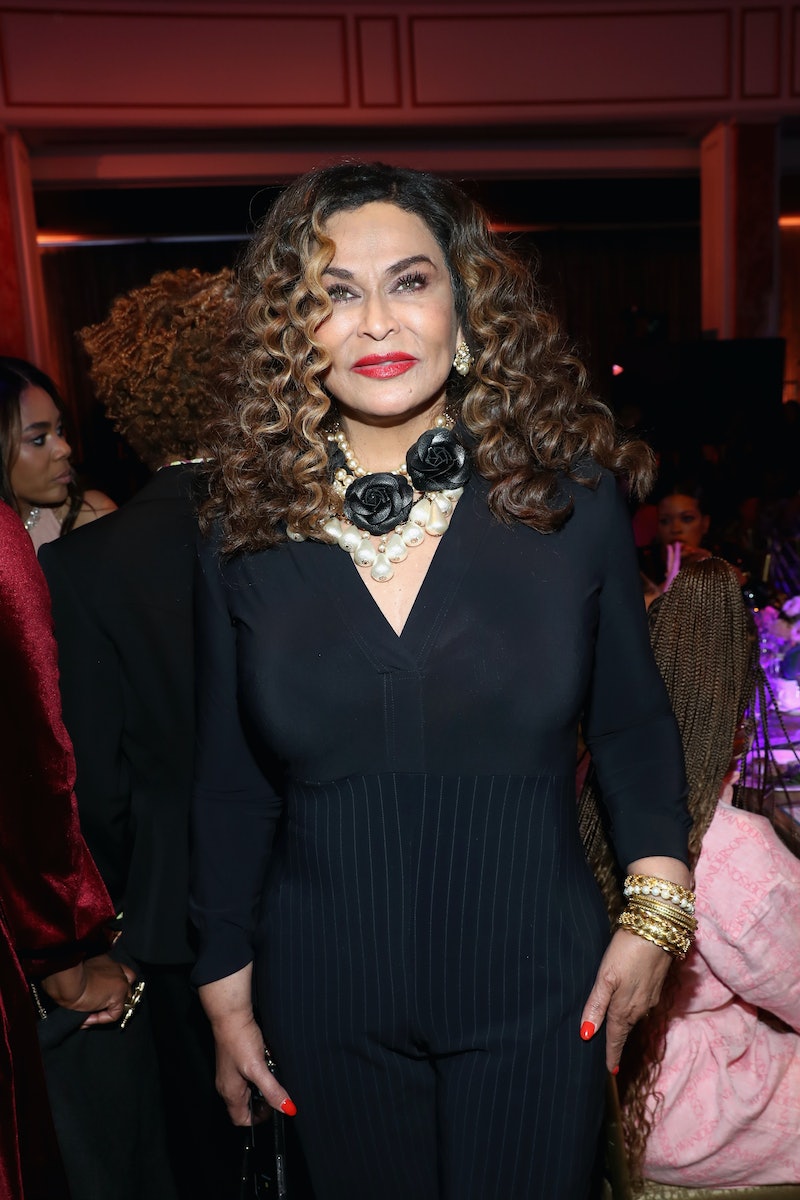 You don't get two performers as special as Beyoncé and Solange without one incredible mother raising them. Tina Knowles Lawson proved just that at the Summit21 conference in Atlanta over the weekend, which celebrates black women influencers. During her speech, Knowles Lawson talked about raising Beyoncé and Solange — especially a tradition she upheld during the singers' childhood. Per Vibe, Knowles-Lawson revealed:

"One thing I'm really happy I did was I gave each of my kids a day. As Solange got older, I would spend Wednesdays with her and help with homework and do those types of things and just devote that day to her, and then one day to Bey."

The designer also explained why giving each of her daughter's their own individual time with her meant so much to them. (It also has me wondering if Knowles Lawson's grandchildren Blue Ivy, Rumi and Sir will get their own unique activities with their Grandmother.)

"It really works because it makes them feel [good] you know because kids, no matter how much you give them love and attention, it's never enough. I mean I'm sure, everybody who has kids knows, you can take them to Astroworld, to eat, and they'll still say, 'Well what else we gon' do?'"

Knowles Lawson seems to know how beloved her two daughters are in the music industry and beyond. So, she regularly shares tidbits about the family, giving the people what they want. In January, Essence reported that Knowles Lawson had a group text with Beyoncé, Solange, her niece Angie Beyince, and former Destiny's Child member Kelly Rowland. She explained to the outlet, "It's like I have four girls. And it's so funny because we are always on group chats. And we'll be on a group chat for two hours, just going back and forth and laughing about something or being sad about something." (Any screenshots from this group chat would be appreciated, please and thank you.)

Another parenting tip Knowles Lawson shared with Maria Shriver during a May 2018 interview? She put her daughters in counseling together when Beyoncé began to excel in music. Solange was only 10 and she thought therapy would help them better connect. "I took them to counseling very early so that Beyoncé could be more sensitive to Solange," Knowles Lawson told Shriver. "It made her more sensitive to who her sister was, and what she had to deal with because of her."

It feels like Knowles Lawson is just as big of a Beyoncé and Solange fan as the rest of the world. She regularly hypes her talented daughter's music, including Beyoncé's Internet-breaking Coachella performance. During the music festival, she posted a video of her two daughters dancing together on Instagram. Knowles Lawson captioned the video, "Soo glad to see Solange and Beyonce dancing together again. I love watching Solange dance like she did last night," alongside a heart emoji. "i felt like i was back at Ms. Darlette’s Dance Academy in Houston and those little Knowles Girls were dancing twice as hard as everyone else."

Sweet memories of Tina helping Solange with homework or driving Beyoncé to dance class are what the world really needs right now.

More like this
Beyoncé’s Special Tribute To Sister Solange Was Both Touching & Hilarious
By Stephanie Topacio Long
Kanye West Apologizes To Kim K "For Any Stress I Have Caused" In Rare Interview
By Jake Viswanath
Adam Levine Denies Having An Affair — But Admits He “Crossed The Line”
By Jake Viswanath and Radhika Menon
Everything To Know About Taylor Swift’s 10th Studio Album, 'Midnights'
By Grace Wehniainen and Jake Viswanath
Get Even More From Bustle — Sign Up For The Newsletter