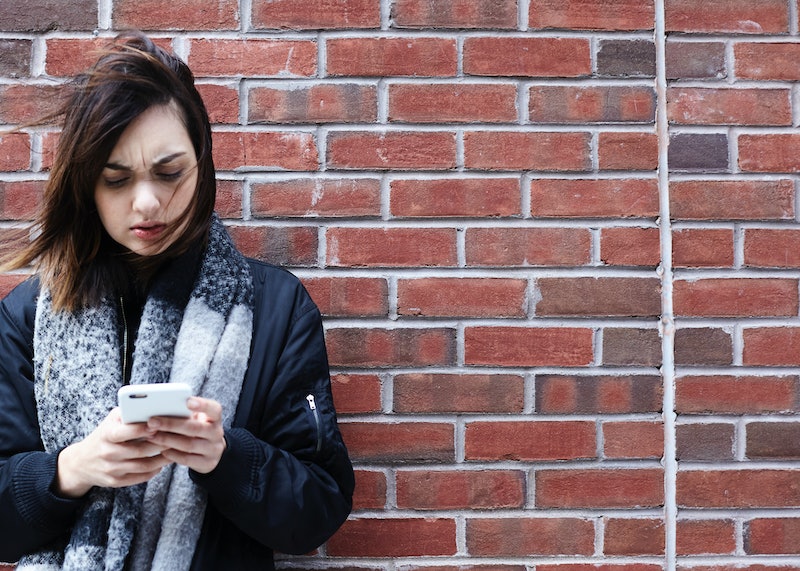 Between TV news, social media feeds, podcasts, and the Sunday paper, there's never a lack of material to inspire some sort of visceral reaction — and, when it comes to news dealing with a controversial, headline-hungry president Trump and his generally problematic White House, that reaction tends to be outrage. Lots of it.

That's not to say that anger felt by these people isn't valid or justified or, in many ways, productive. It can't (and shouldn't) be dismissed. But what's a news junkie to do when they're constantly engaging with news that demands action, attention and (frequently) outrage? How can they maintain perspective, momentum, and a healthy headspace when the next story — and the loop of new information and new anger—is less than a click away?

According to experts in both media and psychology, there's benefits to taking a slower, more mindful approach to consuming and responding to the news. Ultimately, it leaves you more informed and in the right mental space to be an activist.

Dr. Jillian Roberts, Associate Professor of Educational Psychology at the University of Victoria, stresses to Bustle that anger is a normal emotional experience that can absolutely be productive — and needs to be honored.

"I believe that anger is a healthier emotion that fear, and that doing something —like participating in activism — is healthier than taking a passive stance," Roberts says. "Getting involved in advocacy provides a healthy outlet to anger. A person goes from feeling of powerlessness to a sense of being empowered."

Roberts explains that she encourages slowing down media consumption, "limiting news intake" and plotting out productive ways to react to the news while also practicing self-care, particularly for young people.

"In all this advocacy comes the need to self-care. Think moderation," she suggests. "I am all for limiting news intake. There is just so much and so fast."

That "so much, so fast" dynamic is why Dan Gilmor, columnist and author of the book Mediactive, highlights the importance of being media literate and using that literacy to guide what deserves our anger and attention in an infinite cycle of news.

As Gilmor studied the "information overload" created by modern news, he tells Bustle he doesn't refer to it as a "24-hour news cycle" anymore because it's even more immediate — instead, it's more like a "86,400 second news cycle."

"As consumers, audiences of media, I think that the advice I have is to take a breath, slow down, don’t believe anything that you see at first glance," Gilmor says. "Be skeptical of absolutely everything and then use judgement to decide what to trust."

That skepticism is vital for discerning what stories deserve your attention, your energy — and, yes, your anger — when there's just so much going on.

A healthy dose of skepticism, paired with slowing down and spending more time with a story offers readers a chance to really assess the media they're consuming — rather than simply sharing "on impulse" (and potentially feeding in to an outrage cycle). Meanwhile, readers can internalize more information, get a better feel for a situation, and figure out the kinds of actions they can take as a citizen to channel their anger in the healthiest way.