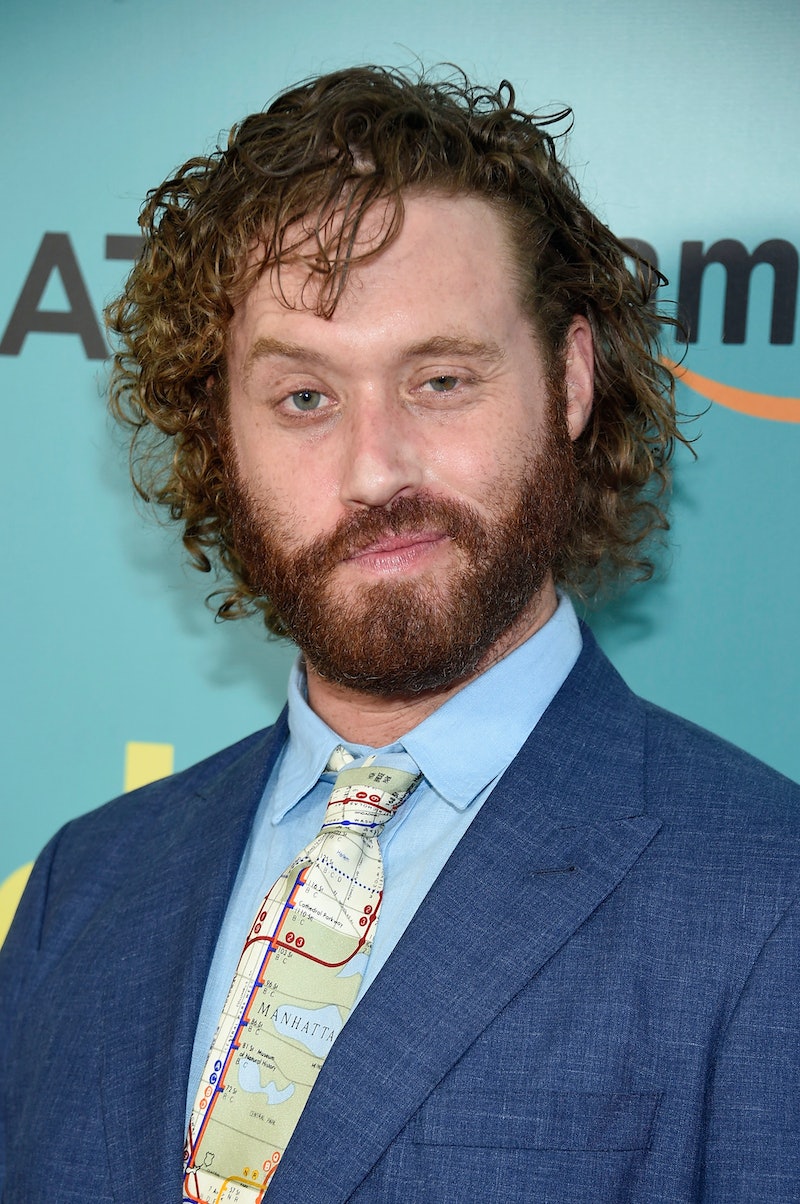 Now that T.J. Miller has left Silicon Valley, he's trying to take over the world — at least, that's what you'd assume by reading one of his most recent interviews. But the way he's trying to accomplish that probably isn't the best path to take, especially since it could end up alienating large groups of his fans. While talking to Vulture, Miller said he's playing the villain, and while it sounds like it's part of his plan to stay relevant, it's not a great way to go about things in the long run.

UPDATE: Miller clarified his statement about women and humor on Monday afternoon in a series of tweets. Miller wrote in one tweet, "Okay, I guess everyone and their parents missed the point--#feminist SOCIETY *supresses* humor in women bc it is a sign of intelligence." Another reads, "Don't get it twisted. The world gets better the more we empower our literal better half. Women ARE FUNNY, against odds that men don't face."

EARLIER: In the interview, Miller makes a few controversial statements about his strategy to stay relevant in the comedy world — partially by saturating the market as he expands his resume to hit every genre of entertainment and partially by remaining subversive. While talking to Vulture, he got on the topic of how he told The Hollywood Reporter that he doesn't like Silicon Valley showrunner Alec Berg. In the THR interview, Miller compared Berg to other writers who attended Harvard and called them "idiots" and "smug as a bug."

And, as it turns out, while Miller doesn't like Berg, he also realized that making eyebrow raising comments can help him stay in the news.

"People need a villain, and I'm occupying that space ... If I'd just said it was an honor to work on Silicon Valley and was thankful to Alec Berg, I would have disappeared. Instead, by being just a little authentic, I infected the news cycle. It's more important to be polarizing than neutralizing. That's my position."

Be that as it may, it doesn't seem like it's quite working for Miller. Those who have read his interviews have already spoken out negatively about him on Twitter. The danger of being polarizing is that it means there's a group of people who are completely turned off by him, and those people aren't going to be persuaded to go see his movies or watch his standup.

He took the opportunity to tell Vulture his opinions on a couple of big name comedians. According to Miller, Louis C.K. is no longer surprising, and Aziz Ansari is "very good at what he does … like Dane Cook." This is obviously going to upset the fans of these two very beloved stars, but then, he went on to insult female comedians as a group, as well.

Miller told Vulture that in his opinion women aren't as funny as men, because "[t]hey're taught to suppress their sense of humor during their formative years."

The idea that women aren't as funny as men is something that female actors and comedians have been trying to combat for as long as there have been female actors and comedians. People question comedies that star all-female casts, like the 2016 Ghostbusters reboot, as if there's no way that these talented women could possibly make anyone laugh. The idea that there's a discrepancy between how funny men and women can be — and that it has to do with how women are raised — is simply untrue.

Miller is right in the idea that it can be hard for a successful career to exist based on talent alone — there has to be some kind of strategy behind it, some way that you stand out among your competitors; that's true of anyone working in any field. But Miller's strategy doesn't need to include putting down his fellow comedians and his former boss, or making bold statements about why women aren't as funny. That's going for the low hanging fruit. It's boring. And isn't that exactly what Miller's trying to avoid?

It's not interesting or funny to be mean, especially for a comedian who's talented and accomplished enough to stand on his own merits. He's certainly making headlines for the things he says, which seems to be his goal, but he's taking the easy way there. Being playing villain as part of some plan doesn't make you clever, it just makes you a villain.