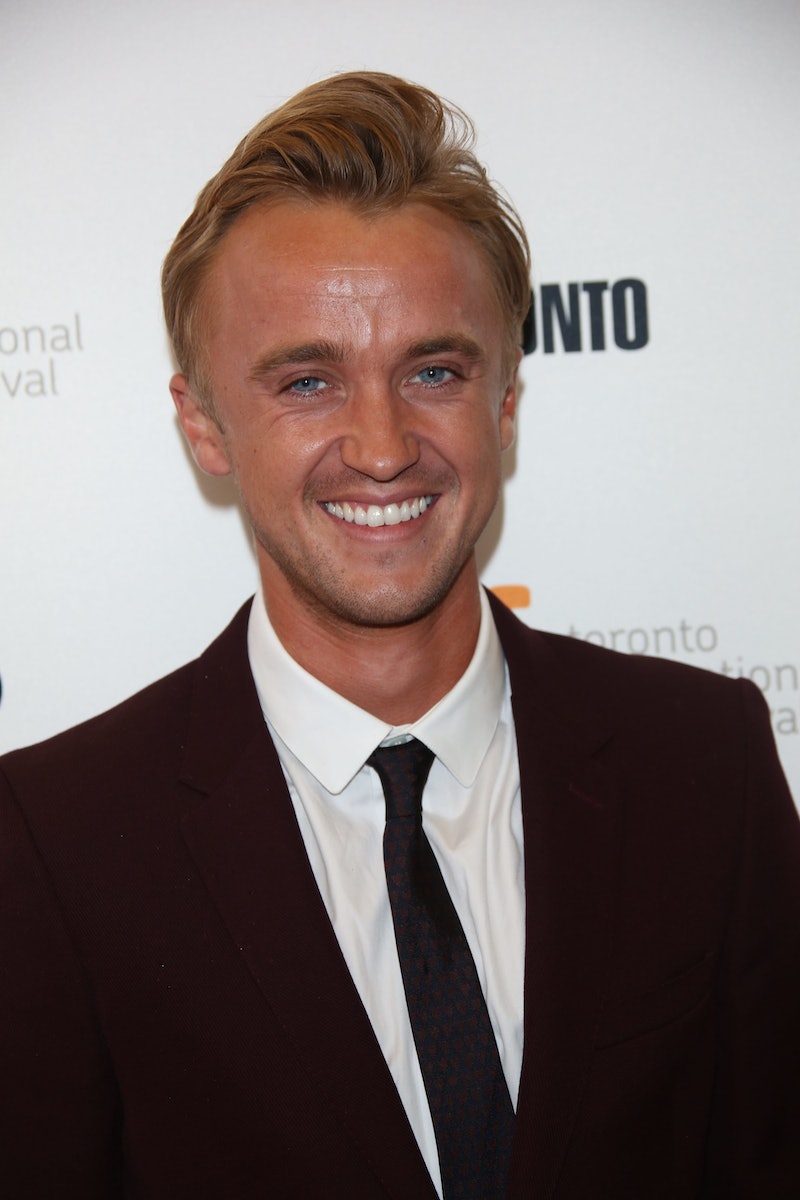 Some bad news for Lucius Malfoy: Tom Felton was sorted into Hufflepuff on the official Wizarding World website — and his response invoked his Harry Potter counterpart (and proud Slytherin) Draco Malfoy. Felton shared a series of screenshots last week on Instagram from the Wizarding World’s “Harry Potter at Home,” an online entertainment hub launched for fans amid the COVID-19 pandemic. Per his Wizarding Passport (in which he aptly used the moniker Draco Malfoy), Felton discovered that he does not, in fact, sort into the same house as the fictional character that he played for eight films.

“A sad day....on so many levels,” Felton captioned the results on Instagram. He also tagged his fictional alma mater, Hogwarts School of Witchcraft and Wizardry, in the locations. Still, despite his sorting woes, Felton remains in good company. After all, Hufflepuff houses some distinguished members, such as Cedric Diggory (Robert Pattinson), Nymphadora Tonks (Natalia Tena), Pomona Sprout (Miriam Margolyes), and, of course, Newt Scamander (Eddie Redmayne).

Felton isn’t the only Harry Potter alum to get sorted into a Hogwarts house opposite from his fictional counterpart. Rupert Grint and Matthew Lewis, who played the beloved Gryffindors Ron Weasley and Neville Longbottom, respectively, were similarly sorted into Hufflepuff on Pottermore in 2016. Luna Lovegood actor Evanna Lynch, on the other hand, was sorted into Gryffindor despite her character’s Ravenclaw ties.

But wait, the sorting saga continues: Felton took the same sorting quiz as Grint, Lewis, and Lynch on Pottermore in 2015 and received a completely different result from that of Slytherin or Hufflepuff. Per a tweet at the time, Felton revealed he was sorted into Gryffindor and wrote that he was “heart broken.” Harry Potter author J.K. Rowling responded to Felton’s tweet and wrote, “I could've told you that years ago. I just didn't want to spoil your motivation.”

Felton’s nostalgic walk down Harry Potter lane comes after Daniel Radcliffe similarly returned to his wizarding roots last week. The actor who played the titular boy wizard read the first chapter of the first Harry Potter book, Harry Potter and the Sorcerer’s Stone, for Rowling’s new “Harry Potter at Home” collaboration with Spotify. Kicked off by Radcliffe, each chapter of the audio book series will be read by different celebrities each week. Redmayne, David Beckham, Stephen Fry, Claudia Kim, Noma Dumezweni, and Dakota Fanning will also lend their voices.

As for who else could turn up for Sorcerer's Stone's audio readings, we're keeping our fingers crossed for a Felton cameo — that is, whenever he recovers from his Hufflepuff sorting.