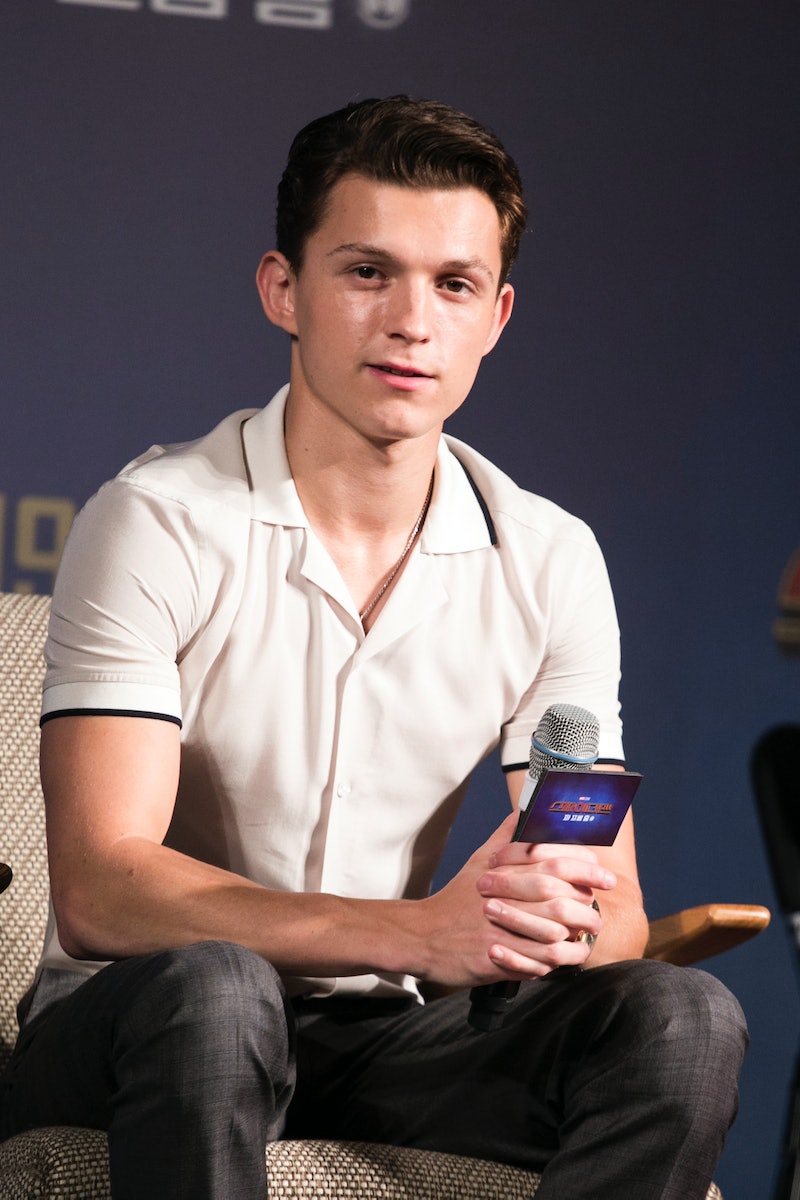 Acting is about transforming into different personas, but what about when an actor becomes a sought after celebrity? It is possible to be too famous and a side effect of that is the possibility the audience won't "believe" an actor is the character he is portraying. Spider-Man star Tom Holland recently addressed how he wants to maintain his privacy and discussed being the subject of recent romance rumors in an interview with GQ Style.

Yes, it is a sign of success that fans (and the media) care about Holland as a person, but he does not want his private life to be so public. In the interview, the actor declared, "It's just, I'm a very private person. If you do a Google search, I'm not a tabloid person. I don't like living in the spotlight. I'm quite good at only being in the spotlight when I need to be."

What spurred this on? Let's backtrack a bit. In July TMZ published photos of Holland with a "mystery blonde" enjoying some beers at a concert in Hyde Park. That wasn't the only website to share the photos either. The simple outing got a lot of attention, something that Holland did not see coming. And, as a result, the "mystery" was solved. The woman was eventually identified by her full name and her social media handles with plenty of speculation about whether or not the two of them were dating.

Holland did the GQ Style interview just a few days after that story unraveled. He admitted, "So yeah, it hasn't been the best week." The interviewer asked the actor, "Because this person's privacy was violated by a million tabloids?" This was exactly the reason. Holland went on to confess, "It just was a bit of a shock to the system. It's the first time I've ever kind of been in the tabloids. It's the first time something like this has ever really happened to me."

After repeating that the tabloid coverage was "a bit of a shock to the system," he concluded, "Um, but you know, but it's something that you look at and you go, 'Oh, well, I just don't put myself in that situation again.'"

Looking back at the incident, Holland declared, "For me, it's a reflection of a life that I don't live. And I like my private life, I like my friends, I like going out." And he should. After all, he is just like any other twenty-three-year-old guy at the end of the day. He deserves the normalcy that anyone else would get.

The concert spotting wasn't the most scandalous story in celebrity news history, but it certainly seems like a turning point for the up-and-coming star. He reflected, "Yeah. I was just, 'Whoa, what is going on here?' And it was just a little stressful. You know, it was a wake-up of, like: 'This is what your life is now. So just be wary.'" And, he really should be. The Spider-Man franchise is wildly popular. Unfortunately for Holland, this means that there will be an increasing curiosity about his private life.

Before the concert incident, rumors swirled that he was in a romantic relationship with his Spider-Man costar Zendaya, which is not something that neither of the stars has confirmed nor denied.

Realistically, it's going to be difficult for Holland to have a completely private life as his public profile rises, but it seems like he has learned a lesson after the recent tabloid attention. This means that he may need to be more careful to live the life that he desires, but hopefully the man who plays a superhero on screen will be able to rescue his private life and stay away from the cameras.