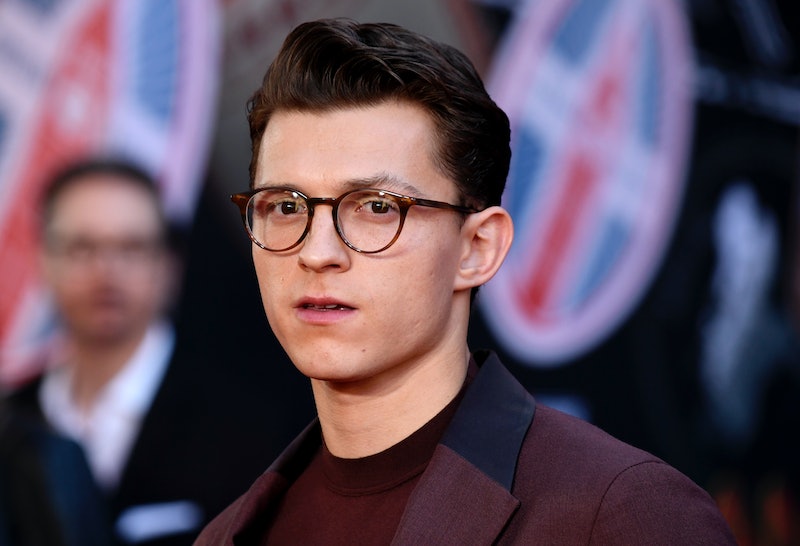 Interviews are a great way to see into the minds of actors. To get a look behind the veil and see what really makes them tick. Which is an absolute joy for super fans, especially when it comes down to the nitty gritty. Are they really just like us? Do they like their toast a little bit over done and with so much butter that it leaves a grease mark on the plate? Or more importantly, so they watch Love Island? Well Tom Holland talked about Love Island in an interview and he is basically all of us.

It was in a super cute interview for Fandango All Access alongside Spiderman: Far From Home costars Zendaya and Jacob Batalon that he answered a relatively normal question with an absolutely perfect response. While discussing what would be the most annoying thing about Thanos' snap, he said

"You would've missed five seasons of Love Island. That would be really bad."

Drop the damn mic. Pick it up and drop it again. You deserve it, Holland. Thing is though, balance is important for the universe's sake. So his costar Batalon's response was also too real.

"But also that means that you have five extra years on your life."

Sick burn bro. You can see the exchange in the video below.

For the uninitiated, you might be wondering why they were on about a five year gap. Warning: Marvel spoilers ahead. Well, in Avengers: Infinity War Thanos snapped half of the universe out of existence in what is known as "the snap." It got rid of Peter Parker and some of his classmates, including his on-again off-again maybe girlfriend in all the comics/movies/cartoons, MJ. But the Marvel universe is pretty dang huge, so all of the fallen were actually brought back in Avengers: Endgame by the heroes who had survived. But that was five years later. Which doesn't sound like much, but could you imagine falling asleep in 2014 and waking up today? Could you imagine sleeping through the last five years of complete political chaos? And yes, missing five years of Love Island?

Ugh total shudders. However, in the new film, the whole five year gap situation actually brings the crew closer together. Zendaya, who plays MJ, spoke about the gap in the interview with Fandango All Access.

"It kind of puts our characters in a special place. Because now we come back and the world’s kind of changed, and we all have to kind of depend on each other a little bit more, because we’re like the oddballs now. We kind of have to confide in each other with that experience, and that’s cool."

The new film sees Spiderman and his pals deciding to take a nice vacation and get away from it all. But obviously that would be so effing boring so drama definitely follows him and it is pretty intense drama FTW. The film is out in cinemas soon so you should definitely check it out — if you have time between Love Island reruns.