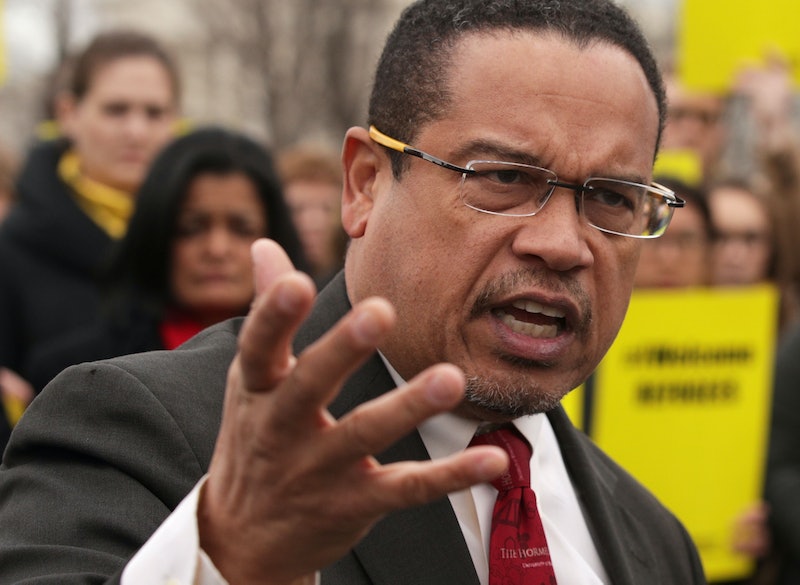 Mere moments after the final results came in, and former labor secretary Tom Perez won the job of Democratic National Committee chairman, all those disappointed fans of his opponent got a major pick-me-up: Perez made a surprise move to make Keith Ellison DNC deputy chair, a show of unity that should go a long way towards healing any lingering wounds.

It was Perez's first official act as the head of the Democratic Party, and make no mistake, it needed to be. Despite the fact that DNC chairman is not a terribly consequential job in terms of party policy, the vision of the person at the top can have big implications for fundraising, and for the organizing strategies that are implemented on a state-by-state basis. One of the more prominent recent examples was former Vermont governor Howard Dean's stint as DNC chair from 2005 to 2009, when he enthusiastically backed the 50-state strategy that helped build Democratic majorities in both the House and Senate — majorities they've lost in the 2010 and 2014 congressional elections, respectively.

And yet, there was another, potentially even more consequential dynamic in play in this race: the perception that Ellison vs. Perez became a proxy battle between loyalists of Bernie Sanders' 2016 campaign, and the Democratic establishment that largely backed Hillary Clinton. As such, with the unity of the party under strain, Perez immediately bringing Ellison into the fold is a strategically savvy move.

In short, it's precisely the sort of conciliatory, tangibly outstretched hand that supporters of Sanders never received from the Clinton campaign last year, a fact which surely helped fuel the ongoing bitterness and resentment among the party's hard-left base. Tim Kaine for vice president, suffice to say, did not smooth over any of the 2016 primary's still-bleeding wounds. And, in a race that Clinton ultimately lost on the strength of less than 80,000 votes scattered across three states, that sense of resentment may have proven hugely consequential.

It also solidifies what's by any measure a firm move to the left for the DNC. While Ellison backers are surely disappointed that he didn't get the top job, Perez/Ellison atop the DNC represents a major leftward shift from the chairs who served during the last few years, Debbie Wasserman Schultz and Donna Brazile.

In short, it'll be crucial to see how the Democratic base responds to the new chairman and his deputy ― especially the aforementioned Sanders, who remains one of the most popular progressives in the entire country, and was a major Ellison backer. If the 2016 primary race demonstrated anything, it's that even largely symbolic shows of progressiveness and establishment respect for and embrace of the grassroots matters in Democratic politics, and these once-rivals teaming up is as good a sign as any that the party might be getting that, slowly but surely.