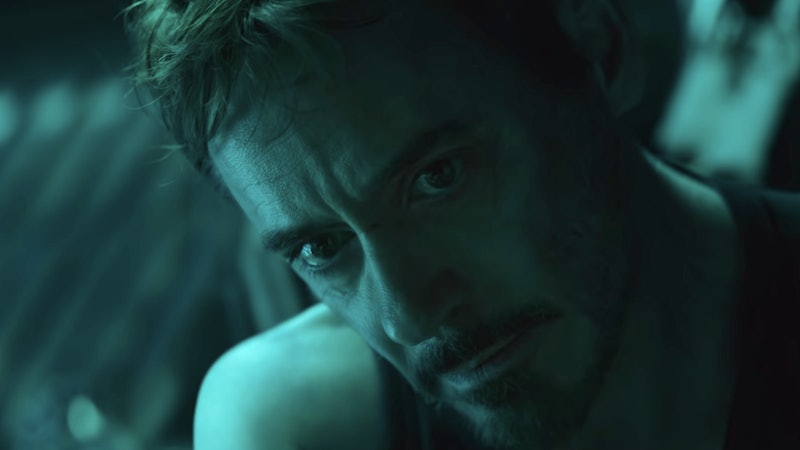 There were a lot of stressful moments to unpack in Avengers: Endgame. The only place that seemed to hold any semblance of peace and tranquility was Tony Stark's lakefront cabin where he and Pepper raised their daughter happily together for five years. And now it seems fans can experience that serenity for themselves because Tony Stark's Avengers: Endgame cabin is available to rent on Airbnb, so start planning those vacations accordingly.

The cabin played a surprisingly significant role throughout the movie. Not only was it the first place that gave Tony some semblance of a real life away from the responsibilities and burdens that come with constantly trying to save the world, but it also served as his final resting place after he sacrificed his life in order to defeat Thanos. In fact, it was where the Avengers themselves had their final moments together, as they gathered for Tony's heartbreaking funeral service.

So, for those out there who would also like to pay their respects to Tony — or, you know, just get away and relax in a really, really nice cabin — then consider this the perfect opportunity to do just that. And the best part is, it's only a few clicks away.

Upon first glance, even diehard fans may have a difficult time discerning whether or not this is truly the same cabin where Tony, Pepper, and Morgan resided in Endgame. The Airbnb listing describes the place as a “lakeside cabin in the woods,” that is conveniently 20 minutes from Hartsfield-Jackson Atlanta International Airport. There's absolutely no mention of it being connected to Avengers: Endgame in any way, however, that didn't stop a few clever Reddit users from connecting the dots and figuring out that the two places were one in the same. They used images from both spots and compared the similarities side by side.

But just in case you're still not convinced, Entertainment Weekly also took the liberty of reaching out to the person who posted the listing in the first place, and they confirmed that this is indeed the cabin featured in Endgame after all. “You will find us in the credits of the movie,” the lister told the outlet on Tuesday, June 11. Since the confirmation, all the buzz has inspired the person to update the listing itself so that all interested parties know what this place really is: “Avengers: Endgame fans… Would you like to stay in Tony Stark’s cabin? This is the iconic cabin in the movie!”

Like most good things, though, it comes with a price. The cabin currently costs $800 per night, which is no small price. So start saving those dollars now, and get ready to experience a vacation you won't soon forget. Just be sure to document the trip so you can brag to all of your friends and coworkers that you stayed the night at Tony Stark's place. It's the perfect way to ensure that Iron Man lives on, and proves that even though he might have died in Endgame, he's definitely not forgotten.

More like this
Nicola Coughlan Shared A Lady Whistledown Excerpt From ‘Bridgerton’ Season 3
By Grace Wehniainen, Alyssa Lapid and Sam Ramsden
The 50 Most Powerful Characters In The Marvel Universe, Ranked
By Johnny Brayson and Nola Pfau
Lin-Manuel Miranda & Tituss Burgess React To 'Little Mermaid' Casting Backlash
By Radhika Menon
This Episode 6 Moment Foreshadows Viserys' Fate On 'House Of The Dragon'
By Grace Wehniainen
Get Even More From Bustle — Sign Up For The Newsletter